'We want to get that TV': Heavily marked down electronics, only available in-store, will keep crowds heading to many big-box retailers this holiday shopping season. 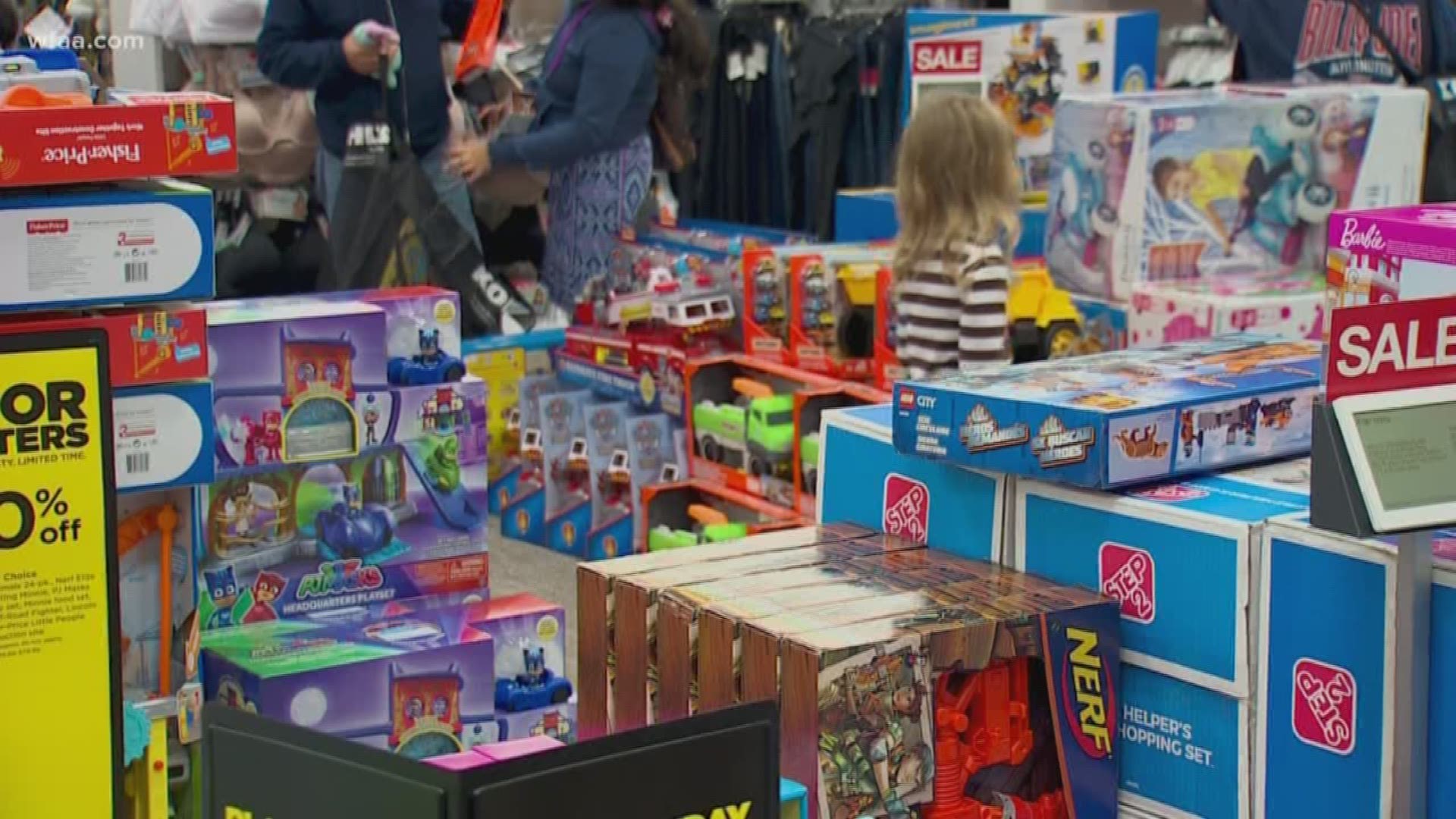 DALLAS — Thanksgiving Day was a mad dash to some big-box retail stores for many eager shoppers across North Texas.

“We want to get that TV,” Lindy Rodney said as she waited outside the Best Buy on Park Lane. “$199.”

Many of the people who spent part of their Thanksgiving waiting in line outside stores before they opened had to brave rain and cold temperatures.

RELATED: Showers and storms ahead for post-Thanksgiving travel across Texas

Many stores like Best Buy, Kohl’s and Target opened their doors at 5 p.m. Thanksgiving Day. Doorbuster deals shoppers could only purchase in-store were the big draw for many consumers.

More than 165 million people across the United States are expected to shop Thanksgiving Day, Black Friday and over the weekend through Cyber Monday.

Tracy Rucker hit the stores with her sisters. They noted the crowds in the stores seem to be dwindling compared to the past few years.

"There really haven’t been any, compared to last year," Rucker explained. "We actually went to Bed, Bath and Beyond. We’re at Kohl's. We just walked in, got what we wanted and walked out."

Many retailers have been advertising Black Friday sales since Monday. There is another hot spot people are doing their shopping.

Shoppers have a shortened time frame for deals this holiday season compared to last year.

Some retailers say over the next five days, you’ll notice electronics heavily discounted and selling out the fastest. They also add it’s a good time to buy small appliances.

Retail watchdogs say you may want to hold off purchasing furniture until January. They also suggest holding off buying toys until the two weeks leading up to Christmas.