Work is underway to save a two story-piece of North Texas history. The Hosford Homeplace, situated five miles north of Waxahachie on Highway 77, was once home to the area's founding family. 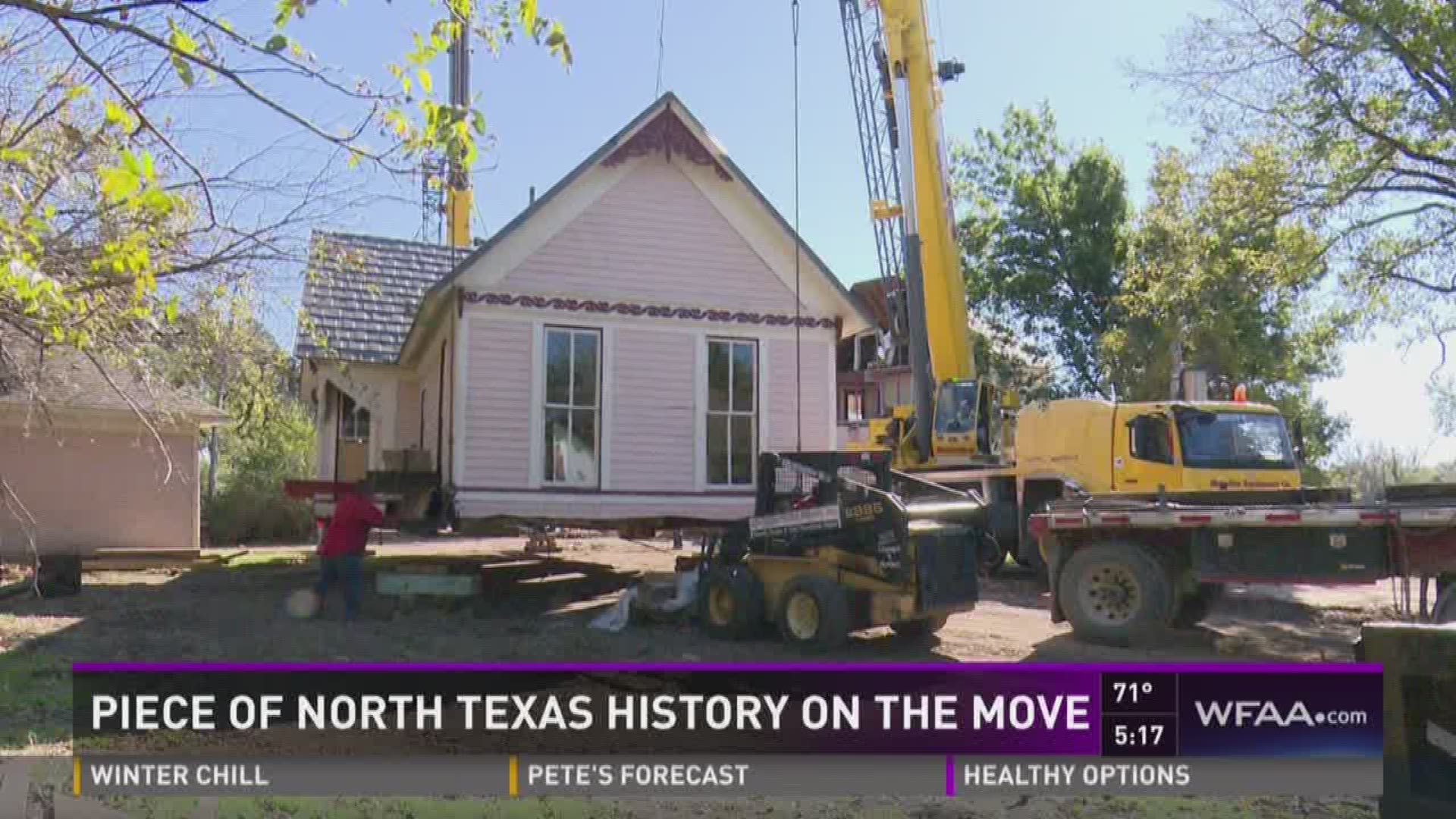 WAXAHACHIE -- Work is underway to save a two story-piece of North Texas history. The Hosford Homeplace, situated five miles north of Waxahachie on Highway 77, was once home to the area's founding family.

"The bulldozer would be the worst nightmare," said Stephen Hidlebaugh, a developer from Midlothian. "Somebody coming in stripping all the architecturals, bulldozing it and putting it in a landfill."

The turn-of-the-century mansion is a showcase of craftsmanship. From the door hinges to the original windows, to Hidlebaugh, everything was worth saving.

That's where McMillan Movers come in. The work is extremely specialized. Over the course of two months, they carefully cut the home into four pieces. Crews spent Monday morning removing the pieces with two large cranes and prepping them for a semi truck ride south.

"The whole idea is to capture, its entire history and to preserve it as it it once was," said Karen McMillan.

The house will soon be moved to a new home in downtown Midlothan as part of a unique project dubbed Founders Row. It will soon sit among eight other mansions from the era.

"We're going to take a house that was private and actually make it public," Hidlebaugh said. "Now the public can come in and enjoy the space, see the architecture, all the unique staircases and stained glass."

The work is just getting started but this part of the job was by far the most difficult and expensive. Just the move comes with a $200,000 price tag.