Fernando Castro and his family immigrated to the United States in the 1980's. He shares his family's story through food at Sabor Latino. 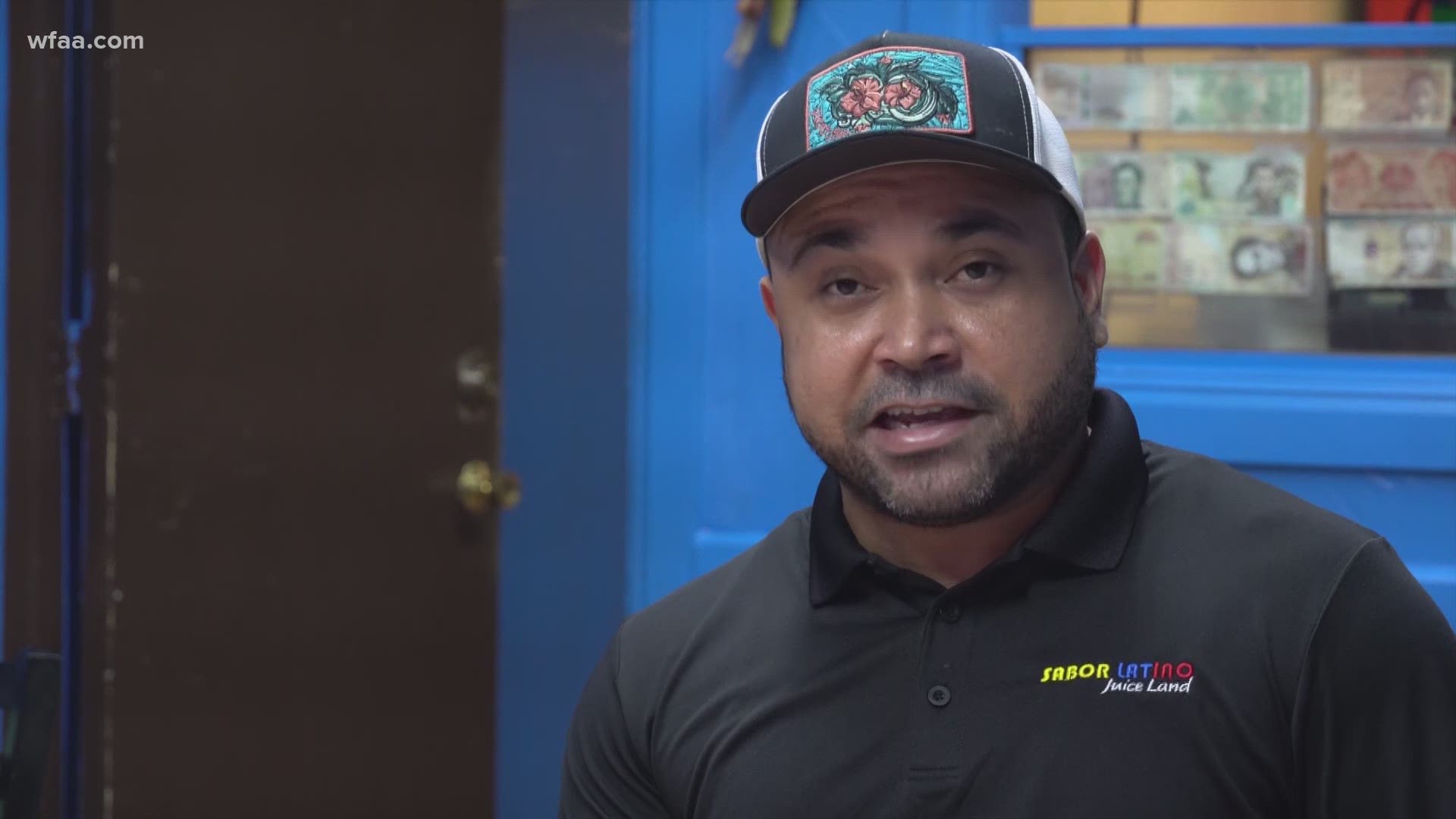 ARLINGTON, Texas — For nine years, Fernando Castro's family has run a restaurant called Sabor Latino. It's tucked near a corner of a shopping center on South Collins Street in Arlington.

His family is from Colombia. In 1984, they immigrated to the United States to escape violence. Castro holds his roots close, and shares his culture through food.

"Most of our ingredients are even imported from Colombia," said Castro.

The restaurant has many popular dishes, including homemade empanadas stuffed with brisket and potato filling. He sells about 8,000 to 10,000 empanadas a month.

"It tastes very much like it does at home in Colombia," he said.

Two of his aunts help make the food at Sabor Latino. The recipes come from generations before them.

"I don't know why there wasn't one before me," he said. "Before you go to El Paso, if you want Colombian food, this is your last stop."

Castro never imagined he would be running two businesses. He appreciates the sacrifice of his mother, bringing him to the United States for a better life. And he is proud to share his culture with the people of North Texas.

"Everything is made with love," he said.