Here's the word on H-E-B moving into DFW 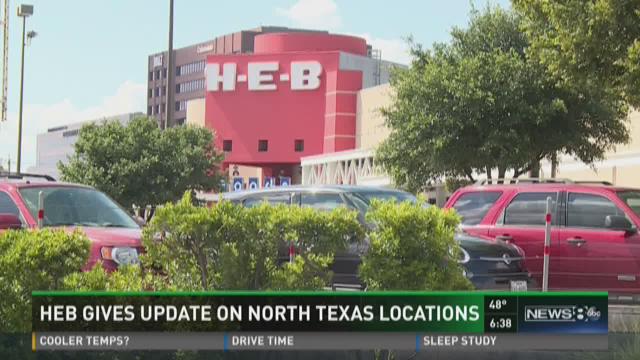 DALLAS -- Two grocery stores acquired by H-E-B/Central Market in August are being transformed into Central Markets.

The San Antonio grocer announced Tuesday that a former 42,000-square-foot Sun Fresh Market at Midway Road and Northwest Highway will undergo a full remodel to serve the western Preston Hollow, Bluffview and Devonshire areas of northwest Dallas. The store is expected to create 250 new jobs and open in fall 2017.

Another Sun Fresh at McKinney and Lemmon avenues in Uptown is still being evaluated for development options. No opening date has been set.

“We have had our eye on these two prime locations for many years,” said Stephen Butt, senior vice president of Central Market, a division of H-E-B. “Central Market takes a very disciplined approach in selecting the best locations for our special brand.”

The two locations were part of a six-store Sun Fresh Market portfolio H-E-B/Central Market purchased this summer from Carrollton’s RLS Supermarkets LLC. The company said it purchased all of the stores in order to acquire the Uptown and Midway Road locations.

After the purchase, speculation swirled over whether the company would transform the stores into H-E-B or Central Market locations. At the time, H-E-B, which has no locations in Dallas, told the Dallas Business Journal that Central Market “continues to be the primary format for the Dallas-Fort Worth Metroplex.”

Of the remaining portfolio, a unit at Mockingbird Lane and Abrams Road has been sold. The other three stores, at Hardin Boulevard and El Dorado Parkway in McKinney, State Highway 121 and Hall Johnson Road in Grapevine and Northwest Highway and Ferndale Road in Dallas, are still under evaluation, but will likely be sold or leased to other retail tenants, H-E-B said.

With Tuesday’s announcement, Central Market grows its presence in Dallas-Fort Worth to seven stores. It has locations in Dallas on Lovers Lane and in Preston Oaks, and in Fort Worth, Plano and Southlake, as well as a delivery service.