"I always thought we would make an impact on the football field, but he’s making an impact now." 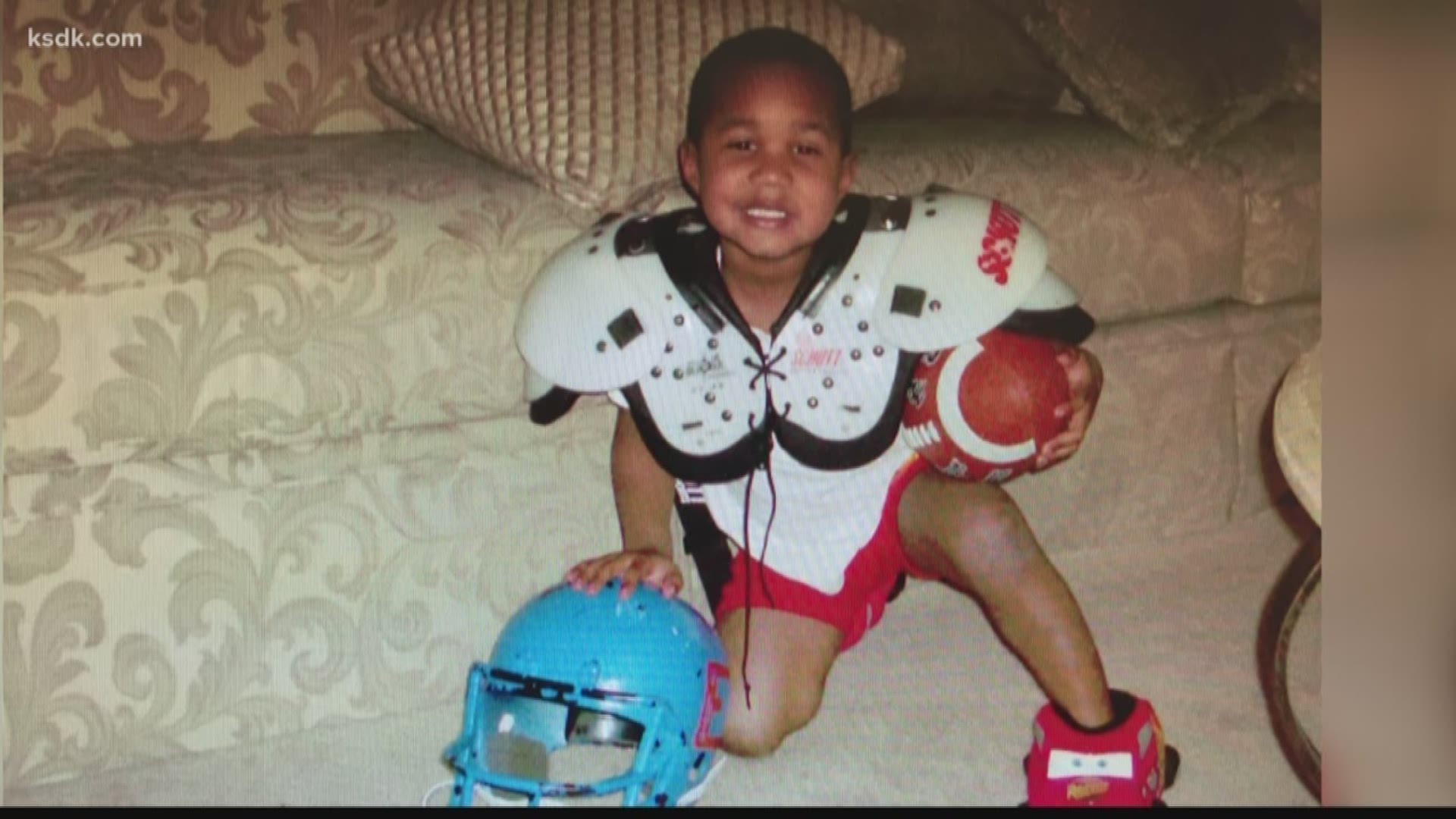 BELLEVILLE, Ill. — A rising football star from the Metro East was shot and killed this weekend.

Jaylon McKenzie was just 14-years-old and in that time, he had already received national attention for his football skills.

Jaylon was killed Saturday night at a post-prom house party. We were told that a fight broke out and Jaylon walked out to leave the party when a stray bullet hit him.

Humble, dedicated, loyal, respectful. These are the words that Sukeena Gunner used to describe her son Jaylon Mckenzie.

This rising star was a major athlete, playing basketball, track, and football. Gunner tells us that his first word was "ball".

He was 5 the first time he played football. From there, Jaylon worked hard.

As you can see here, 10-year-old Jaylon is practicing in front of the mirror:

His hard work landed him in the Future Issue of Sports Illustrated. He got their attention when he caught five passes for 161 yards and two touchdowns to help the East Team to victory at the NFL's 8th Grade All-American Game. In 2017, he rushed 1,546 yards and 21 touchdowns for his youth football team, the East St. Louis Jr. Flyers.

"He stuck out on any team and that didn’t matter because even though he stuck out on that team, he wanted to stick with that team," she said. "He had that gift, but he didn’t think he was better than you."

His dream was to make it to the NFL.

RELATED: 'Such a promising future': Mom of 14-year-old football star killed at party asks for prayers

"His dream was to walk across that stage and call his name: Jaylon McKenzie you're drafted by whoever it was. He didn't care the team, he just wanted to share his talents with the world," Gunner says.

Recently, Jaylon received scholarship offers from the University of Missouri and Illinois.

"I always thought we would make an impact on the football field, but he's making an impact now," Gunner tells us emotionally.

As for the shooting, there's no update from police on the search for the shooter. Another teen was also shot at the party. She's in critical condition.

Full interview: Jaylon McKenzie's mom remembers her son after he was shot and killed