'He crippled us overnight': Doggy daycare owner evicted, had belongings taken by landlord

Texas Pups in Little Elm was evicted because they could not pay their rent during COVID-19 crisis. 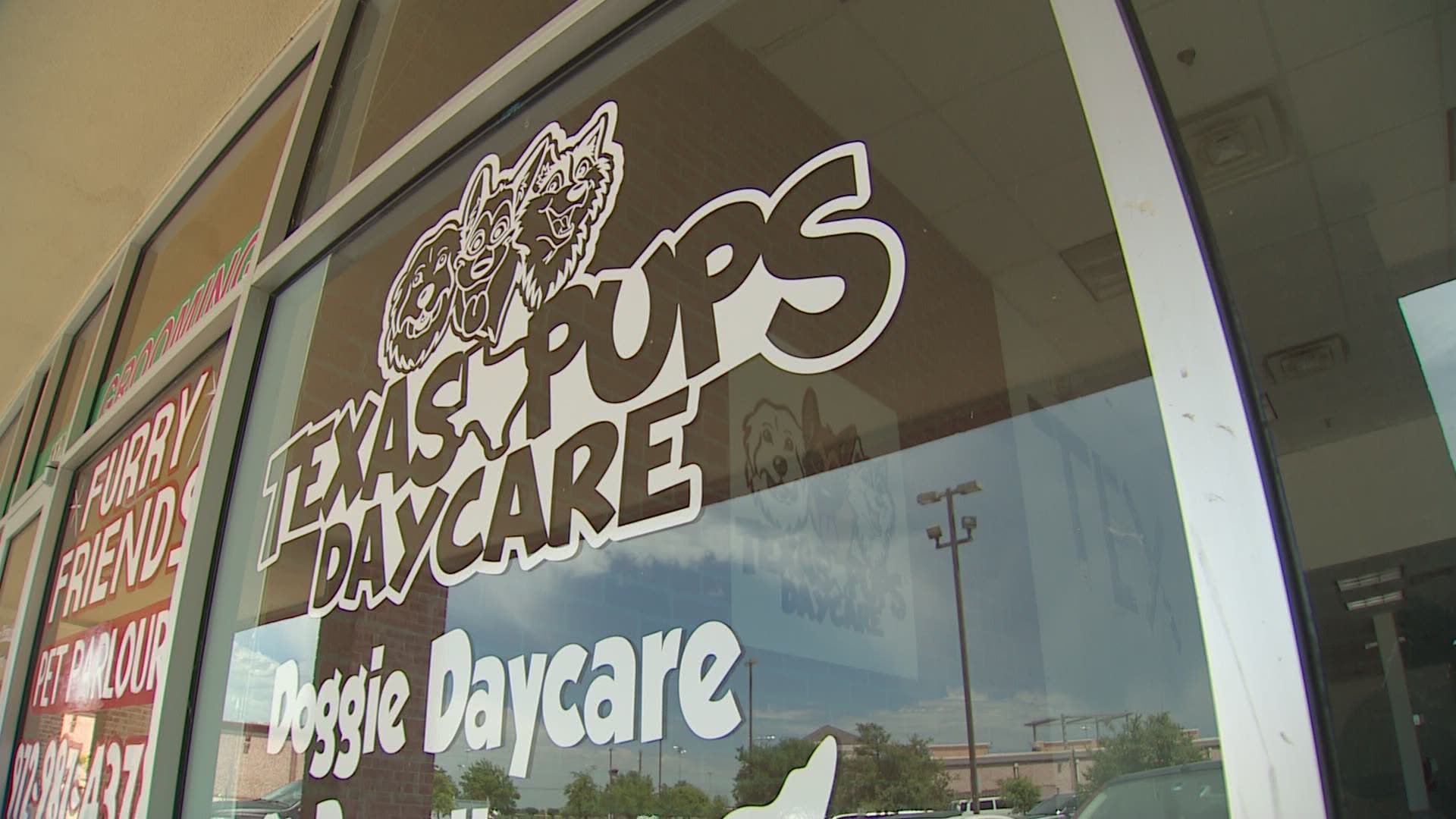 The owners of a small business in Little Elm say they were evicted despite the governor's order prohibiting evictions during coronavirus closures.

May and Alisha Mahboob closed Texas Pups, a doggy daycare, after stay-at-home orders went into effect. They were stunned and angry when they found out the landlord had locked them out and took everything inside earlier this week.

"We noticed all our belongings, our $40,000 worth of fencing, our equipment for dogs everything was gone,” said May Mahboob.

Texas Pups put a notice on the door saying they would be back when the orders were lifted. The owners say they paid part of their rent in March and tried to work out a deal with their landlord to pay the rest and pay for April.

The property owner did not respond to multiple requests for comment from WFAA.

The owners of Texas Pups say they called Lakshmi Investments multiple times to let them know they could not pay now but would pay later.

“We didn't hear anything back from him whatsoever. No reply,” May Mahboob said.

The landlord cleared out Texas Pups without any warning or court hearing. The owners found some of their belongings in the trash.

"He crippled us overnight and now we don't even know if we can ever start or move on from this,” Alisha Mahboob said.

The owners think their landlord just assumed they won't fight, but they want to stand up for themselves.

The owners say they have tried to get part of the stimulus money or loans but have not heard back. They say they can't afford a lawyer.