Have a Thanksgiving attack plan yet? Some popular food spots are overwhelmed with pre-orders 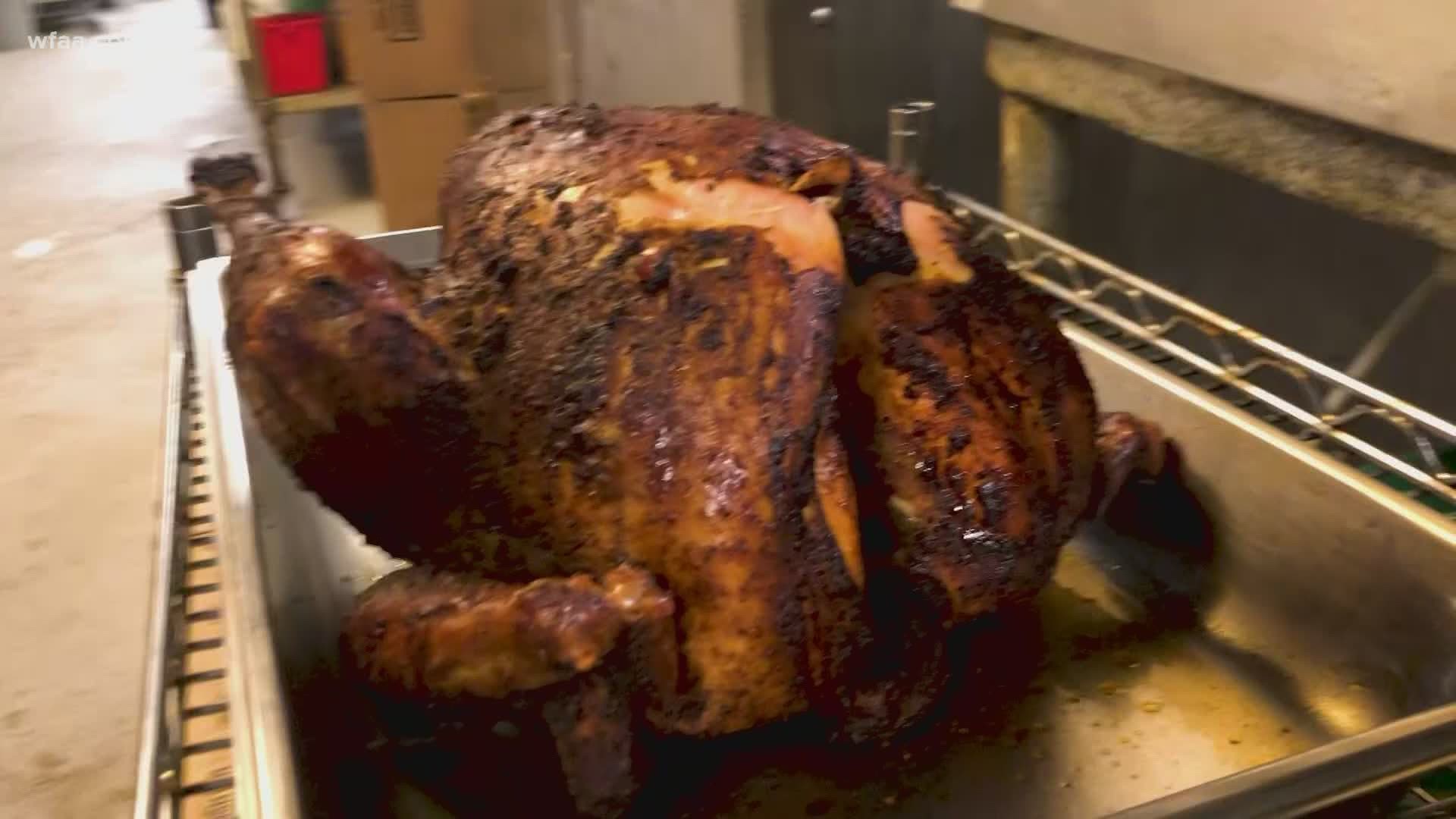 DALLAS, Texas — The Centers for Disease Control and Prevention urged people Thursday to not travel for Thanksgiving as COVID-19 cases continued to surge both in Texas and around the nation.

Airlines saw cancelations rise in the afternoon as the recommendation reached phones and social media feeds.

On Thursday during a news conference, Governor Greg Abbott gave scarce advice on how Texans should celebrate the holiday. He only urged folks to stay home and gather with those living in the same household.

Meaning, Thanksgiving in 2020 will be much different than in any previous year.

Businesses are already seeing a large demand for pre-ordered holiday meals and there will surely be a rush at grocery stores to accommodate the increased number of families that aren’t traveling.

It doesn’t help that 87,000 turkeys belonging to Greenberg Smoked Turkeys Inc. went up in flames in Tyler during a plant fire earlier this month.

The company is a big favorite when it comes to supplying a bird for Thanksgiving meals in the metro.

“Right now we’re seeing about three to four times what we would normally see as far as orders go during Thanksgiving,” co-owner Brent Reaves said.

“I’ve had people come in and say they normally get their turkeys from Greenberg and that they need help,” co-owner Juan Reaves added.

Because families won’t be gathering in bulk this year, Smokey John’s is offering a smaller meal package that includes only turkey legs stuffed with Thanksgiving dressing.

The meal comes with other fixings too.

“We just wanted to offer people something affordable that’s not an entire turkey,” Juan Reaves said.

The Reaves brothers also added that they’re not turning anyone away on Wednesday night, adding that they may likely have some turkeys last minute depending on how the week goes.

Smaller turkeys will be in higher demand this year due to smaller gatherings and it may be harder to find them.

Some grocery stores like Kroger have increased their turkey selection but it’s not clear how long availability will hold up there or elsewhere.

In Bishop Arts, Megan Wilkes is baking pies as fast as she can.

She co-owns Emporium Pies and told WFAA that pre-orders for pies are consuming demand.

“We’ve already sold out on our deliveries and we expect to sell out on pre-ordered pickups by Sunday or possibly sooner,” Wilkes said.

For Wilkes, Thanksgiving is a busy time as it is.

She said that most customers, like many in the pandemic, have gotten good at shopping online, adding that a click of a mouse or a swipe on a phone means that their Thanksgiving dessert will be taken care of.

Wilkes also added that so many businesses have had to change their models during the pandemic and that most customers don’t want to chance to buy last minute if a restaurant is already stretched thin labor-wise.

“It’s better to plan ahead and know what you’re going to be dealing with,” Wilkes said.

If you're not going to the grocery store, The Dallas Morning News has put together a good list of places that are offering up food in North Texas.