Happy New Year from Sundance Square in Fort Worth

In 2020, may we all have at least a piece of the happiness and hope for the future that is shared by Luciano and Brianne Verala. 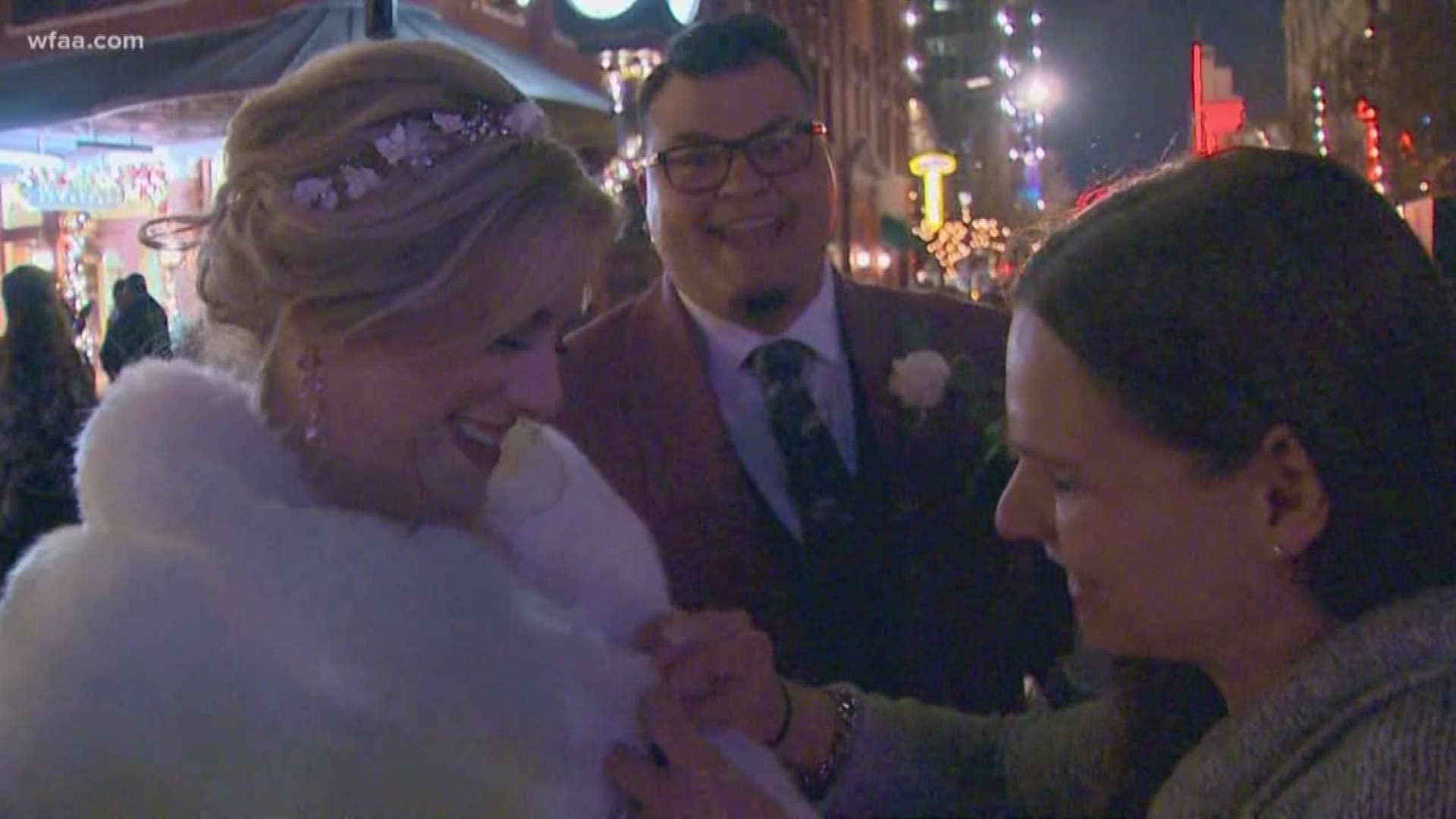 Of all the stories of new beginnings, of new hopes and dreams for the new year that we could find in Fort Worth, we stopped when we found Luciano and Brianne Verala.

Twenty minutes earlier, they’d chosen New Year’s Eve to get married. We caught up with them as their photographers took their wedding photographs amid the lights and fog machines and music and revelry in Sundance Square.

“Because it’s New Year’s Eve,” Luciano said when I asked why they chose tonight. “I mean, we’re going to end and start the year amazingly.”

New Year's isn't as joyful for some people.

Just nine miles away from this party, 2019 ended horribly for a church and its congregation. For the West Freeway Church of Christ, the new year starts with sadness, grief, and pain.

However, on New Year’s Eve in Sundance Square, as people chose to step confidently into a new year, there is hope all of us might have at least a piece of the happiness and hope for the future that is shared by Luciano and Brianne, and all the possibilities that 2020 might bring.

“It’s a great start,” Luciano said. “It’s only going to be a great marriage because I love her so much. I love you, baby.”

“I love you, too,” Brianne answered as they embraced.