Maggie was invited to the grand opening and has since used the swings almost every day. 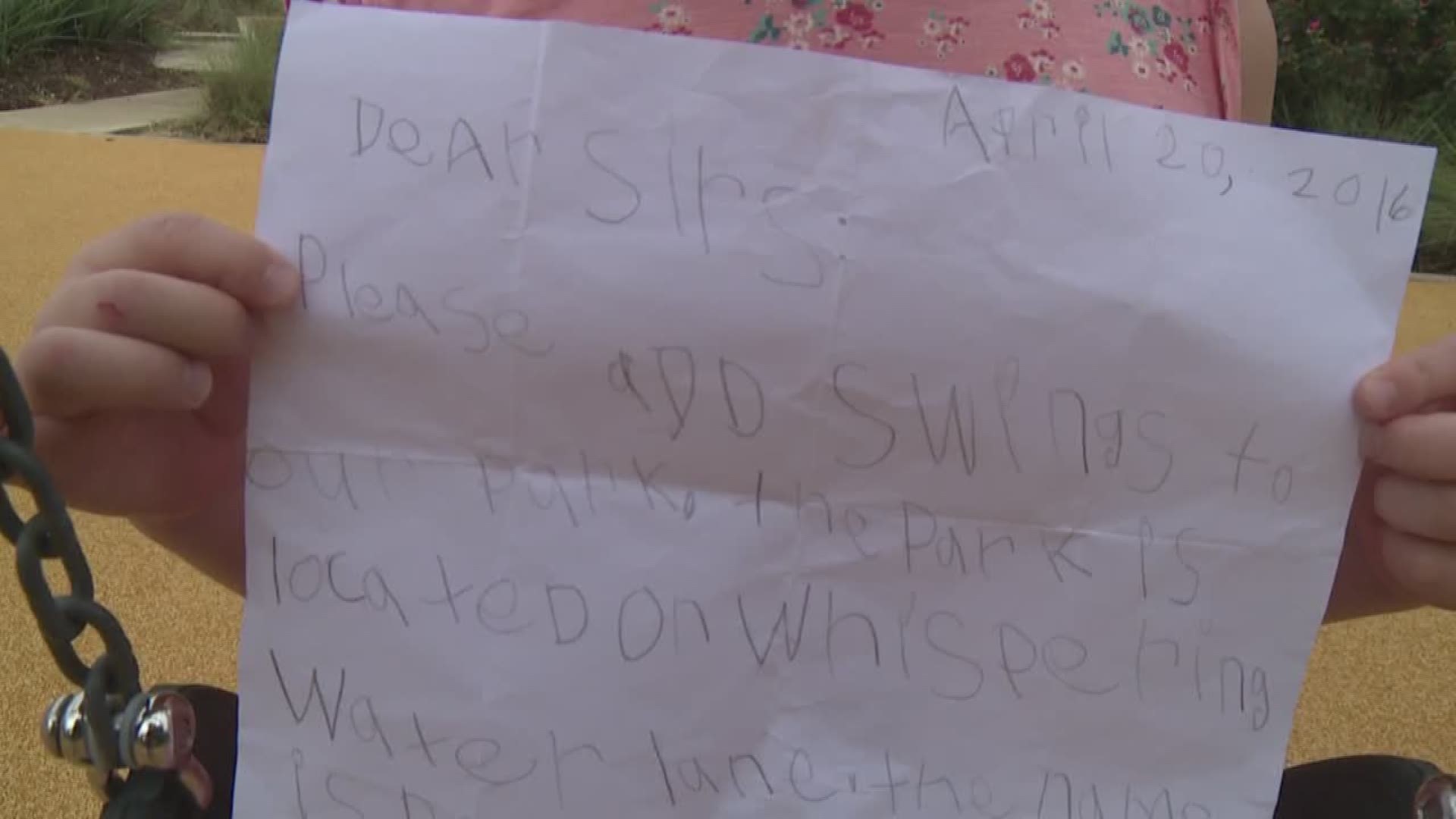 Maggie Fortner loves to swing, but the only problem is the park by her house didn't have a swing set. Instead of complaining the six-year-old decided to do something. She picked up a pencil and paper at her grandmother's suggestion.

"My gammy and I wrote we wanted a swing," Fortner said.

When that letter landed on Matt Young's desk, the parks and recreation director immediately had questions.

"Well I can't remember the last time I got a handwritten letter," Young said.

He had an urge to fulfill Maggie's request. Fortunately, the City of Mansfield was just starting to look at its budget and Young says they were easily able to find room for a swing set at Donald R. Barg Park. Maggie was invited to the grand opening and has since used the swings almost every day.

The request was unique in its tone as well. Maggie's grandmother Peggy Campbell made sure her granddaughter was direct and respectful when she made her case.

"I think parents and grandparents should model that for teens. The government is not our enemy and asking in a nice way can often get a lot done," Campbell said.

Her grandma hopes the experience gave Maggie more than a place to play. She says this is an example of how to speak your mind and practice respect.

"I hope she takes this with her through life," Campbell said.

And with a result like a new set of swings, Maggie will probably have many more letters to write.