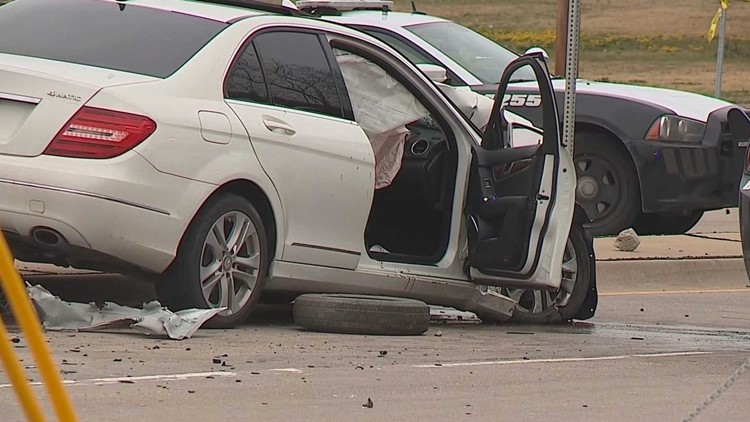 Gunfire and chase ends in crash that injures innocent driver

DESOTO, Texas — Police are asking your help with any information on a crash that critically injured an innocent driver early Friday afternoon.

According to DeSoto police, the crash happened shortly before 12:30 p.m. at the intersection of Danieldale and Polk Street at the Dallas-DeSoto border.

The white Kia stopped briefly at the intersection, then continued driving, heading westbound on Danieldale Road.

Police said that gunshots were fired from one of the vehicles involved in the chase.

Anyone with any information should contact the DeSoto Criminal Investigations Division at 469-658-3050 or Dallas police.