About 35 North Texans have hired attorneys, claiming they likely permanently lost eyesight due to an incorrectly mixed solution used in a routine procedure. 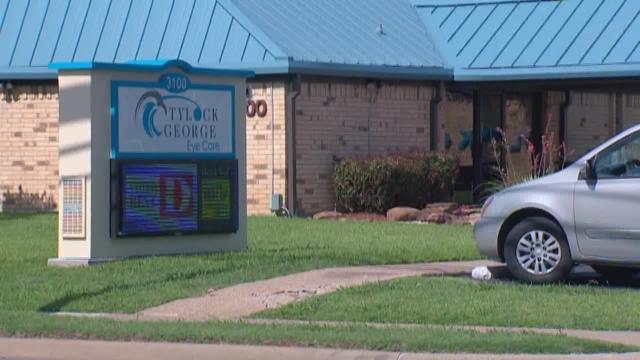 The number of alleged victims and impacted eye centers have grown two months after the first reports of an incorrectly mixed medicine used in some cataract surgeries have left some patients without vision.

About 35 North Texans have hired attorneys, claiming they likely permanently lost eyesight due to an incorrectly mixed solution used in a routine procedure.

At the end of April, Key-Whitman Eye Center announced several patients had worse vision after receiving a common medication following their cataract surgery. The common medication was mixed at a local compounding pharmacy. Dr. Jeffery Whitman identified the pharmacy as Guardian Pharmacy Services. The surgeries happened between Jan. 31 and Feb. 21, 2017.

WFAA has learned a second center, Tylock-George Eye Care in Irving, also confirms that it used the same solution in a small number of its cataract patients. One of them is Julie Shipp of Lewisville.

"I can’t drive. I can’t see at night very much, and there are no lenses that can correct me and nothing can be done," she said.

Patients reported extreme sensitivity to light, flashing and vision loss in the eyes that underwent surgery. Guardian Pharmacy Services provided the solution used in those surgeries.

"It’s two kinds of emotions. One, you’re relieved that you know what happened," said Shipp. "The other emotion is you are angry that someone injected a drug into your eye that was poison."

Shipp is one of about 35 North Texans who have hired legal representation. Attorney Andrew Sommerman represents Shipp and 19 others.

"This is an epidemic that didn't need to happen," said Sommerman. "I believe there are over 100 folks that have been affected by this at a number of different centers."

Sommerman says he continues to get calls from other potential victims three to five times a week. Many, like Shipp, want retribution for what they've lost.

"I would like the Guardian pharmaceutical company put out of business for mixing this drug that changed all of our lives," said Shipp.

WFAA contacted Guardian Pharmacy Services for comment and were directed to an attorney who is representing the business. He has not yet returned our calls for comment.

After becoming aware of retinal issues that did not appear to be related to surgical technique, we were greatly concerned to learn that a post-surgical antibiotic medication, formulated by a supplier, might be responsible. We are working with each of the affected patients and doing everything possible from a clinical standpoint to help them and support their recovery.