Repair crews recently discovered the original parts of the 1961 pool. The new updates came at a higher price tag than the foundation could afford. 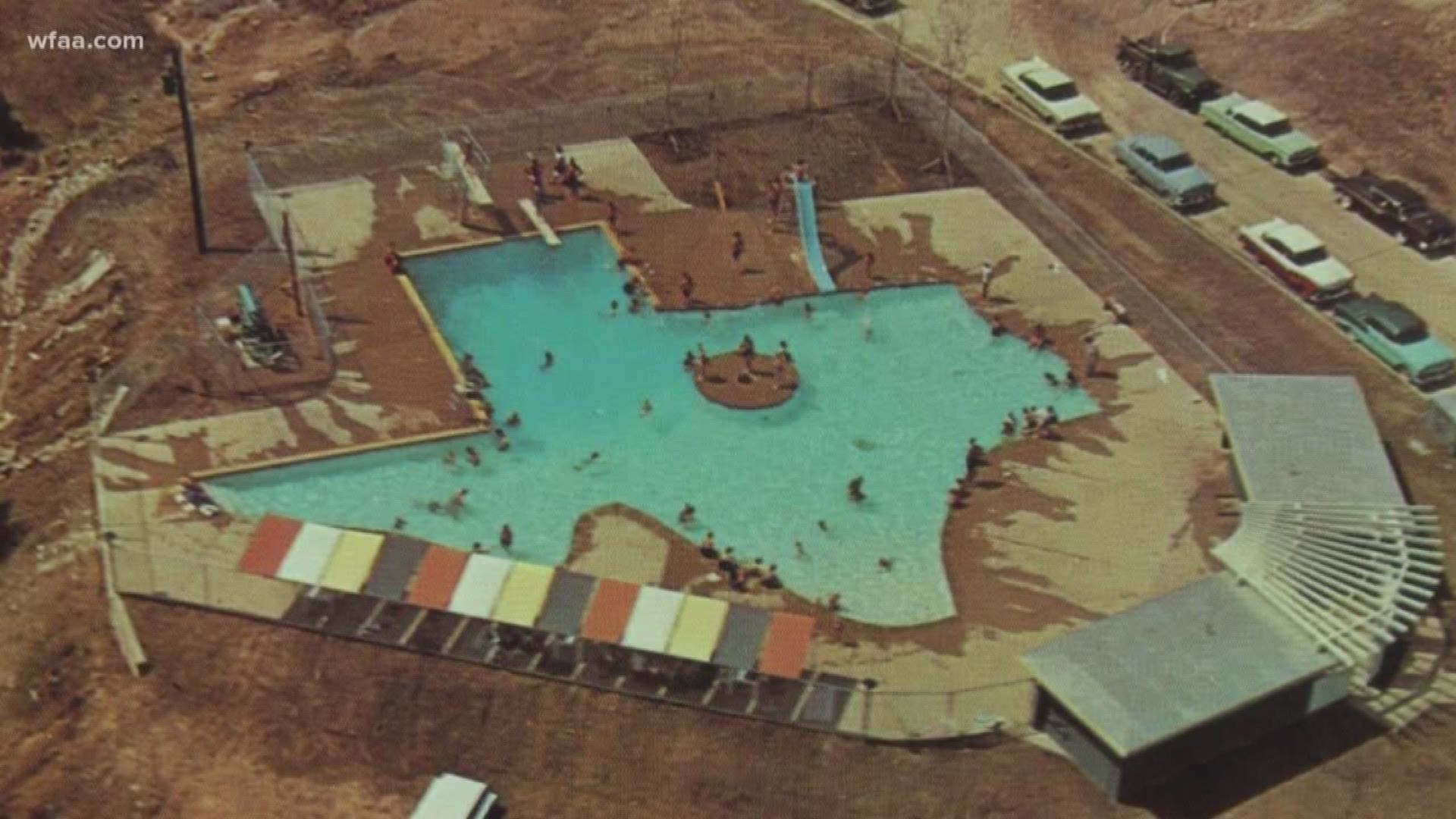 PLANO, Texas — Janet Vermillion Moos and the Texas Pool Foundation are in need of funding for major repairs to the iconic Texas-shaped pool in Plano. First built in 1961, the original pool has a place in the Texas Historical Commission's National Register of Historic Places.

"There's nothing bigger than Texas, and nothing that says Texas like the Texas pool icon," Moos said.

During the off months, the non-profit foundation often chooses one big project to work on. Late last year, however, crews discovered the original parts of the pool like the subterranean deck.

"When they dug out the panhandle where the diving board is they discovered the pylons from the original diving board," Moos said.

A grant through Plano's Heritage Commission already offered nearly $60,000 to help with updates. But the new discoveries of the old pool mean the foundation is responsible for an extra $16,000 in repairs. Moos told WFAA the repairs have already been completed, but the contractor is awaiting payment.

The pool originally was a highly exclusive and expensive private pool. It is now open to a wide array of members and groups.

The foundation has put together a GoFundMe page to help with costs.