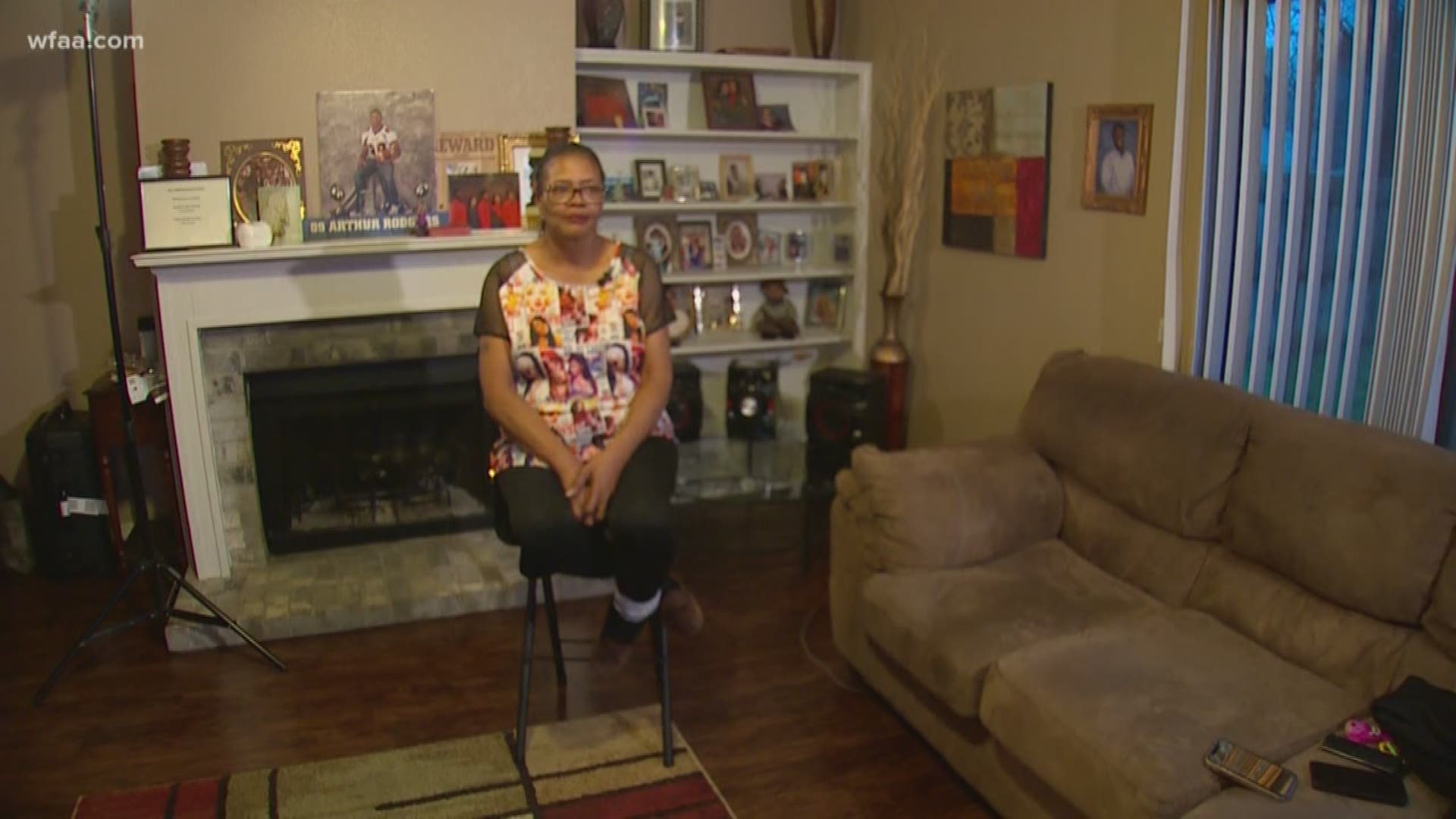 “She was full of joy, full of life,” Kirk said. “She was finally beginning to get her life together.”

Kirk said she knew something was wrong Sunday when Rodgers didn’t respond to her calls or text messages. So she called police and asked for a welfare check.

Sgt. Warren Mitchell with the Dallas Police Department said officers made entry into the Ferguson Road apartment around 11 p.m. Sunday. That’s where they found Rodgers, 26, dead from homicidal violence.

But she didn’t have a lot of time to process this devastating news. Her focus quickly shifted to her two missing grandsons, ages 1 and 7.

Police turned their attention to the missing boys’ father, 33-year-old Johnnie Palmore. They activated a regional Amber Alert at 6:30 a.m. after they discovered the children were missing during the investigation, officials said.

Kirk said she later gave detectives information that Palmore and the boys might be at an apartment on Abrams Road.

SWAT officers from Dallas police arrived at The Hive Apartments at 6003 Abrams Road at 7:30 a.m. Monday.

Mitchell said Palmore was found inside and was taken to a local hospital in critical condition after he suffered a self-inflicted gunshot wound during the incident. He later died.

The boys were found safe.

“They have been taken to the Child Advocacy Center,” Mitchell said. “They are in good condition.”

Officials with the Dallas Children's Advocacy Center (DCAC) on Samuell Boulevard said they conduct 10 new forensic interviews at their facility every day on average.

“Sometimes just that first utterance of what they need to say is the hardest,” DCAC Chief Investigative and Support Services officer Carrie Paschall said. “And once they can get that first phrase out, then we can usually gather the details that we need. So we might use writing. We might allow them to draw. We use anatomical diagrams. We use anatomical dolls.”

Paschall has interviewed over 5,000 children who were victims of abuse and/or witnessed a violent crime, most often domestic violence.

“The demeanor varies,” Paschall said. “I’ve had kids recovered from an abduction scene where someone was arrested that laughed and swung their feet...And I’ve had kids be the opposite end of the continuum – highly emotional. Every kid is different.”

Law enforcement detectives and Child Protective Services representatives watch the forensic interview as it’s being conducted from a different room.

Through their research, Paschall said she and her colleagues have noticed a trend.

“What our data has shown is that about 40% to 45% of our caregivers that come here to address some sort of allegation of child abuse with their child have also experienced intimate partner violence at some point in their life,” Paschall said. “What we’re realizing here at the Advocacy Center level is that we can no longer look at the crime of domestic violence and the crime of child abuse as being two separate entities."

As for Kirk, she said her two grandsons are in the custody of CPS, who is coming to her home Thursday. If all goes well, the grandmother is hoping to bring the boys home in her care soon.

“Try to get them through this,” Kirk said. “I know it’s going to be a long, hard process. Especially for the older one. Just take it day by day.”