While the vote hasn't happened yet, Phelan previously said he has the support of both Democrats and Republicans to make it happen. 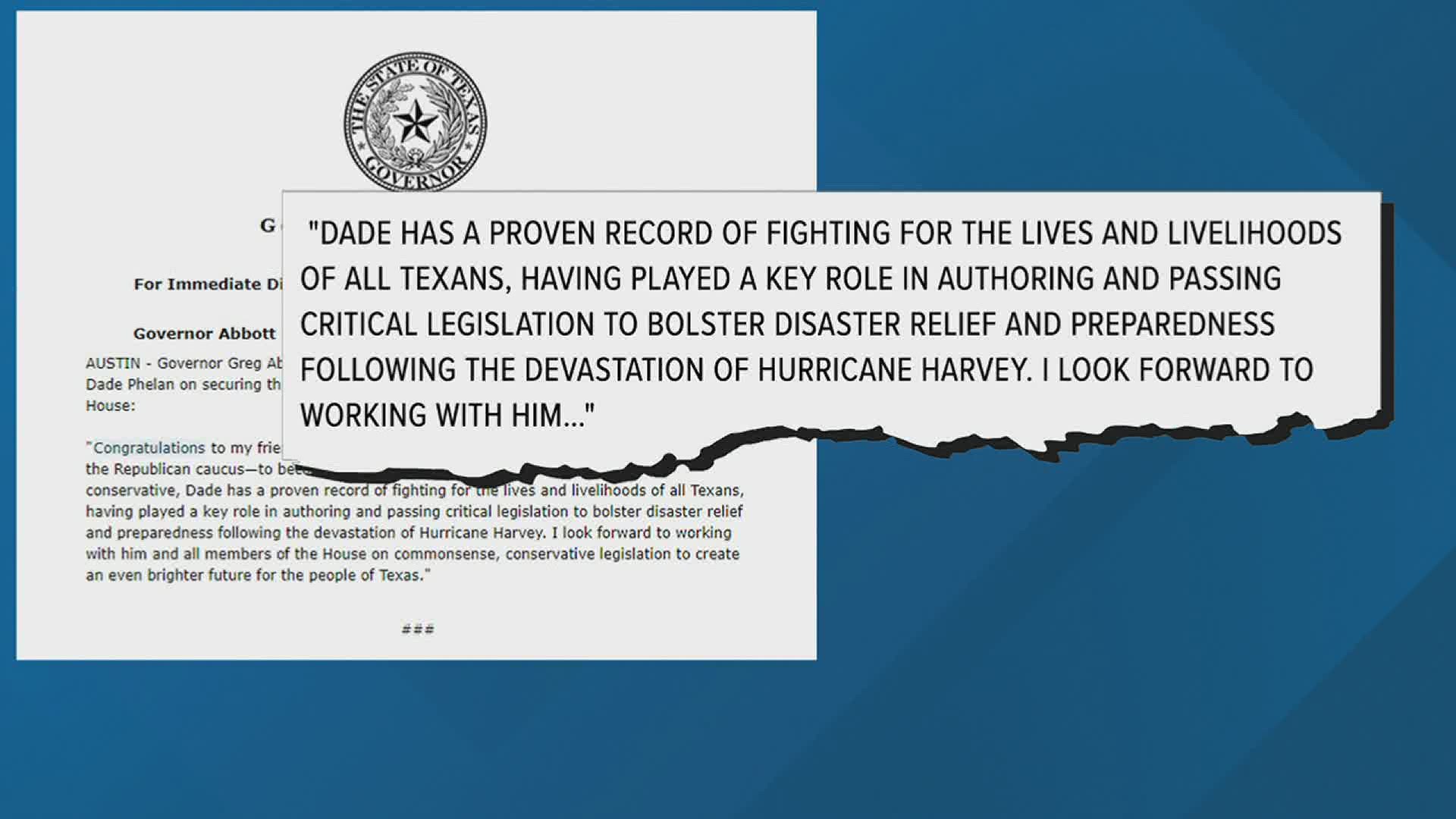 "Congratulations to my friend, Dade Phelan, for securing the votes — including over 95% of the Republican caucus — to become the next Speaker of the Texas House," Gov. Abbott tweeted.

Abbott said he looks forward to working with the Beaumont lawmaker.

"A strong conservative, Dade has a proven record of fighting for the lives and livelihoods of all Texans, having played a key role in authoring and passing critical legislation to bolster disaster relief and preparedness following the devastation of Hurricane Harvey," Abbott continued.

The District 21 representative has already announced a transition team.

It's big news for the area he represents, and it could amplify the region's voice in Austin. Phelan represents parts of Jefferson County and Orange County.

While the vote hasn't happened yet, Phelan previously said he has the support of both Democrats and Republicans to make it happen.

The Republican released a bipartisan list, naming 83 other representatives supporting his candidacy for speaker of the house.