Makayla Delapena received Goodwill's Medal of Integrity Award and a bonus check for her honesty, the company said.

HURST, Texas — Makayla Delapena, a Goodwill employee in Hurst, has earned the Medal of Integrity Award after turning in $5,000 that was left in a donated jacket, the company said.

Goodwill officials said in early-February, a man returned to the Hurst location in a panic after his wife accidentally donated a jacket with $5,000 in a jacket pocket.

The jacket was inside a bag full of other donated clothes. According to Goodwill, management told the man they’d do their best to locate the missing money, but couldn’t promise it would be found.

Store manager Rhonda Davis said the location receives roughly 50 to 200 donations per day. "Two weeks had gone and we had sorted through a lot of clothes and we still hadn't found it," she said.

Davis said the Hurst location was also forced to close for a few days during the extreme winter weather that hit the state the week of Valentine's Day.

"The day we opened back up my softline sorter was in the back sorting and she came up to the front and she said, 'Rhonda, Rhonda, I found it!'" Davis said.

The store said it was able to return the $5,000 to its owners, who asked not to be identified. Goodwill said it also gave Delapena a bonus check for her honesty.

Below is a video edited and provided by Goodwill: 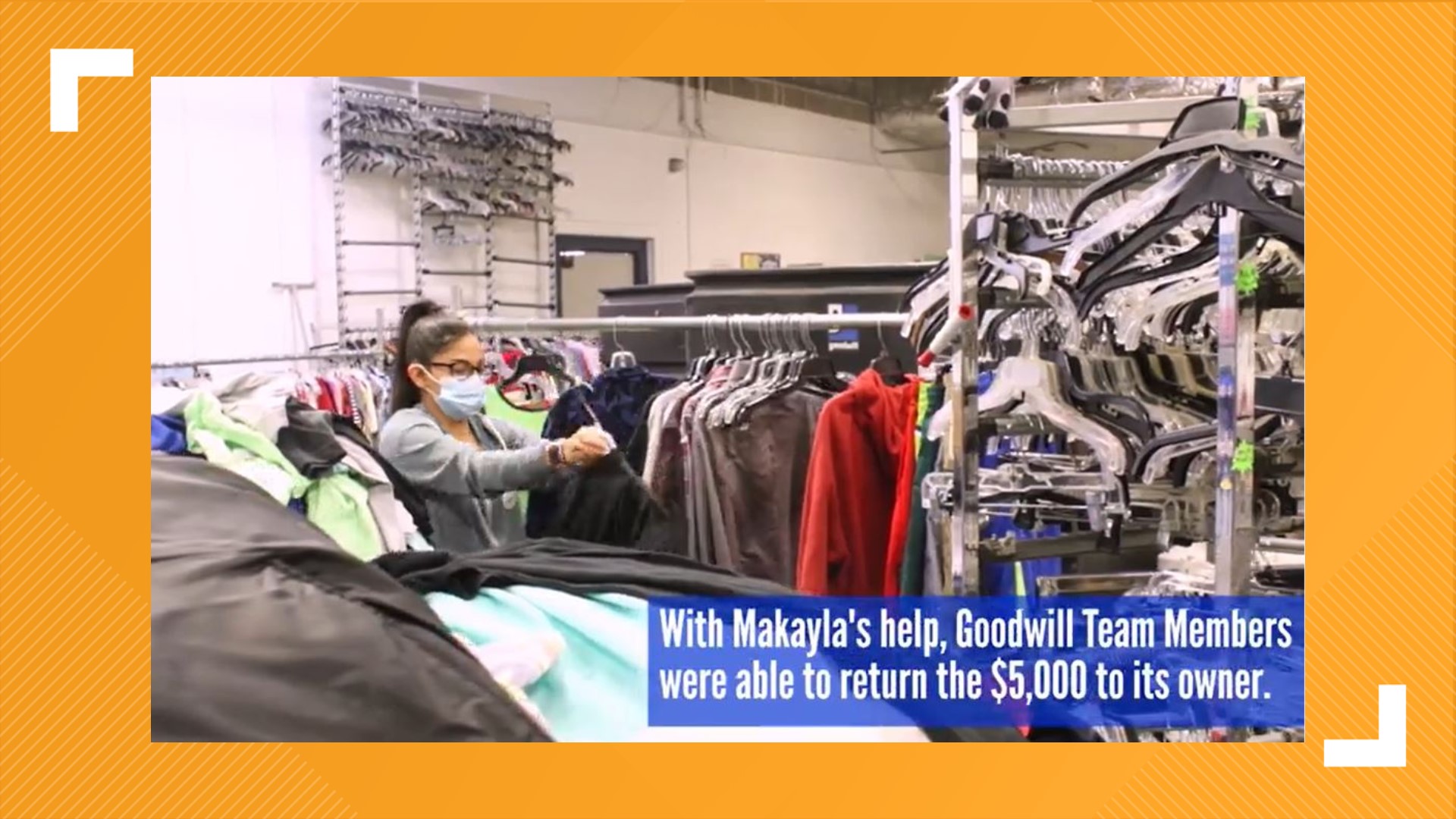