“We’re providing a community to families to grow and work together and be sustainable,” said Celeste Haiduk-Cox of Habitat for Humanity of Collin County. 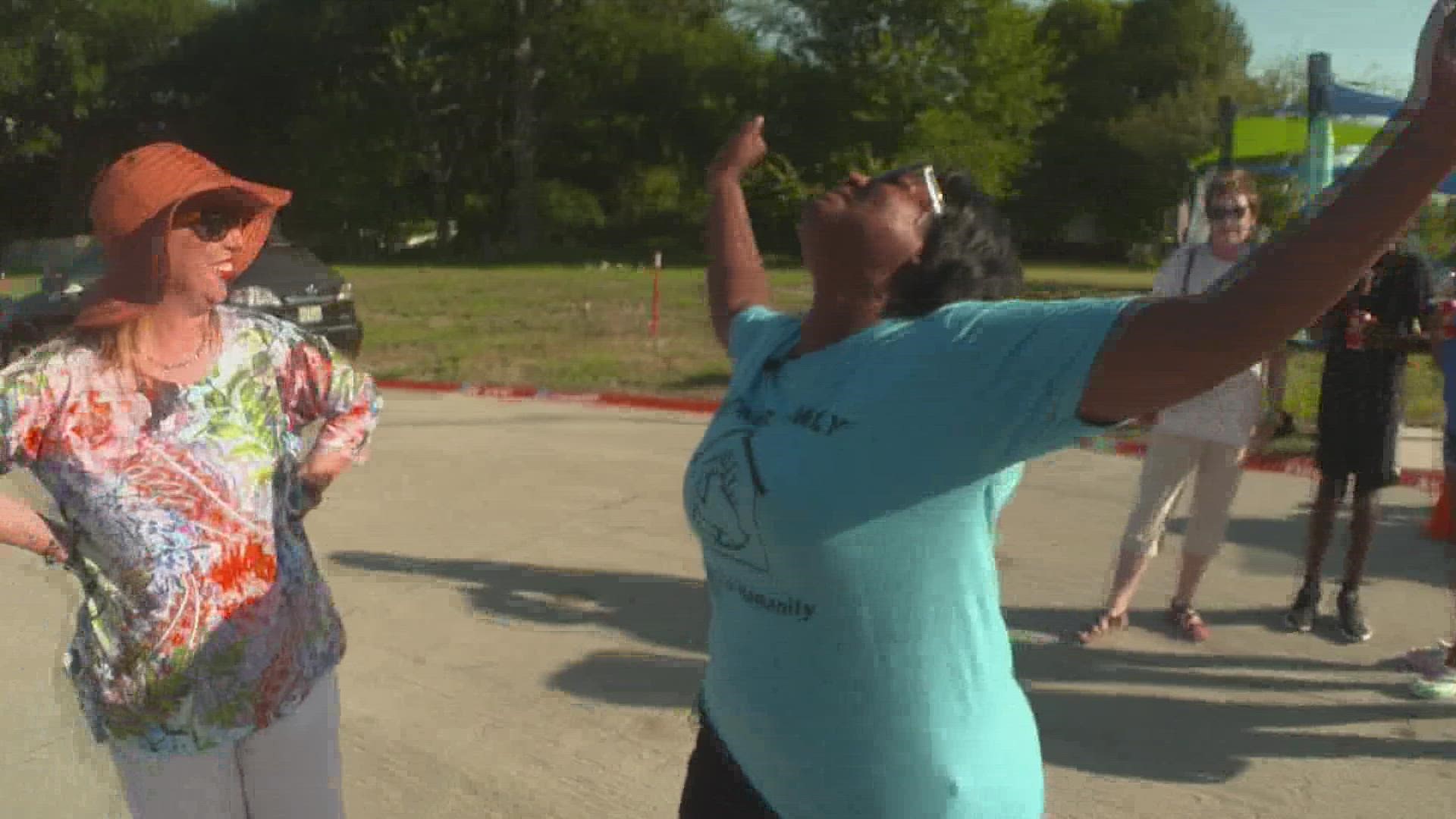 MCKINNEY, Texas — After years of planning, the Cotton Groves subdivision in McKinney is starting to take shape. The low-income home community made out of shipping containers is a novel concept for Texas and the U.S.

In August, Habitat for Humanity of Collin County held a kick-off party to introduce the first six families who have applied and been approved for a container home.

“This is many years in the making. We bought this land in 2018 and it’s finally happening,” said Celeste Haiduk-Cox of Habitat for Humanity.

LaTonia Dashield is a mother of two from McKinney who has been waiting patiently since September 2019. She is one of the six families approved for a home in the new community. There will be 35 total homes in the community.

“I never thought I’d be standing here, but I stepped out on faith,” Dashield said.

She’s been living in an apartment and been priced out of neighborhoods like so many people in North Texas.

“We’re providing a community to families to grow and work together and be sustainable,” Haiduk-Cox said.

Dashield’s children Anaya and Juwan are excited to have their own space. Plus, not many people can say they live in a home made out of shipping containers.

DaShields’ home will not be ready for several weeks. Habitat is still going through applications on the remaining homes to be built. At last check, there were more than 75 applications to process.

“I can come by every day and look at this until my house is here,” DaShields said.