32-year-old Kasey Simmons is a server at Applebee's in Little Elm. On Tuesday, he got one of the largest tips on one of the smallest checks of his career. 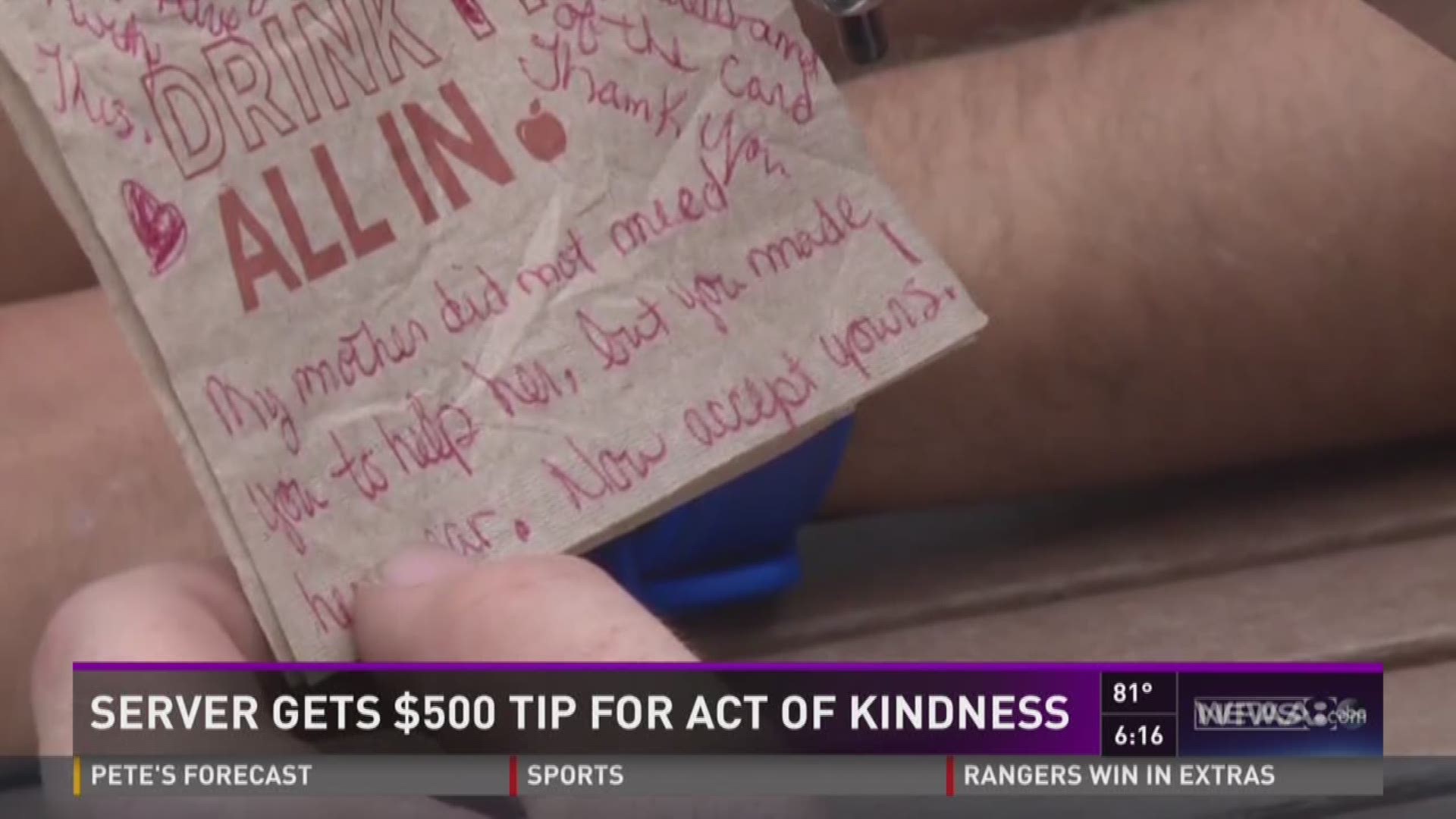 LITTLE ELM -- Kasey Simmons is on a mission it to make you smile.

"It's selfish really," Simmons said. "When people smile, I feel better. It lightens my world."

The 32-year-old is a server at Applebee's in Little Elm. On Tuesday, he got one of the largest tips on one of the smallest checks of his career.

The diners left Simmons $500, along with a letter written on an Applebee's napkin explaining why.

A copy of the receipt.

The day before, Simmons was at the Kroger grocery store when he saw a woman who looked upset. Simmons said he wants to help everyone -- including strangers -- so he approached the woman and offered to pay for her groceries.

After reading the napkin/letter, Simmons learned that woman at Kroger was mourning the three-year anniversary of her husband's death. The $500 tip and the letter were written by the woman's daughter, who wanted to thank the man who showed her mother kindness when he could've easily walked away.

Kasey Simmons reads the letter, written for him on an Applebee&#39;s napkin.

"I had no idea that was going on, but I knew something was making her sad," Simmons said.

Simmons said he's happy to make anyone happy, but he has one wish: He'd like to meet the family to say thank you, face to face.