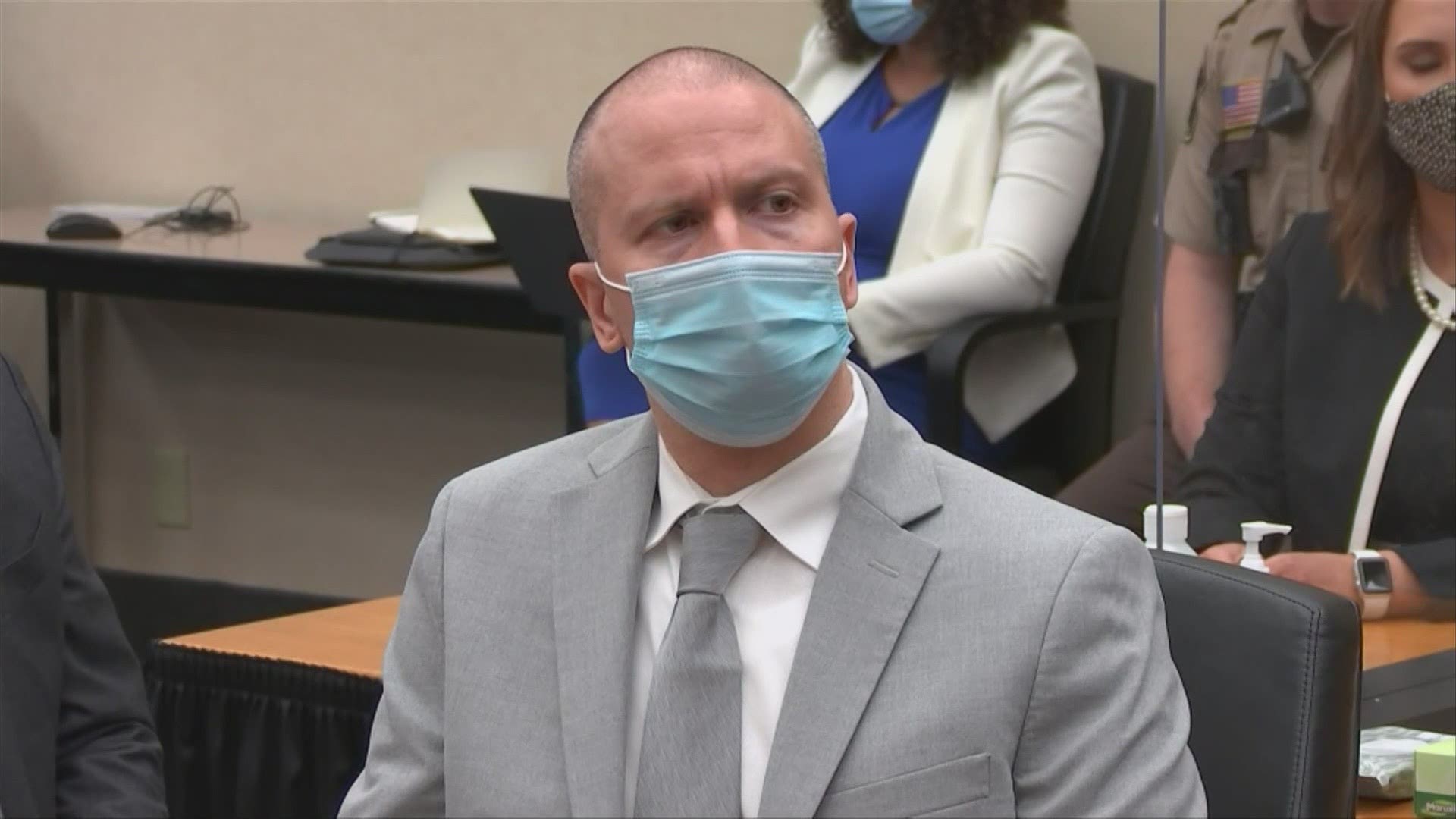 Snipes is the former prosecutor who got a conviction against Balch Springs Police Roy Oliver for murdering 15-year-old Jordan Edwards. He said it is difficult to get a long prison sentence for police officers.

Snipes asked for 60 years in prison when the jury sentenced Oliver to 15 years.

“Even though we love our police, and we trust them to protect us, they don’t get carte blanche to do what they want to do," Snipes said. "That time has changed in America."

Friday afternoon, the family of George Floyd asked Hennepin County District Court Judge Peter Cahill to give Chauvin the maximum sentence he faced, which was 40 years.

"My family and I have been given a life sentence, and we can’t get him back,” Philonise Floyd said, referring to his bother George.

Meanwhile, Chauvin’s mother asked the judge for leniency and probation.

”I don’t believe a lengthy sentence will serve him well,” said Carolyn Pawlenty, Chauvin’s mother. "You will also be sentencing me."

Judge Cahill said he understood the magnitude of his decision and based it on the law.

”I’m not basing this on public opinion or to send a message," Cahill said. "The job of a trial court judge is to apply the law to a specific case."

Snipes said he believed Judge Cahill when he said that "and I think that’s what he did."

Meanwhile, Chauvin may one day be released and back in society. But George Floyd’s family said they will never get to see him again, and that, they said, is the greatest injustice.