Officer Mitchell Penton had joined the department in 2019. 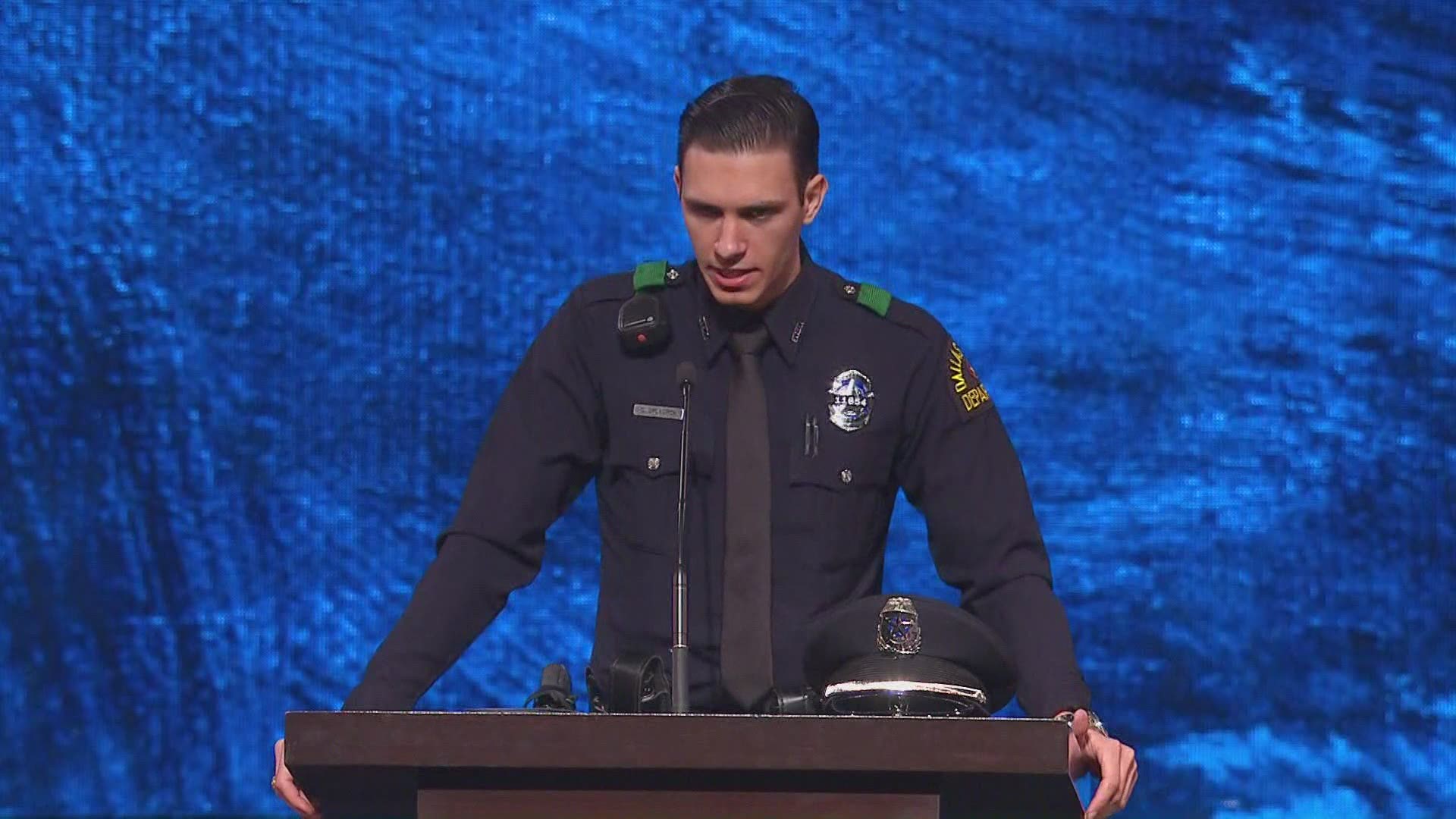 DALLAS — A Dallas police officer who died after he was hit by a suspected drunk driver last week was laid to rest Monday.

27-year-old Officer Mitchell Penton had been working an existing crash site on Feb. 13 when he was hit on North Central Expressway at Walnut Hill Lane, officials said.

Authorities said Penton's emergency lights were on at the time of the incident.

He was taken to Baylor Hospital, where he later died.

Penton's funeral was held at 10:30 a.m. at Prestonwood Baptist Church in Plano.

Watch the service below:

The 27-year-old had joined the Dallas Police Department in February 2019 and was assigned to the Northeast Patrol Division.

Penton was a stepfather to his wife's child, and the couple was expecting their first child together, DPD officials said.

This banner is hanging over the Northeast Patrol Division. Officer Penton’s funeral is this morning. He was run over and killed by a suspected drunk driver while standing next to his squad car. 🙏🏼🙏🏼🙏🏼#RIP. pic.twitter.com/dEro1v4LvI

"Our hearts are heavy right now. This young officer had such a bright future ahead of him. We asked that the community join us as we pray for the officer’s family. We would also like to extend that prayer to the brave men and women of this great department,” Chief Eddie Garcia said at the time of the crash.

Phillip Mabry faces two charges in the crash that killed the officer, including intoxication manslaughter on a police officer and intoxication assault.

Police said Mabry was speeding and intoxicated when the crash occurred.