After a high school breakup, a pair of Grand Prairie kids grew up, grew apart and shocked themselves by finding each other again. 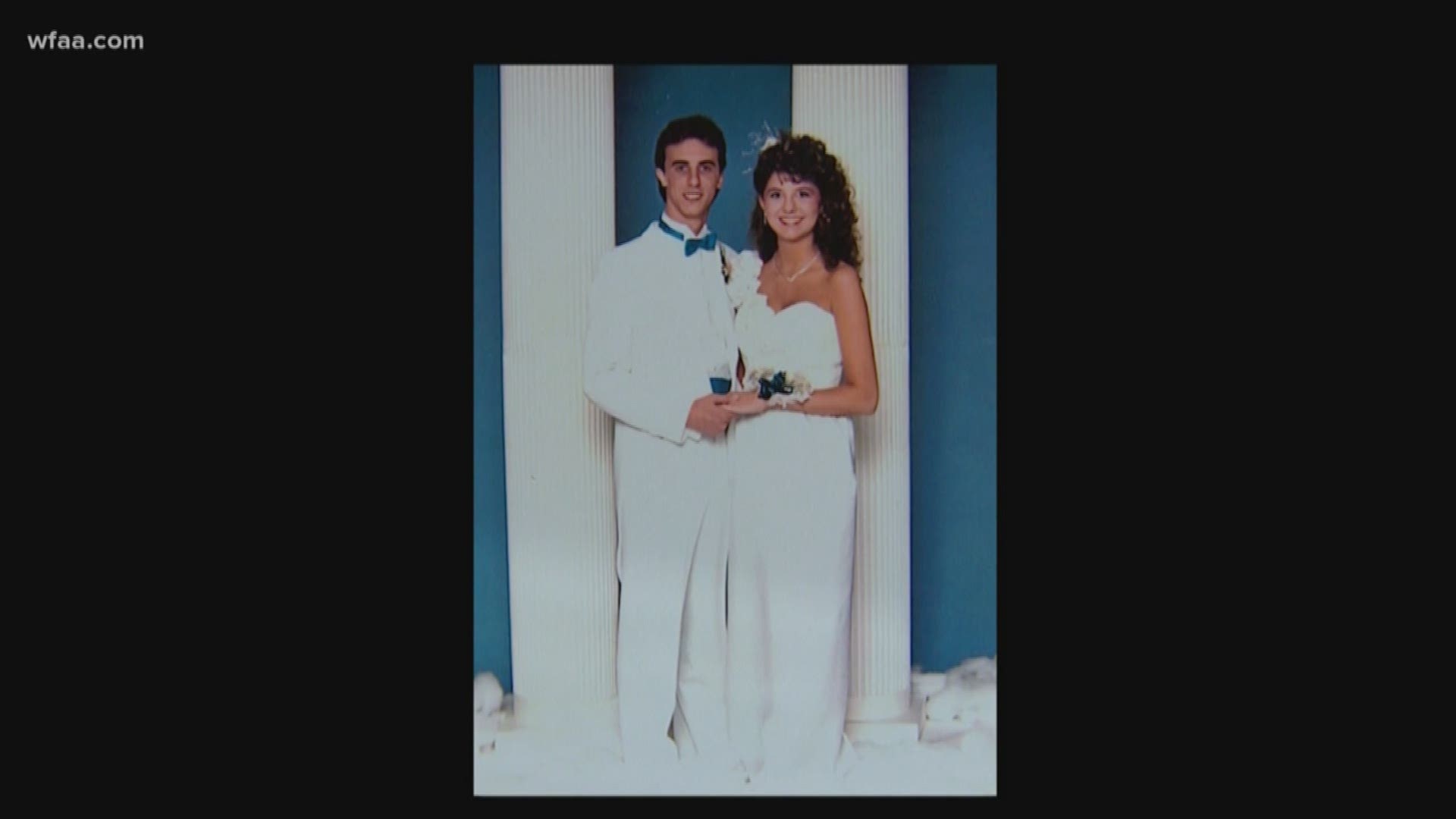 GRAND PRAIRIE, Texas — Nothing brings back memories like an awkward teenage photo, and Karen Knight was brave enough to show us a few of hers.

Some stand out more than others, like the one of her sophomore year Homecoming that she attended with Chris Hall.

"He was my very first boyfriend ever," Knight said.

They went to prom together too, in all-white ensembles. The irony now is thick.

"Looking back, it’s like, oh my gosh, we had no idea what we were doing," she said.

But before he graduated, this independent woman wanted her space, and they stopped speaking.

After that, life happened. Knight became a teacher and an aunt. In 47 years, she’d never married.

"I was quite content," she said. "And then he fell from the sky."

"This was something that was not expected," he said.

Hall is now based in Hawaii in his 27th year with the Navy. Last January, he was single and added Knight as a friend on Facebook. Weeks later, she found one of those old pictures of him and her mom.

"Something just moved me and I sent him a Facebook message," Knight said.

"I remember my response back to her," Hall said. "I was trying to be a little flirty, but not overly flirty."

They had 31 years of catching up to do, through hours of texting, marathon video chats and Knight's first trip to Hawaii. On her last trip, Hall proposed on New Year's Eve. That moment changed both of their lives and their perspective on people from your past.

"My advice to my 15-year-old niece this fall was 'OK, be nice to your homecoming date,'" Knight said. "You never know when they're going to pop back into your life!"

The couple plans to wed this summer.