Sadaf Haq, who is Muslim, says mailers claiming she supports sharia law did not come from her or anyone she knows. 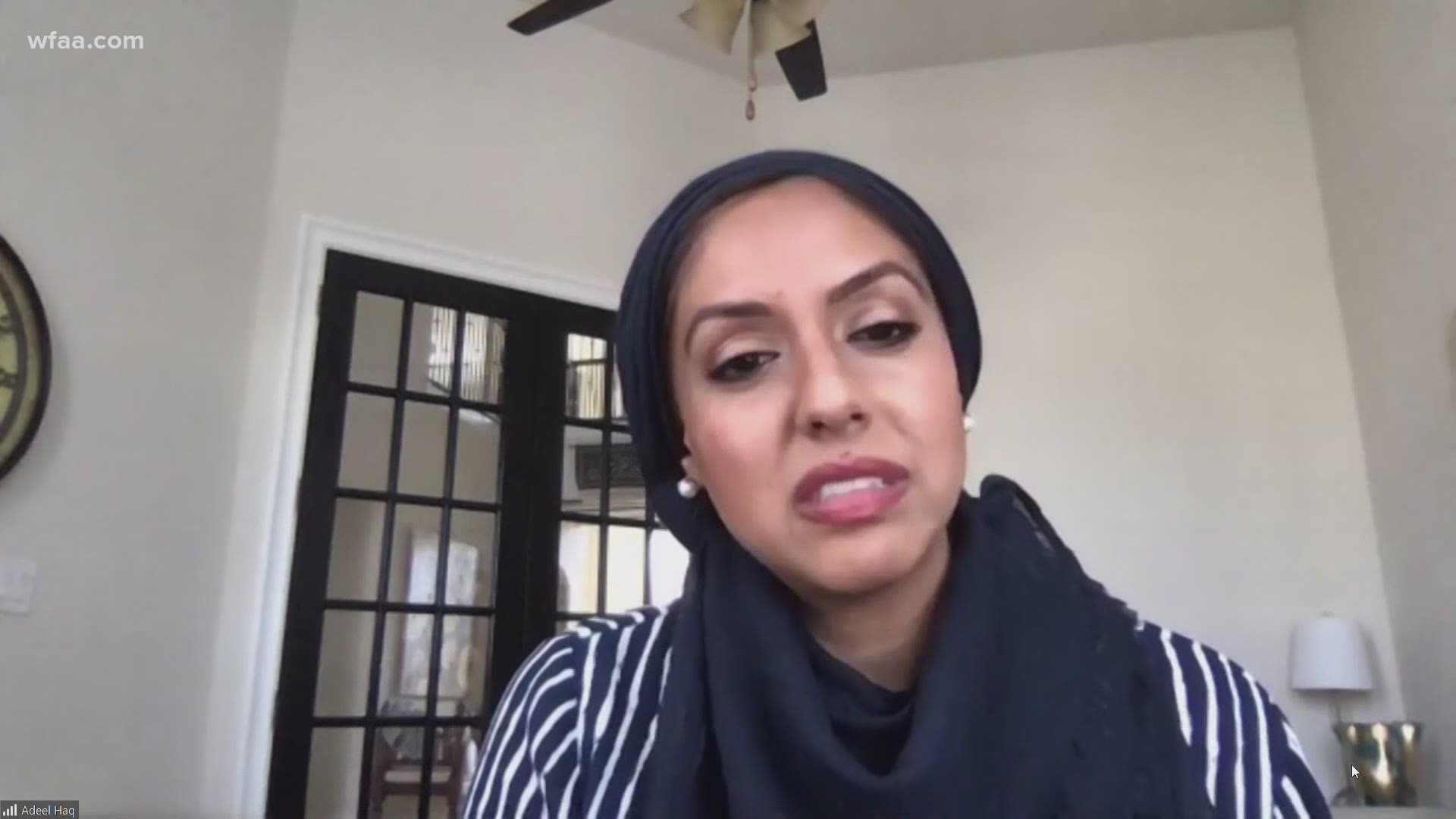 FRISCO, Texas — The race for Frisco City Council Place 6 is has been a tough one, but recent tactics are crossing the line, according to candidate Sadaf Haq, who is Muslim.

“When you’re bringing in my faith and my family, those are things that should be off-limits,” said Haq.

Just four days before Election Day, mailers began appearing in voters’ mailboxes, claiming to be from a group of Muslims supporting Haq aimed at other Muslim voters. However, Haq said neither she nor anyone she knows is behind them.

The ads feature a return address in Houston, and at the bottom, read “paid for by 'It Is Our Time,'” but Haq said she has no connection to a group by that name.

The Houston address matches the address of VoterWorks USA, a payee listed as an advertising expense in Haq’s campaign finance report. Some of the names that appear on the mailers also match Haq’s donors in the CFR. Those details are public record.

Haq believes someone used that information to trick voters.

“It made it seem like they were from an extremist Muslim PAC,” said Haq.

The mailers feature slogans like “this is just the beginning,” and “it is our time,” and claim to support an anti-zionist platform that welcomes sharia law.

Haq said she doesn’t support the claims made in the ad.

“It’s painting me to be this scary radical Muslim, who’s going to try to take over Frisco,” Haq said. “It’s just the rhetoric that has been painted from a national level and a global level of misconception and it’s wrong.”

Livingston said he does not know who made the mailers and does not condone negative campaigning.

“It is my sincere hope that this is the last we see of this type of campaigning in Frisco,” said Livingston.

Krishna told WFAA he also does not know who made the mailers, and when he became aware of them, he sent the information to the city secretary and the county election manager.

Haq said, politics aside, the ads are not only misleading, they’re unacceptable.

“So much is so wrong about what is written,” Haq said. “It’s just not right. It’s not what the city deserves.”

Frisco is in Denton and Collin counties, where many people had already voted before the mailers went out. It’s unclear if they’ll have a major impact on the outcome of the city council race.