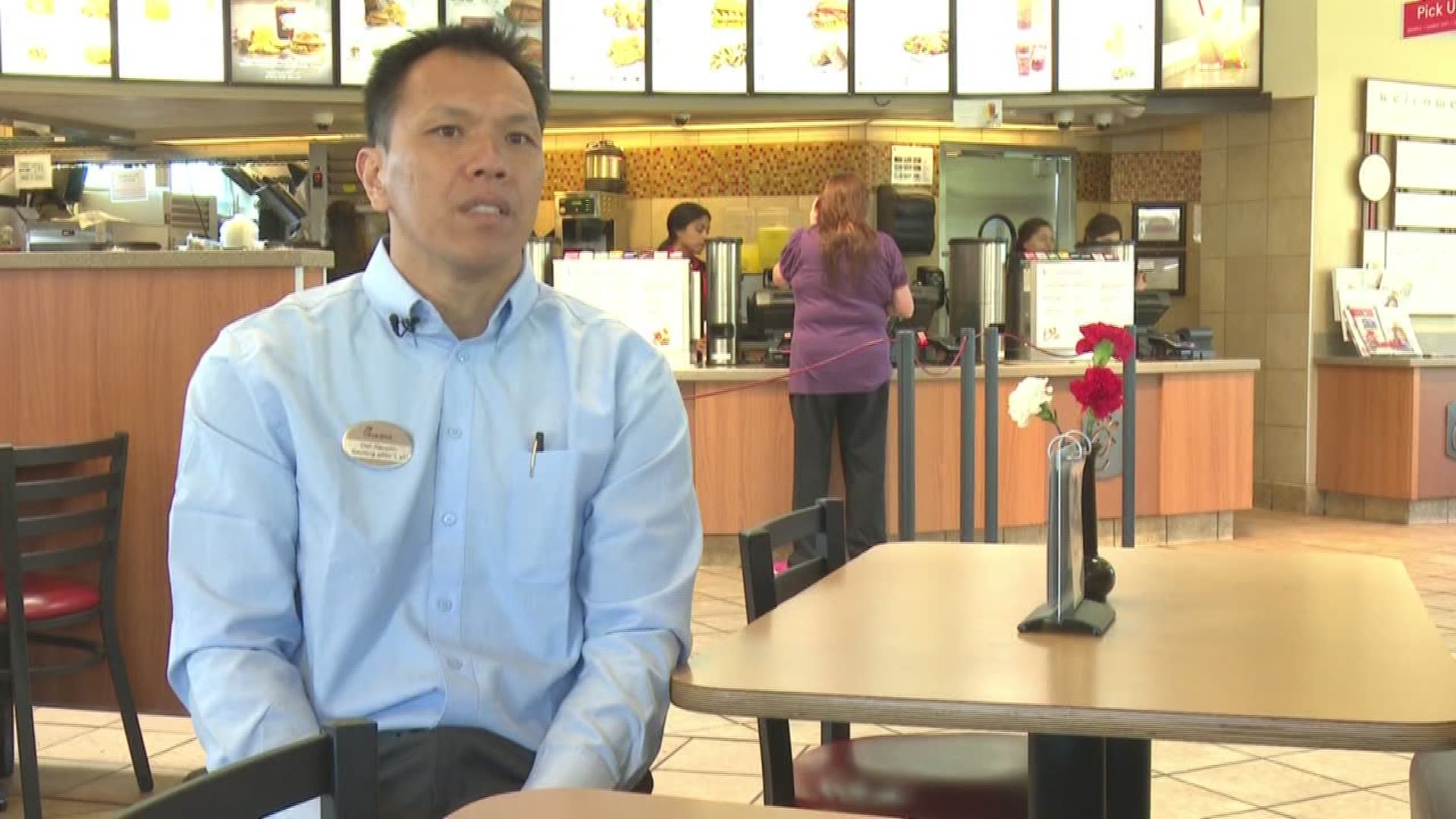 FORT WORTH -- Coaching and helping mold the lives of young people is always how former Dallas Cowboy linebacker Dat Nguyen imagined spending his time once his days playing football were over.

Now that's exactly what he's doing, but it's not on the field that he originally thought. And his team might not completely understand his use of football analogies.

“They do not have a clue who I am. I am in the archives,” Nguyen said with a smile and laugh. “But that is good. I like it that way.”

If you walk into the Chick-fil-A in Fort Worth’s Montgomery Plaza, you just might find the restaurant owner spitting out sports mottos and motivations to his team of workers. He even has a system for grading worker performance and charting their progress similar to what you might see on a football team.

“I am the coach. We have coordinators and we have players,” said Nguyen when talking about the staff he manages with a linebacker mentality. “It is no different than football. Everyone has a position they are responsible for.”

“Being a football coach is great when you win but when you lose, you better start packing,” said Nguyen. “I did not want my family to live out of a car with a U-Haul behind it.”

Growing up in Rockport, Texas, Nguyen’s family owned a Vietnamese restaurant, so customer service was engrained in him every bit as much as football. Now he has found a calling combining the two.

“What I have learned from football are life skills I can pass on to these team members," he said.

On each team, Nguyen believes many of the same principles apply. Being a franchise restaurant owner lets him set a philosophy and be his own boss, but he is still working for someone other than himself.

And success on both fields revolves around one thing.

“When I played for the Cowboys, Jerry Jones was paying me, but it really was the fans that come and buy the tickets and the jerseys. It is the same thing serving customers," he said.

Like the growing amount of people investing in franchise ownership to escape the corporate working world, Dat has found it is impossible to be an absentee owner. He is involved in all facets of the restaurant and might be cleaning tables or cooking up orders depending on any given day.

“It is not just a financial commitment, but a sweat equity commitment,” he said.

Just like the sweat equity Dat invested to become an NFL player. Now he just uses it to make chicken sandwiches instead of tackles.

“If you are willing to do it, you got to put your heart and soul into it," he said.