Dozens of tow trucks lined up for a final ride to honor 15-year-old Devin and 17-year-old Jonathan Massey. 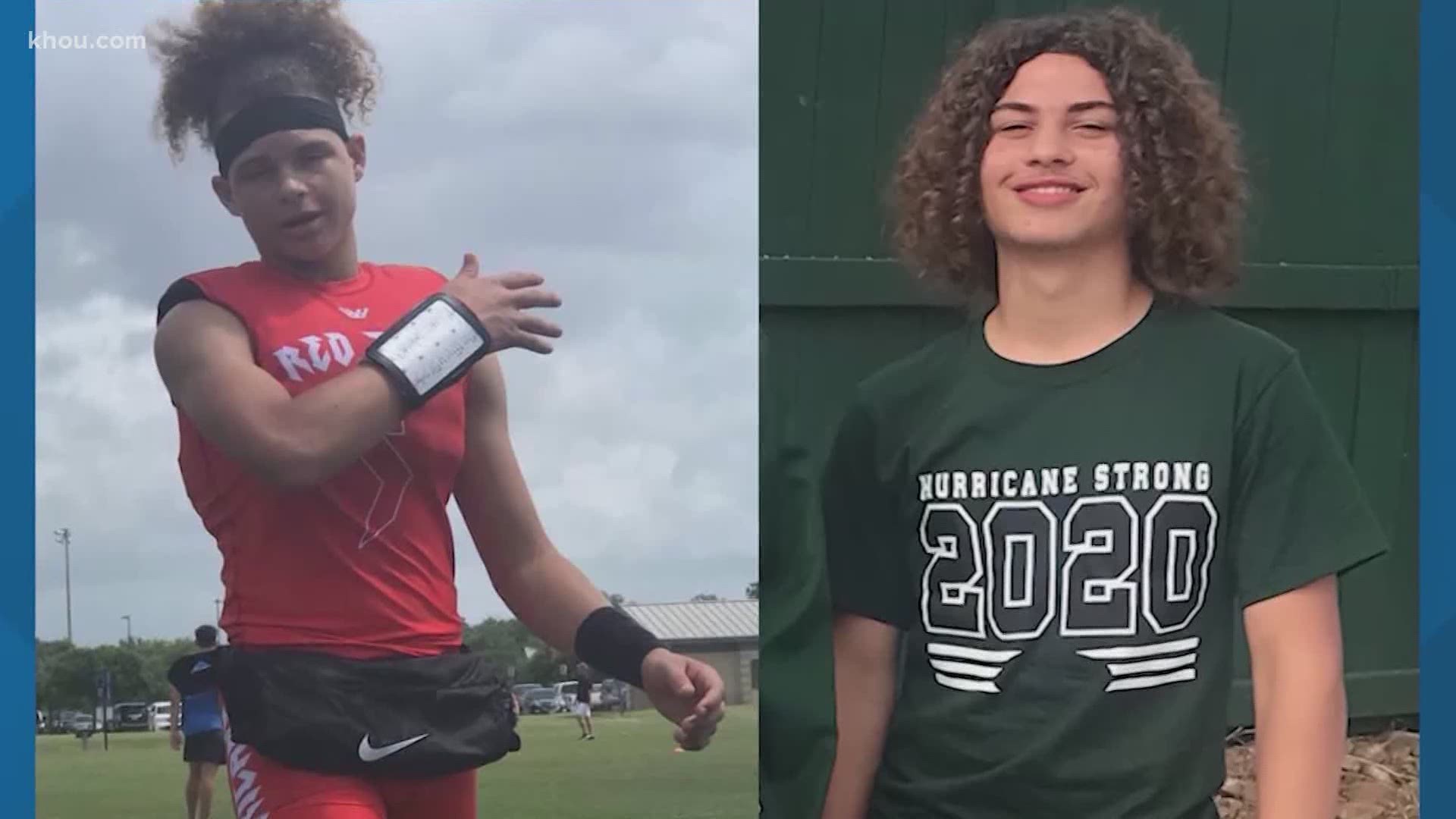 FORT BEND COUNTY, Texas — Two teenaged brothers, who were gunned down in front of their own home, were laid to rest Friday after several tributes throughout the day.

In the morning, dozens of tow trucks lined up for a final ride to honor 15-year-old Devin and 17-year-old Jonathan Massey. This scene was not the typical stereotype of wrecker drivers.

“People seem to think we're bad to society and community. When we come together, we show much love to one another,” organizer and family friend Melissa Castor said.

The teens' mom works in the wrecker industry. On Saturday night, the brothers sat in a car in front of their Fresno home, when masked gunmen opened fire. A third person, a friend, was also wounded.

Fort Bend County Sheriff’s deputies believe this was a random attack and are still searching for the killer.

Both young men were athletes at Ridgepoint High. Jonathan’s seven-on-seven coach said the football player was special “with the charisma of a diamond or a hidden gem.”

Teammates remembered the brothers as dedicated to friends and family. Wearing team jerseys and choking back tears, they gave tributes. One said, “Every touchdown gonna be for Devo. Every yard gonna be for Devo.”

Another friend said, “They always made sure they did right by their mom. They'd do anything for her.”  His voice was filled with emotion, adding, “I’ll always miss my li’l brothers. They may be gone, but they're forever with me on my heart.”