A recent survey found more than 90% of brewing in the U.S. is done by men. 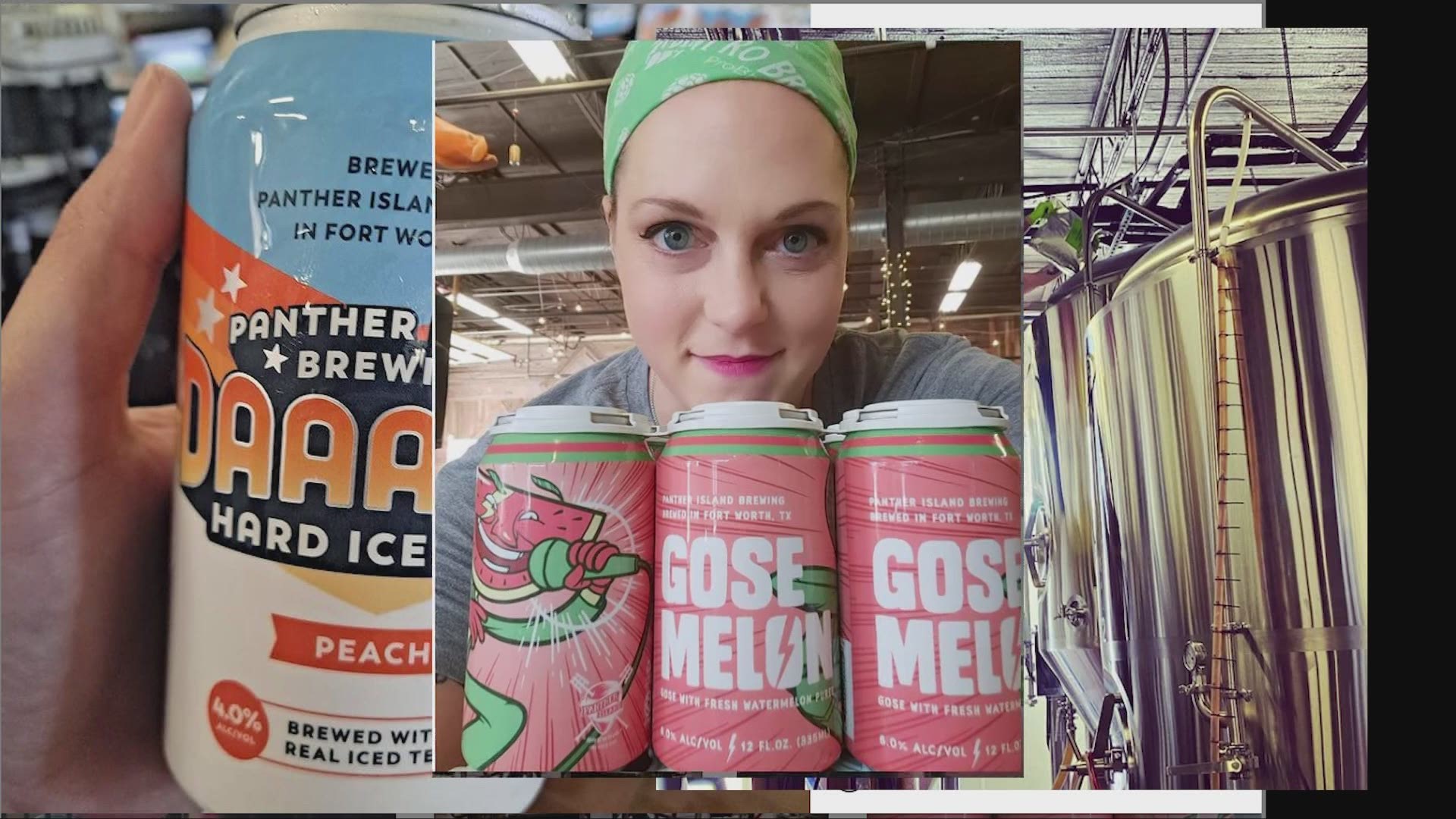 FORT WORTH, Texas — Sandra Murphy’s journey into brewing has a pretty standard start.

She jokes her first batch got mixed reviews, but she was hooked.

“Oh yeah, I dove all the way in,” she said. “Just completely nerded out on it.”

It wasn’t until 2018 that she decided to pursue her passion after she lost her 10-year-old daughter in a car crash.

“I just decided then that I was not going to let any opportunity pass me by, because you don’t ever know how long you have,” she said.

This week, Murphy made history when she was promoted to head brewer at Panther Island Brewing, making her the first head brewer in the entire DFW metroplex.

RELATED: Panther Island Brewing in Fort Worth prepares to open after months of COVID shutdown

“I learned pretty quickly that she could make a phenomenal beer and was way more knowledgeable than I am,” said Panther Island Owner Ryan McWhorter.

Murphy started as a volunteer making test batches for five months before being promoted to assistant brewer, brewer and now her new title.

“She can actually put those into action and say, ‘that’s great, but here’s how we’re going to have to do it’,” McWhorter said. “I think the knowledge behind the science is what I’ve always lacked and so what I’ve lacked she’s definitely picked up.”

Neither of them knew she was the first female head brewer in DFW until an organization for women in the beer industry called Pink Boots Society told her.

A recent survey found more than 90% of beer production is done by men. Murphy hopes women see her as proof anyone can do it.

“When other people see themselves represented in the field, then they feel that’s something they can do too,” she said. “If you want to be a part of the beer industry, you can do it. Just take that leap of faith.”

Murphy said her daughter is still part of every batch she brews. She may have had a typical start into brewing, but her motivation and success are all her own.

“When I can’t lift something or something is frustrating me, I call on her for a little bit of extra strength,” Murphy said. “When I lost her, I said I would spend everyday of my life making her proud, and so I finally feel like I’ve done that.”