Fort Worth mom speaks about kids at protest: 'I’m not going to allow them to be another statistic'

Young families were among the hundreds demanding justice during Tuesday's rallies in Fort Worth. 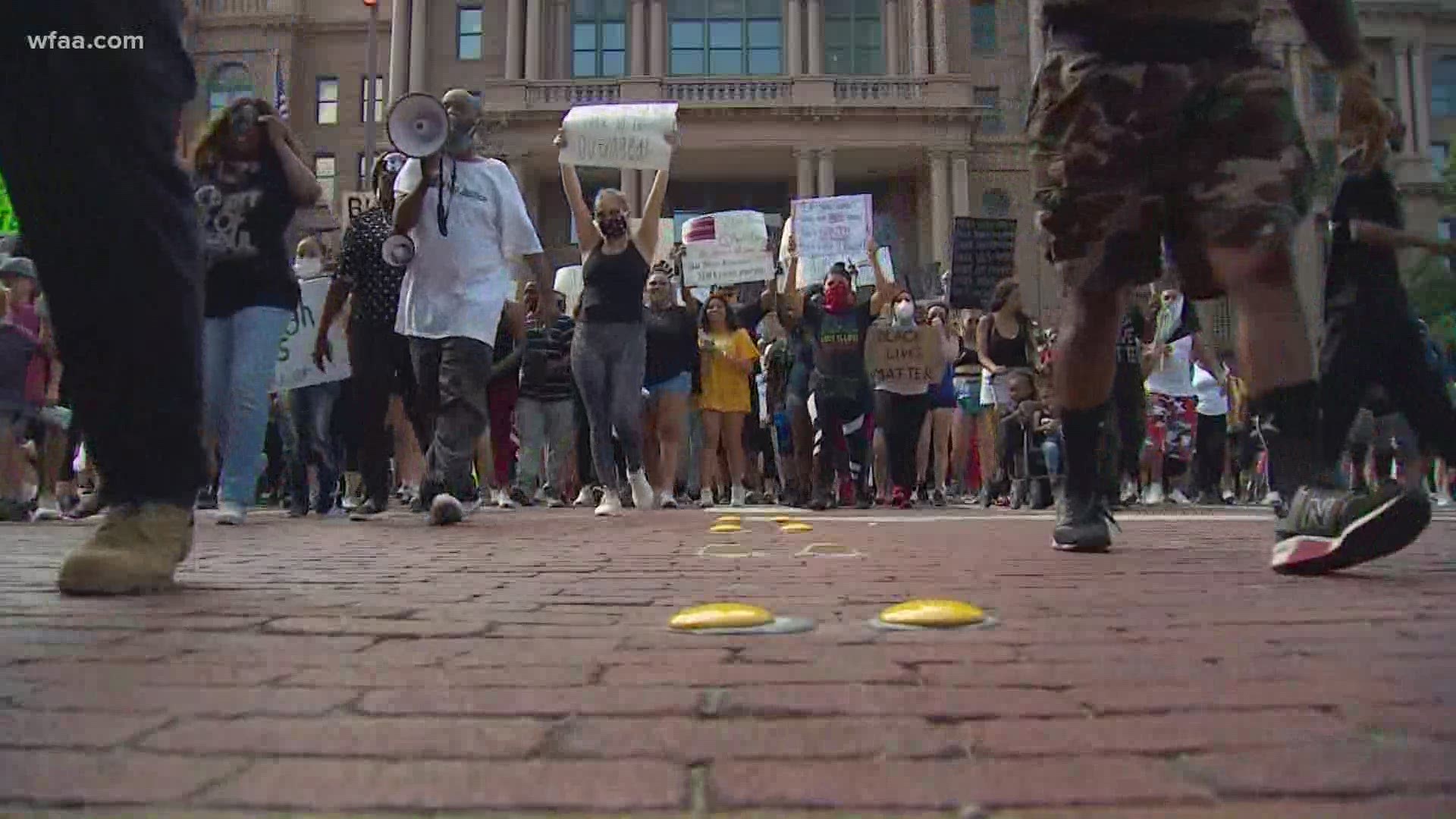 FORT WORTH, Texas — About 800 people rallied on the steps of the Tarrant County courthouse and marched through downtown Fort Worth on Tuesday.

Allison and Joshua Lewis brought their three kids to the rally. Allison is Hispanic. Joshua is black. Their daughter Jordan is 9 years old, Layla is 3 and Joshua, Jr. is 2.

“In America’s eyes, they see my children as black and that’s just the way it is. That’s ultimately why I’m here. I’m not going to allow them to be another statistic,” Allison Lewis said.

“I’m doing this for my husband, that’s the one I fear for the most,” she said. “He went to the store a couple of days ago and his phone died, and I was terrified. It was only 30 minutes but I couldn’t get a hold of him and I was worried.”

Tuesday was the fifth day of protests, and the Lewis family has attended all five.

Tuesday's rally began at 3 p.m. The heat got the best of at least two demonstrators. When medics arrived, they got a round of applause.

They marched around Sundance Square and took a knee when they reached Fort Worth City Hall.

They took a knee again when they reached a federal building a block away.

The organizers ended the demonstration back on the courthouse steps around 7:45 p.m.

When curfew began at 8 p.m., police told the protesters it was time to go home, but several refused to leave.

They marched through downtown again, returning to the courthouse around 9:30.

At 10 p.m., a few of the demonstrators remained.

The Lewis family left long before the curfew.

“What I want for their generation to understand is that you can peacefully protest and demand change,” Lewis said. “I want them to know we’re not leaving 'til we get the results and action we need.

“That’s what it’s about for me — teaching them the right thing in life.”