Willie Dimes unknowingly purchased the military medals in a box of items at an auction. He'd like the public's help to find the soldier they belong to. 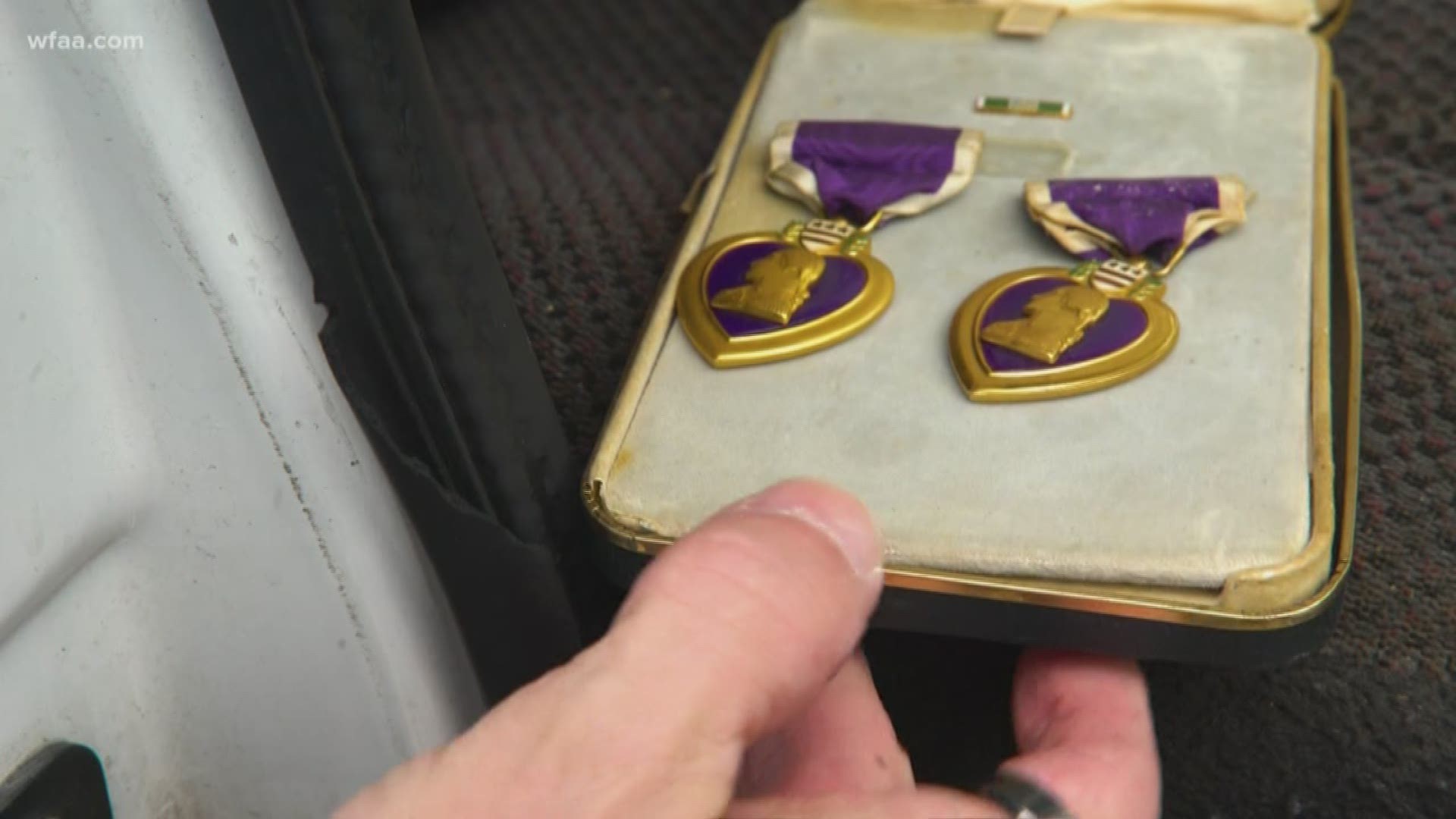 FORT WORTH, Texas — A Fort Worth collector has at least two pieces of his amassed treasure he would like to give away to their rightful owner. But he needs your help to find that person.

Willie Dimes, 79, keeps some of the items he's collected over decades of visiting estate sales and auctions inside two large storage containers on his corner property in southeast Fort Worth.

"I collect all kinds of stuff," the Army veteran and warehouse retiree said. "If it's got something to do with history I got some of it. I'm just a packrat," he said. "I love it."

But years ago he opened a box from an auction and found something inside he didn't expect. Inside a weathered metal case with "United States of America" embossed on the outside, he found two Purple Hearts.

Each has "for Military Merit" written on the back, but there is no information who they might have belonged to. The only clue is a handwritten letter he found hidden inside the case. The letter, written by a Mary Rutsis in Duluth, Minn. and postmarked Dec. 31, 1979, is addressed to a Mary Bowling on S. Montclair Avenue in Dallas. Neither of the women's names is connected to those addresses anymore. The letter is written as a request for help paying utility bills. It says nothing about the Purple Hearts.

"But I feel whoever those medals belong to that'll be something for his kids to remember their daddy by," Dimes said in asking for help finding the owner of the medals. "He may still be alive, I don't know. We just gave up on trying to find somebody," he said, admitting he's had the Purple Hearts for several years.

Now he'd like help returning them to the soldier who earned them, or at least find his family.

"People just don't know the prices a lot of soldiers have to pay," he said. I'm just a history country boy. And I will die being the same way I am now," he joked.

But before that happens, a history buff and self-proclaimed packrat needs your help to give at least this treasure away.

Because on a street corner in southeast Fort Worth, at least one heart is in the right place.