Fort Worth firefighter recalls being struck by car at wreck scene, begs drivers to move over or slow down

Shonna Moorman began her 20th year on the job in a wheelchair, recovering from being hit by a car that didn't move over 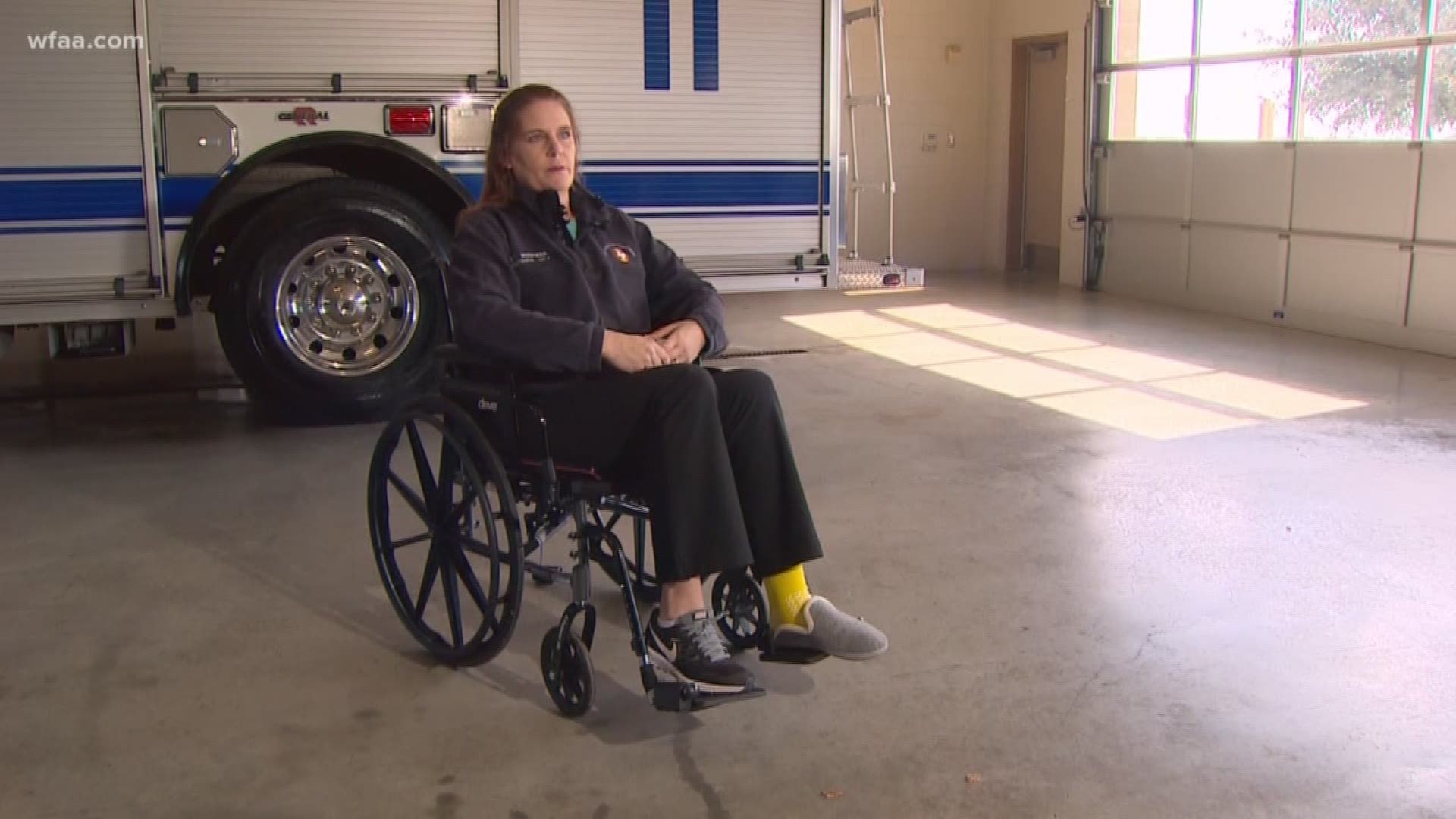 FORT WORTH, Texas — Injured, in a wheelchair and recovering from two surgeries is not how Fort Worth firefighter Shonna Moorman thought she'd begin her 20th year on the job.

"It's been very trying on me and my family," she told WFAA Thursday.

On the morning of New Year's Eve, Moorman and others on Engine 11 in far north Fort Worth responded to an early morning rollover accident on Highway 114, just south of Texas Motor Speedway.

"Getting off the engine and I checked the roadway because one thing we’re taught immediately from day one is scene safety, to make sure the scene is safe," Moorman said.

RELATED: Firefighter struck by vehicle, seriously injured at crash scene in Fort Worth

Moorman said she checked a second time, saw two cars down the road, and started to safely make her way towards the wreck.

"As soon as I heard the brakes lock, I started running," she recalled.

A driver hit her, causing so much damage to her leg she's already had two surgeries.

"We truly are at the point where we’re more concerned about being on the freeway than we are working inside a structure fire," Drivdahl said.

According to the Federal Emergency Management Agency, 10% of firefighter fatalities in 2019 were from being struck on the road.

Already this year, a firefighter and police officer in Lubbock were struck and killed in the line of duty.

"We’ve got to find a way to get the public to understand, you have got to pay attention when you see emergency vehicles on scene," Drivdahl said.

It's the law to "move over or slow down" when you see emergency crews on the road in Texas, and the "slow down" options mean by at least 20 mph. But people don't always abide by this.

"We’re there to help you, and we cant help you if we’re a victim," Moorman said.

Moorman said she has reached out to the person who hit her, and says he and his family are praying for her.

"I asked about him when I was on scene," she said. "He was very upset and very distraught."

As for Moorman, her recovery will take time but she hopes and expects to be back on active duty.

"I'm here, that’s a blessing, so I'm very grateful for that," she said.