Ken Wimberly knows that life's moments can often move too fast and be forgotten. The Fort Worth father started journaling his children's lives when they were young. 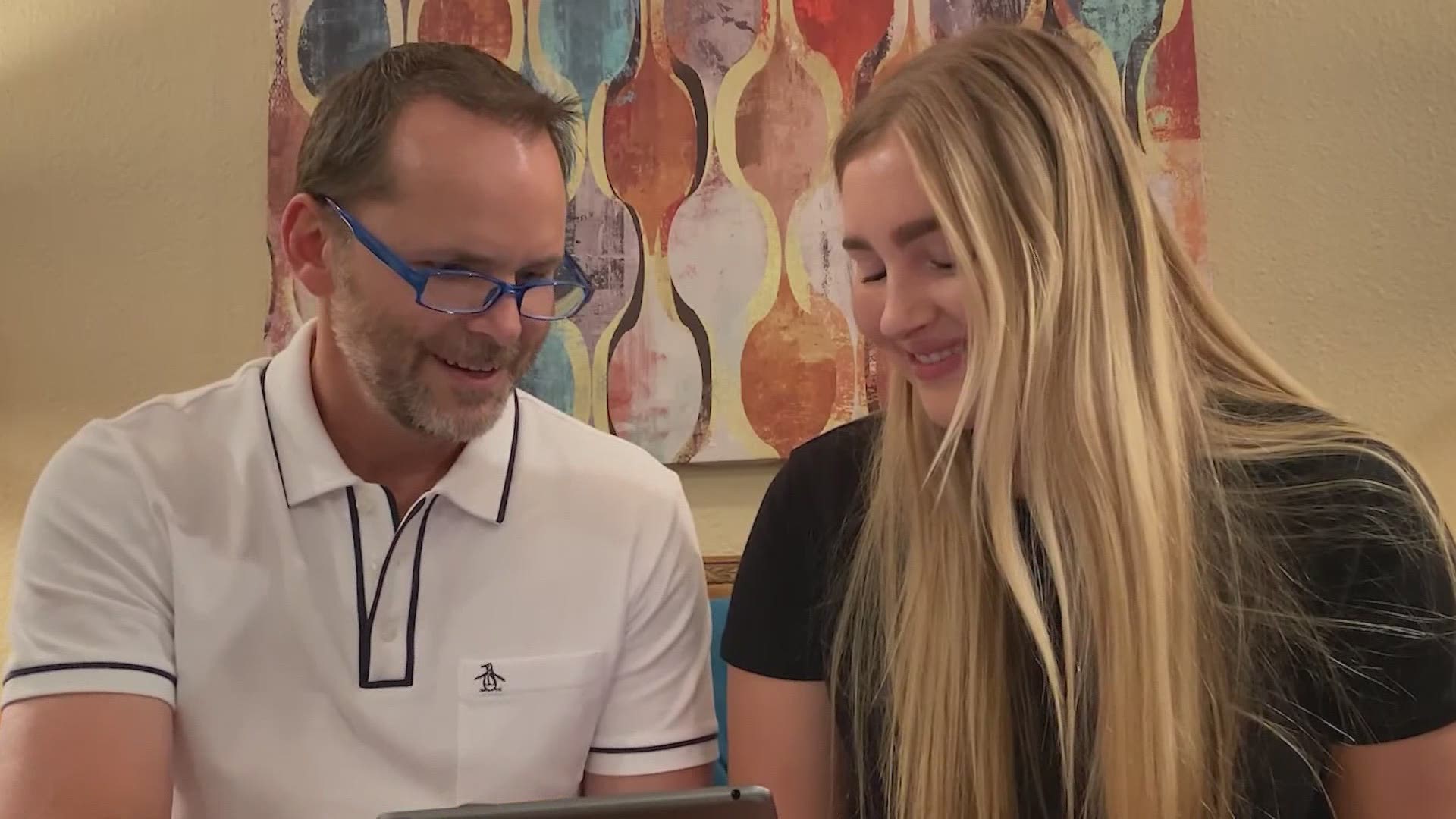 FORT WORTH, Texas — Ken Wimberly has known for 18 years the gift he was going to give his oldest daughter Grace when she graduated high school. In fact, that gift would take 18 years to make.

This all started because Wimberly knows that life's moments can often move too fast and be forgotten. The Fort Worth father of three started journaling his children's lives when they were really young.

"It's the little moments that add up to the big deal in life," he said.

Many mornings during vacations and big life events Wimberly would take some time to write journal entries for his children. He captured the highs and lows of life in these journals.

In mid-June he finally handed over 270 journal entries to Grace Wimberly, who is set to leave this fall for Auburn University. The entries included moments like her first lost tooth, to first boyfriends, to senior year moments.

The entries were assembled in an app called Legacy of Love that Wimberly had created and launched in 2019.

"I got to re-live her whole life. It was beautiful. The gift has been as much for me as for her," said Wimberly.

The app allows for journal entries to be coupled with pictures and videos.

Grace had always known her father liked to journal but never imagined this.

Wimberly put the application on a new iPad, which a tearful Grace opened up on the living room couch. Grace said the journal entries are the best thing she could ever receive.

"[The entries] were not only my life, but my life through his eyes," she said.

The moments we think are insignificant or forgettable a father saw as much more.

The "Legacy of Love" app was a concept WImberly came up with after he received a journal of memories from his stepmom on his 34th birthday. The app is available on the Apple App Store and Google Play Store with free and premium versions.