Fort Worth families left stranded, waiting for hours after cars towed without cause

Residents in Fort Worth say their cars were towed under questionable circumstances. They walked for miles to get them back but then had to wait for hours. 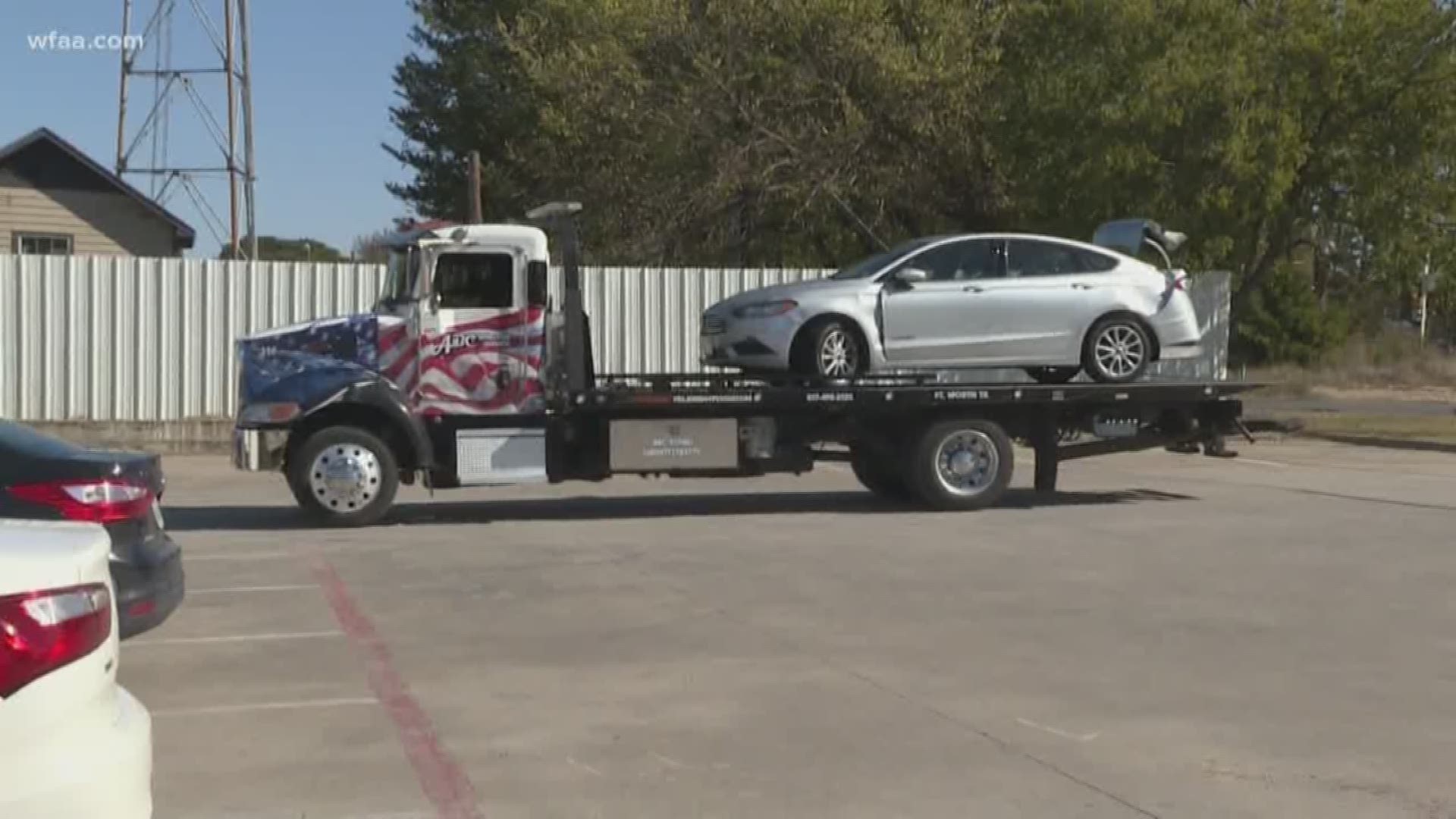 FORT WORTH, Texas — Angry residents in Fort Worth had to wait for hours to pick up their cars Saturday, which they say were towed under questionable circumstances.

“It’s really wrong,” said Tsherelle Hill, who told WFAA she was fired from her job because of the delay.

Hill was outside ABC Wrecker Service, waiting with a handful of families from several different apartment complexes in northeast Fort Worth to pick up their cars.

Their cars had been taken, but no one really knew why.

The different apartment management companies would not comment on specific residents.

But representatives for two of them told WFAA that while tow trucks have permission to remove cars that are parked illegally, some of the cars taken Saturday morning shouldn’t have been towed at all.

Residents walked for miles to ABC Wrecker Service to get their cars, which they were told they could pick up free of charge.

“We walked from our apartment complex to get here, and when we got here, they still won’t release the vehicle,” Hill said after waiting for almost four hours.

Around 4:00 p.m., the manager of ABC arrived and spoke to the families briefly.

He told them several towing companies take vehicles to ABC's location on Old Randoll Mill Road, and ABC only stores them.

The man refused to answer questions on camera about why the cars hadn't been released.

He got back into the tow truck and drove into the business, leaving Princeton crying in his mother's arms.

Wells was finally able to get her car around 6:00 p.m. after an eight-hour wait.

She did not have to pay a fine.

RELATED: Tow truck driver killed by his own truck on I-35W