Two witnesses trained in military survival swimming tried desperately to save Josh Graham but the riptide was just too rough. 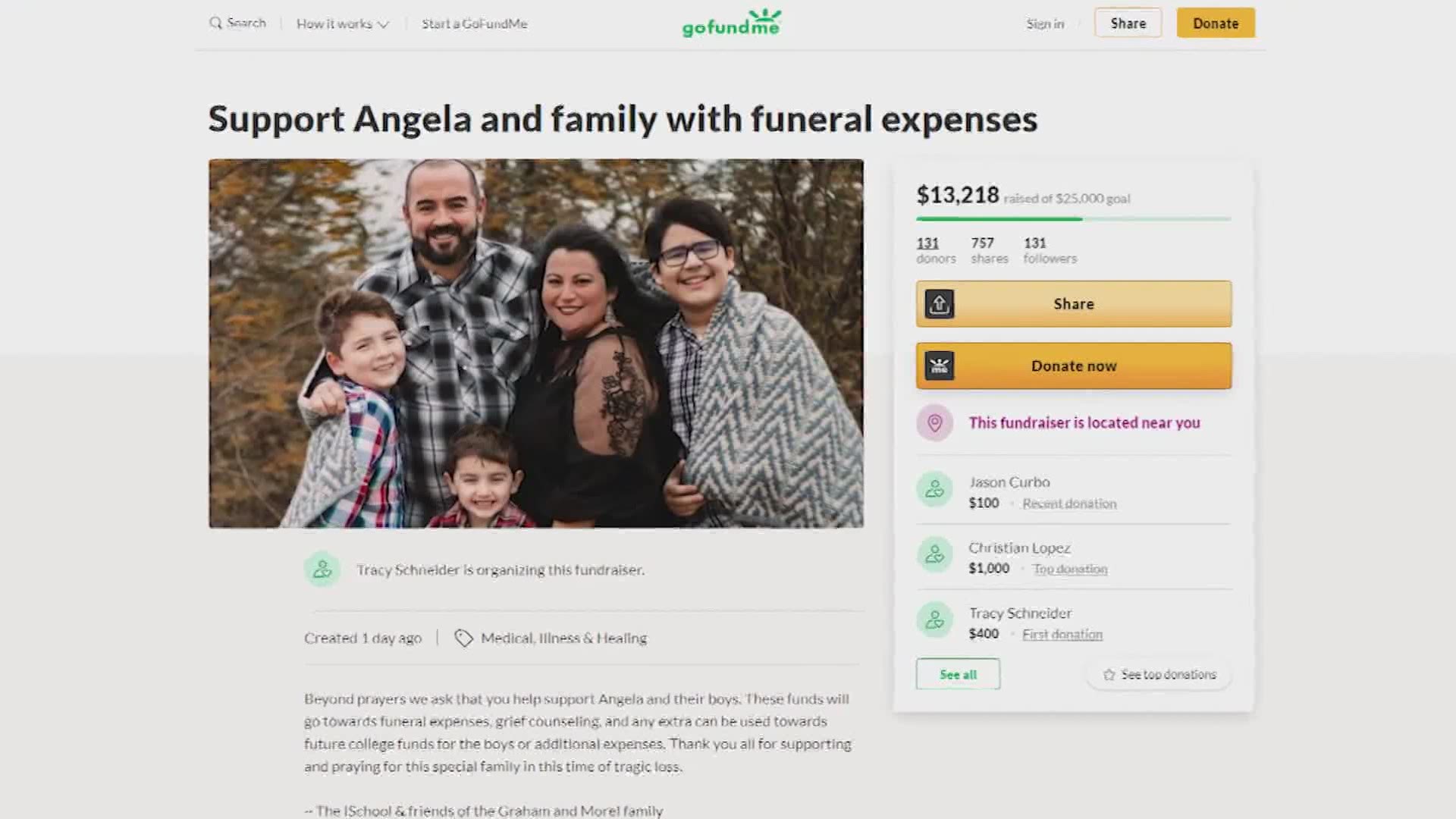 Angela Morel Graham confirmed to KHOU11 Monday that her husband, Josh, died Saturday while saving their two oldest boys from a strong riptide about 50 feet offshore.

Mike Lampson, of Richmond, and Rodney Sanders, of Spring, both rushed into the water to help. They agreed to talk to KHOU on Monday after getting the blessing of Graham’s wife.

“This interview’s not for me, this is for Josh,” Lampson said. “We feel that we needed to tell his side of the story. He died protecting his kids, and he’s the hero here.”

Sanders said he was at the beach with his family and a friend Saturday when his wife noticed people pointing into the water. That’s when he saw Graham on a wave 50 to 60 yards out.

“I knew something was wrong,” Sanders said. “I turned around, took my glasses off, chunked them at (my wife), and I took off running.”

Sanders said it took him and other witnesses about 15 to 20 minutes of fighting the currents and waves to reach Graham, who was not responsive.

Both Sanders and Lampson were trained in survival swimming in the military. Lampson also has swift water rescue training from his time as a fireman.

“Somebody brought a surfboard up and we got (Graham) onto the surfboard,” Lampson said. “I tried my best to start compressions right away, but the current was really strong and pretty much impossible, so we all made the decision to ... link up arms and get him into the shore.”

An ambulance met them on the beach, and resuscitation efforts started again.

Sanders walked Graham’s son away from the scene to go leave with another family member.

“His kids got stuck in that rip current,” Sanders said. “Josh is the hero. He went out there. He paid the ultimate sacrifice. He gave his life for his kids.”

Sanders said he’s been in touch with Graham’s wife, who he said calls her husband “the backbone of the family” and her best friend.

She gave KHOU permission to share a GoFundMe page set up to help the family with funeral expenses and grief counseling.

Graham’s wife, Sanders, and Lampson are all hoping to bring more awareness to the risk of rip currents, which are strong, narrow flows of water that move away from the beach.