'We had human remains all over us': Former NYPD officers talk about what they heard and saw 20 years ago on Sept. 11

Former New York police officers who now live in North Texas talked about Sept. 11 and the days that followed. They say they are haunted by that day. 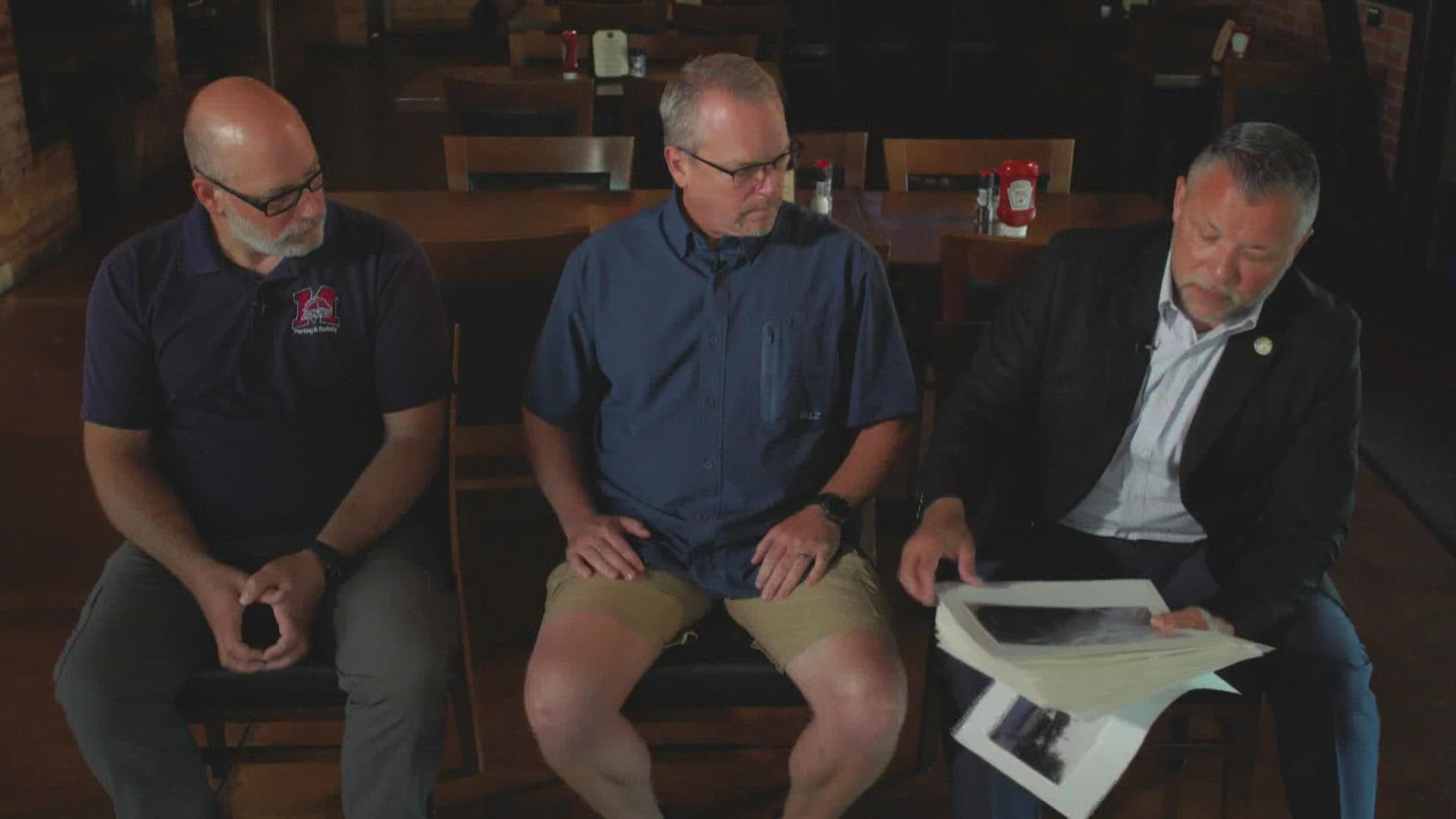 DALLAS — Editor's note: The video above features some graphic imagery from 9/11.

Four former New York police officers sat down with WFAA to tell their stories of what happened 20 years ago at the World Trade Center in New York.

”And I remember hearing the radio transmission come over that a plane hit the building,” said Det. Robert Platania.

”It went from a beautiful sunny day to a very dark, gloomy cloudy day and it was because we were inside the dust,” Pastrana said.

”It looked like a nuclear bomb went off,” Pastrana said.

None of the four officers knew each other, but tragedy united them.

They now all live in North Texas. Twenty years after 9/11, they sat down to talk to WFAA and share pictures taken at ground zero.

WFAA asked them what they thought when they first walked up to ground zero.

”I’ve described it to people as kind of like being in a snowstorm. It was just all dust and particles flying around,” said officer Chris Meyer.

It’s still difficult for them to talk about what they heard and saw.

Meyer arrived at ground zero after the second tower had fallen.

”I mean, there was jet fuel burning and concrete burning. You name it, all the different office supplies; everything was on fire and smoldering,” Meyer said.

One of his most vivid memories is the fire truck he found buried in the rubble.

“We opened up the door of the fire truck and we started locating the different remains and that was a shot in the gut,” Meyer said.

Pastrana said the most heart-wrenching moment for him came when he heard officer Moira Smith over the police scanner. She was trapped when the second tower fell.

”And I just remember her screaming over the radio: '1013 is stuck. I can’t get out.' I just heard her screaming and then the transmission stopped," Pastrana said.

Sgt. Gus Cabarcas led a team of officers in search of survivors.

”You know, that night at ground zero, it’s basically on your hands and knees looking, trying to look for survivors, you know after a while you knew it was nobody alive,” said Cabarcas.

He said every day they sifted through debris looking for remains. He said they were given buckets.

”If it was personal property, you put it in one bucket, and if it was human remains, in another and at the end of your tour you would take those buckets, the FBI had a trailer on the landfill, you would turn all that stuff in,” Cabarcas said.

He says after those shifts, they had to walk past family members holding up posters of their missing loved ones.

”And you know they come up to you and ask, 'Hey, have you seen my son? Have you seen my husband?' and you knew that there was no one alive down there,” Cabarcas said.

Twenty-three NYPD officers died that day, but the department says more than 1,500 have died from illnesses like cancer and lung damage from what they inhaled.

Meyer says he suffers from PTSD and has struggled with depression.

”And there was a point...it was really bad for me where I really reached the worst in my life,” Meyer said.

Now they gather every year, along with dozens of other former NYPD officers who live here, to remember.

”It’s a time to remember the fallen but at the same time, it’s a time for us to get together with our peers and just reminisce about where we were that day. I mean, we’re very fortunate that we’re still here,” Cabarcas said.