Richard Brown, a former priest with the Catholic Diocese of Dallas, was arrested Wednesday in Missouri. 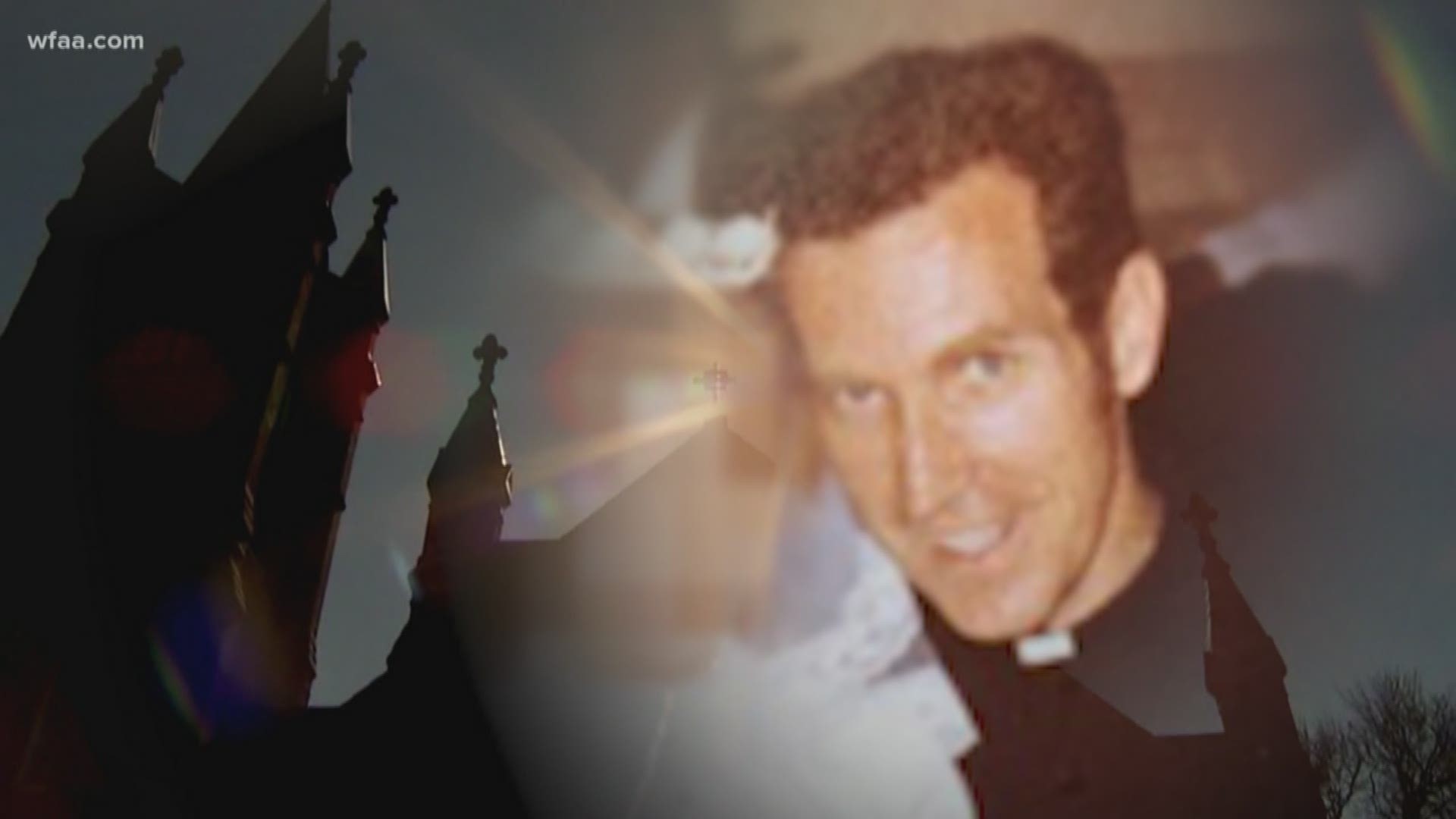 Brown was named in a list of priests credibly accused of sexual abuse published by the Catholic Diocese of Dallas.

Custody records show Brown was entered into a detention facility in Dittmer, Missouri on Wednesday.

He was accused Tuesday of aggravated sexual assault of a child with an offense date of July 5, 1989, Dallas County records show. It wasn’t immediately clear Wednesday which church Brown was assigned to when the alleged incident occurred.

The Catholic Diocese of Dallas was made aware of an arrest warrant for Brown after being informed by WFAA.

On Wednesday, a spokesperson for the Diocese said all documentation on Brown was handed over to investigators in 2018, well before the highly publicized raid of Dallas offices in May 2019.

Albert Martinez, the security and safety director for the Diocese, says the Diocese had sent a letter to the Dallas Police Department urging Brown's arrest.

"Everybody wants justice. The Diocese shares that with the Catholic faithful and with everyone in the community that we want to see justice served," said Martinez, a former deputy chief of the Dallas Police Department.

In that letter sent to Dallas police in September, the Diocese refuted the notion that it had helped Brown "roam around the country." In that same letter the Diocese stressed that it told detectives of his every known whereabouts outside of Texas.

"That letter appealed to the detectives to continue with their work in hopes that an arrest would be made if probable cause and evidence was determined," Martinez said.

The Diocese sent the following statement to WFAA following news of an arrest warrant:

"It is our prayer that the arrest of Richard Brown will provide an opportunity for the legal system to address the accusations against him.  The Diocese stripped Richard Brown of his public ministry decades ago and he has been officially laicized.

"As early as December of 2018, Bishop Burns and the Diocese of Dallas provided DPD with documents and files on Richard Brown in advance of the January 31, 2019 release of names of those credibly accused from 1950 to present.  In a letter to police in September of 2019 the Diocese of Dallas expressed concern and the hope that he would be arrested. News that a warrant for his arrest has been issued fulfills the hope of the Diocese that justice will be served.

"As he has said in the past, Bishop Burns encourages all victims of sexual abuse to report allegations to law enforcement. We continue to pray for all victims of abuse and continue to work diligently in creating a safe environment."

The Federal Bureau of Investigation is seeking to identify victims who were persuaded or coerced into a sexual act by a member of the clergy in the North Texas region between 1985 and the present. If you believe you are a victim, the FBI asks you to click this link and fill out the questionnaire.