Barbara Sterling, 52, waved to hospital staff as she was wheeled out of Methodist Charlton Monday night. 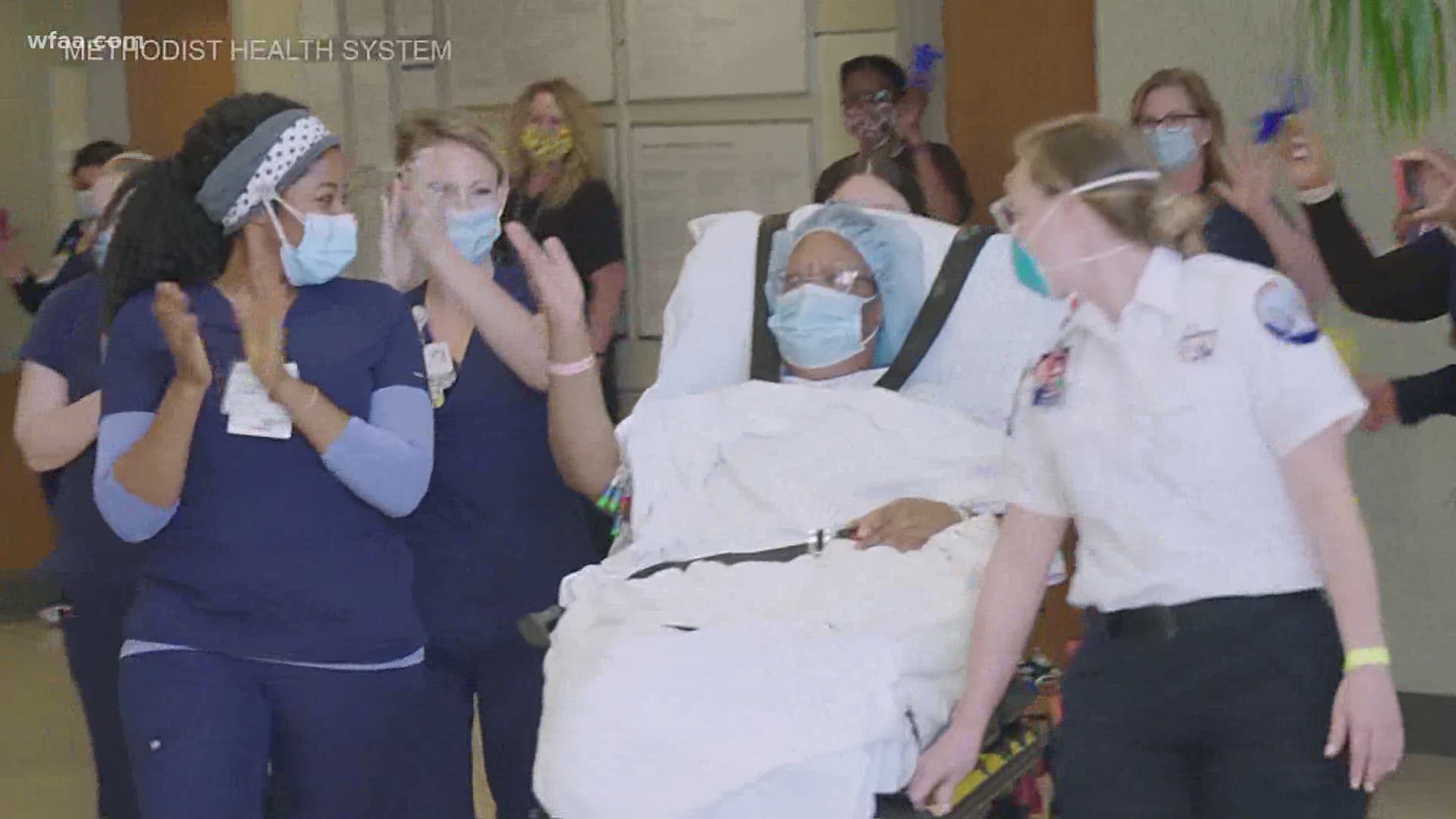 Barbara Sterling, 52, was admitted on March 22.

Of those 57 days, Owens said Sterling was in the ICU for 54 days and on a ventilator for 33 days.

She was given plasma from a COVID-19 survivor as part of her treatment at Methodist Charlton, Owens said.

Sterling will spend some time in rehab to regain strength, but she appeared ecstatic while leaving the hospital Monday night.

Sterling's family was waiting outside. She hadn't seen them since she was admitted.

She's a wife, mother, and grandmother. Owens said that nurses often helped her FaceTime with her family.

Many of those nurses were involved in the happy sendoff.