4 off-duty Texas firefighters playing golf drop their clubs, jump a fence and grab some flower pots to stop a nearby fire

"We pretty much knew right away when we went over there what we were going to do," McKinney firefighter Casey Durham said. 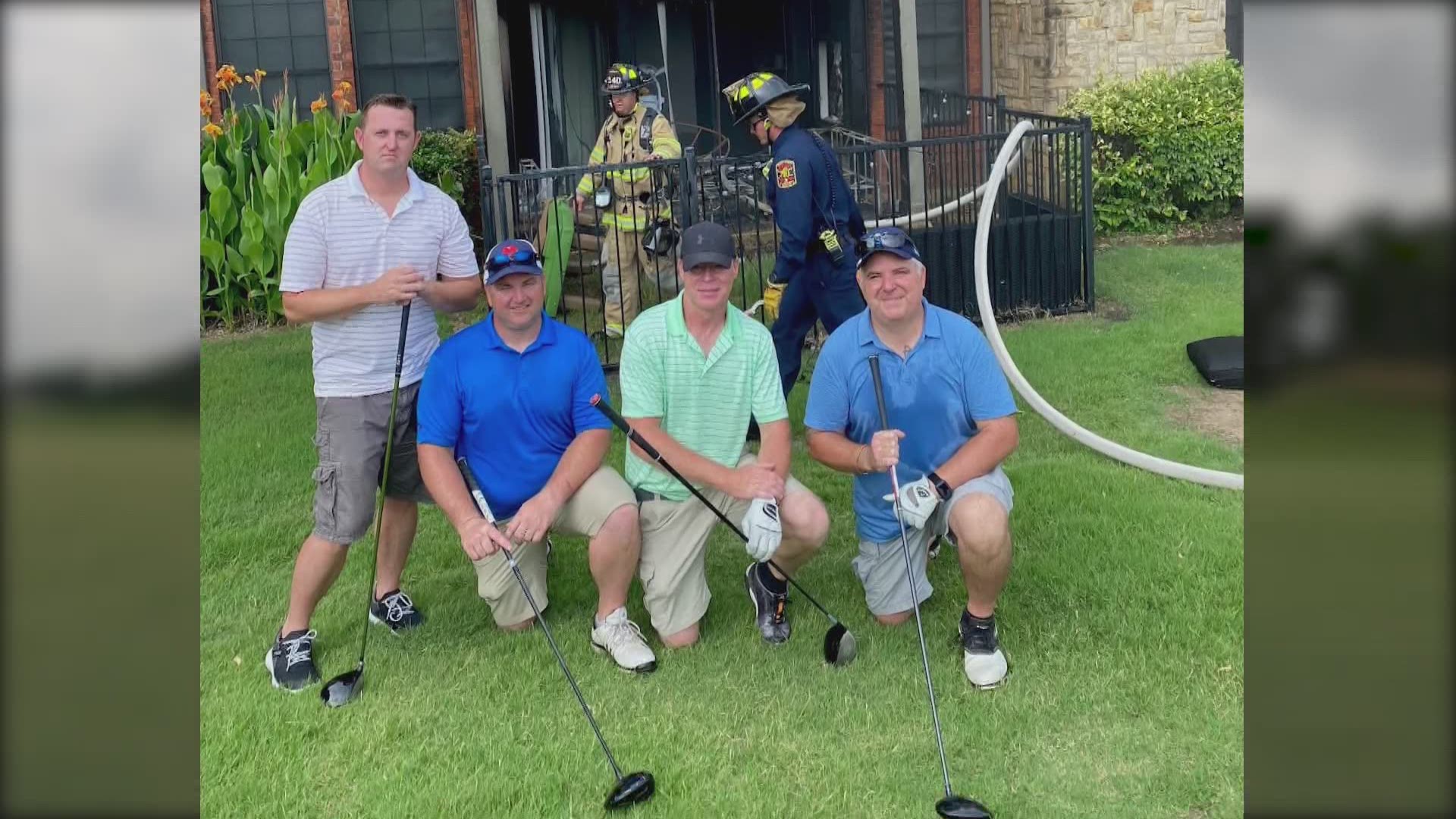 MCKINNEY, Texas — It was supposed to be just a game of golf for four McKinney firefighters - but they had to put their game on pause Wednesday morning when they jumped into action to stop a fire burning at a home just off their course.

Firefighters Casey Durham and Chris Dudley, along with Capts. Jared Turner and Bill South, had just finished their shifts at work Wednesday morning. With their time off, they planned to start a round of golf at the WestRidge Golf Course in McKinney.

"We planned it all about 6 o'clock yesterday morning to come out and play, because the weather was going to be somewhat cool," South explained.

It's something the group said it tries to do - play a few rounds of golf together - a couple of times a month.

But once they got to the seventh hole, Dudley said they noticed smoke coming from a house near the green.

"We're used to seeing smoke after we hit the golf ball," Dudley said with a smile. "This smoke was a little further away."

Durham said they sometimes will notice smoke coming from barbecue pits or grills in the backyards of houses near the course. This was different.

Turner said he knew they needed to act quickly.

"Once we got there, our initial goal was to make sure the structure was clear and all the occupants were out and safe," Durham said. "I initially started to try and clear neighbors out."

But, no one was inside at the time.

"(The smoke) kept getting blacker and darker, and pretty soon we're like, 'Oh, this might be a problem,'" Turner recalled. 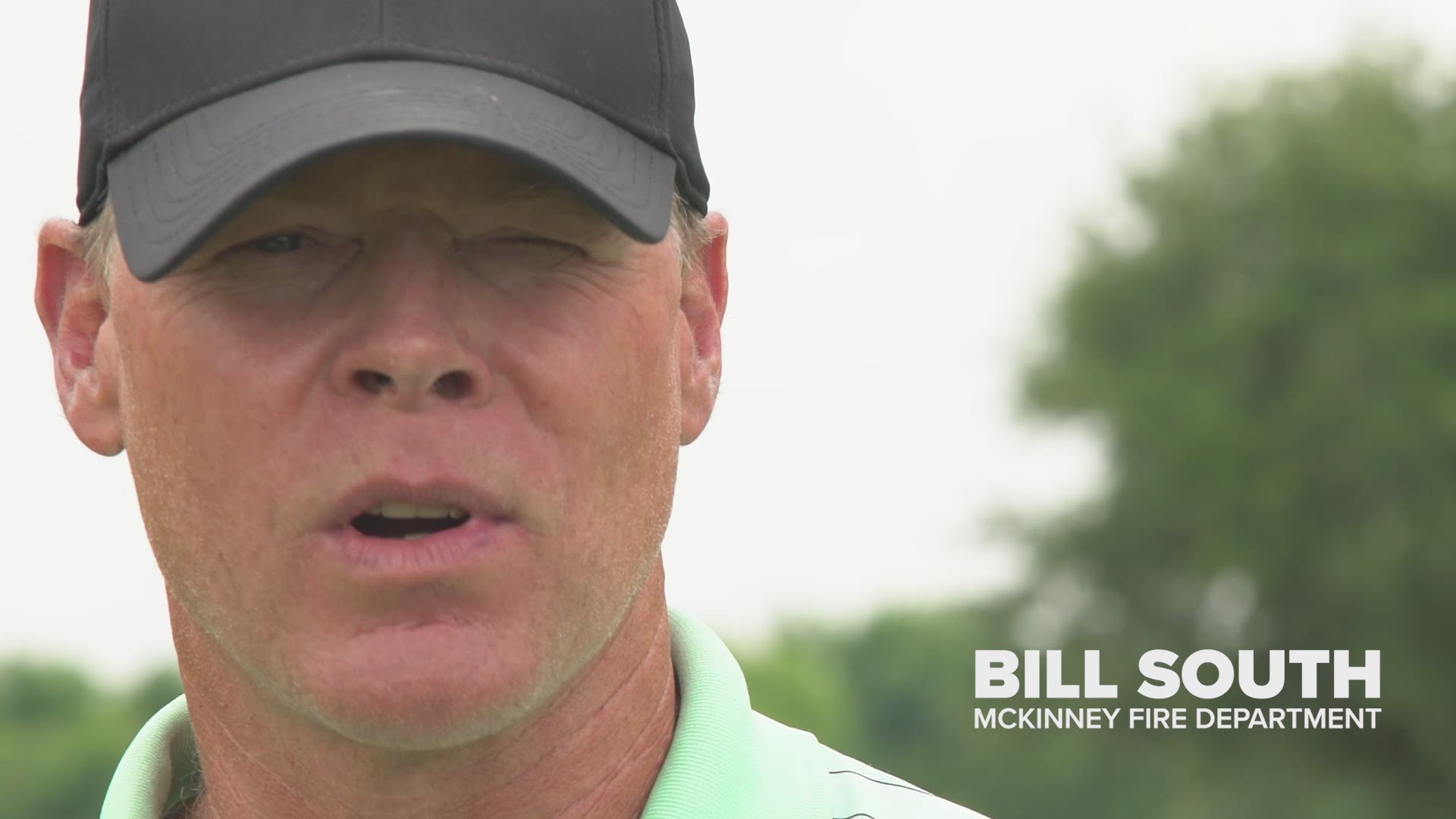 The four off-duty firefighters dropped their clubs, jumped the fence and picked up flower pots inside the home. They used the kitchen sink to fill them with water.

"We took some empty flower pots and just formed an old school bucket brigade and throwing water on," Turner said. "Then it became a competition. We were trying to get it out before the engine company got there."

"We pretty much knew right away when we went over there what we were going to do," Durham added.

They stopped the fire from moving to the rest of the building, and then let on-duty firefighters take care of the rest. With no one home and no one hurt, the four went on with the rest of their round.

Credit: McKinney Fire Department
A look at the damage after a house caught fire Wednesday morning near the WestRidge Golf Course in McKinney.

Turner said the action they took was just something the knew they had to.

"We have a duty to act, and we're always on duty," Turner explained. "Even when we're off, we're still compelled to act. If we can help, we will."

Dudley said this type of instant reaction is embedded in their minds once they decide to become firefighters.