While the east coast is seeing snow, Central Texas saw parts of space fall from the sky! 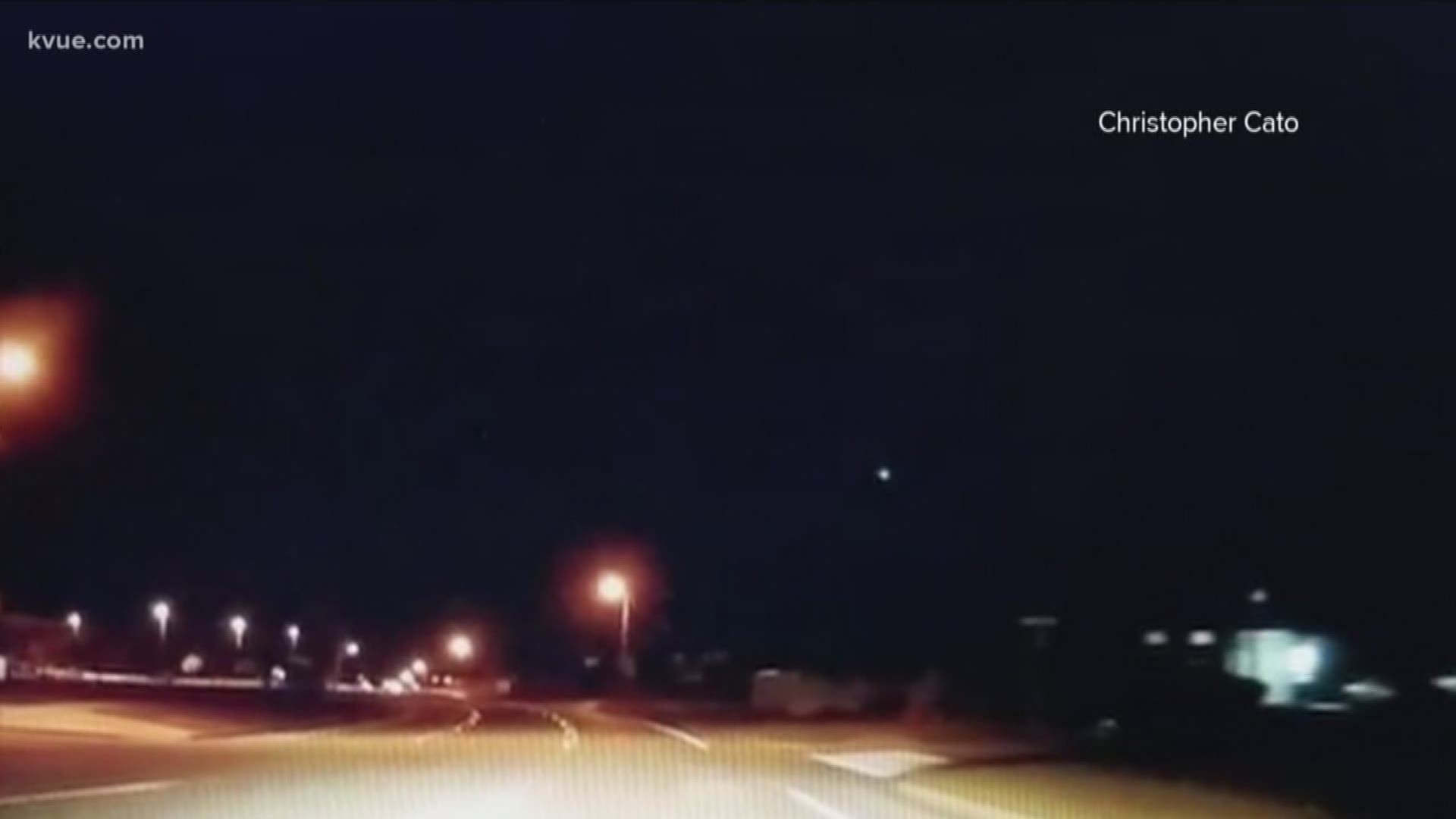 AUSTIN — While the east coast is seeing snow, the Austin area is seeing parts of space fall from the sky!

NASA defines a meteor as a bit of rock that breaks off from an asteroid orbiting the sun and burns when it enters Earth's atmosphere. If part of the rock survived the trip through our atmosphere and hit the earth's surface, then it would be a meteorite.

According to Anita Cochran, assistant director at the McDonald Observatory, a meteor is a piece of rocky material.

"It can be as small as a grain of sand or really big things that come down occasionally," Cochran said.

She said when the space rock hits the atmosphere and breaks through the speed of sound, it causes a loud sonic boom -- a phenomenon called a Bolid Meteorite.

"This one was probably small," Cochran said. "Depending on how hard it is, the further it gets into the atmosphere, the brighter it looks and you're more likely to have a sonic boom."

WATCH: A weekend of shooting stars: Catch the peak of the Leonids

This video from Christopher Cato shows the burst of light caused by that journey through our atmosphere, and it was all caught on his dash cam. He said he was driving in the Killeen area near Temple.

Some viewers say they heard a loud boom around 9:23 p.m.

RELATED: Leonid meteor shower coming to a sky near you this weekend

Herlacher was shaken up by a loud boom.

"I thought it was kids setting up fireworks, but it felt way too strong for it to be fireworks," she said. "It shook the wall I was leaning against because it was intense."

Elizabeth Merritt caught a view of the meteor in the Circle C Ranch area.

Circle C Ranch is in South Austin at the end of the Mopac Expressway.

Ryan Foley's Nest camera caught a glimpse of a meteor as well.

RELATED: Top spots in the Austin area to see the peak of the Leonid meteor shower

The Leonid meteor shower is going on right now. This year we can expect to see 15-20 meteors an hour. Viewing should be spectacular in Central Texas -- thanks to high pressure giving us clear skies.

If you are interested in looking at the night sky for a chance to see a meteorite, the best advice is to get away from city lights.