3 fires break out at Austin homeless camps in 24 hours

One of the fires damaged the historic Buford Tower. The AFD is investigating it as arson. 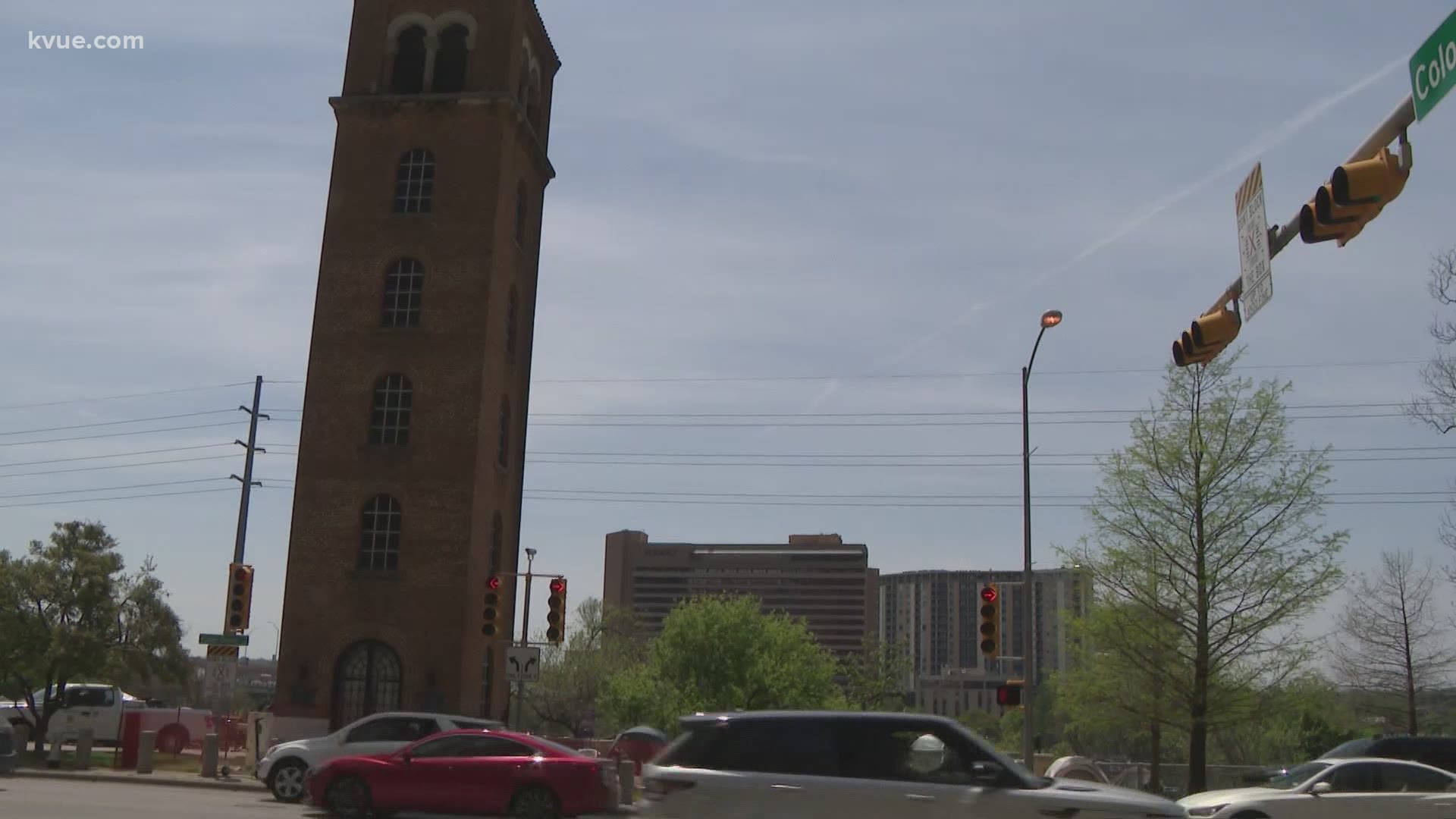 AUSTIN, Texas — Three fires broke out at Austin homeless camps over the span of 24 hours. One of those fires spread and burned the historic Buford Tower in Downtown Austin.

The Austin Fire Department said they believe the blaze was arson and are looking for a suspect. AFD said the Thursday night fire started at a nearby homeless camp and drifted to the historic tower.

Friday, city crews were washing away the ashes left behind. No injuries were reported. AFD said the damage was mostly on the outside of the building and windows.

"I lost everything, my entire life," said Richard Bryant, who lives at the homeless camp. "My sleeping bag, my clothes, my blanket, everything."

Bryant lives in a now-melted tent at the homeless camp where AFD said the blaze started.

Hours after the April 1 fire broke out at the Buford Tower – a bell tower and landmark that used to serve as a drill tower for the Austin Fire Department – firefighters responded to a separate fire at the State homeless camp on the Bastrop Highway. Damage was reported at four units at the homeless camp, but there were no reported injuries.

The third fire broke out at a homeless camp located in the 1100 block of S. Interstate 35. Details are limited on that particular fire.

In the last 24 hours, the Austin Fire Department has responded 11 times to homeless-camp fires, but eight of those fires were not out of control.

Those eight fires were violating open burning guidelines. A fire is in violation of the City's guidelines when it's within 25 feet of a building or it's happening in a green space or greenbelt. The most recent violations firefighters had to respond to happened at camps in the 5900 block of East Riverside Drive and the 400 block of Interstate 35.

Fire crews are typically alerted about a fire in violation when passersby see smoke or fire. It's usually a campfire, cooking fire or a warming fire in the homeless camps.

AFD told KVUE that "these are becoming more common."

The fires added fuel to the conversation about Proposition B, a proposal on the May 1 ballot that would reinstate the camping ban and make it illegal to camp in public spaces, sitting and lying in the downtown area and panhandling at night.

There are people on both sides of this issue. Chris Harris with Homes Not Handcuffs, a grassroots organization against Prop B, said it would put people experiencing homeless into a vicious cycle.

Harris agrees with most of the city council, which held a press conference Friday along with other activists to say housing the homeless is the solution, which the city has started to do by buying local hotels to house them.

Cleo Petricek, the co-founder of "Save Austin Now," a large group fighting to criminalize camping in public places, said camps need to be regulated.

"Homelessness is not a crime," said Petricek. "It's the behavior behind it. It is these fires. This is aggressive behavior, aggressive panhandling."

While the debate continues, Bryant, who has been homeless for a year, said he will continue to sleep with one eye open.

Mayor Steve Adler responded to the fires Friday morning, saying the city needs to focus on housing the homeless.

"If that same fire happens in the woods to those we've forced to go back, as some are asking, people may well die," Adler said. "This fire was horrible, as was the one last night at the Governor’s Camp Esperanza. Let’s get people out of tents everywhere. Let's actually get people housed, not just hide them.”

This is what Austin’s iconic Buford Tower looks like this morning. Crews were busy putting out a fire last that spread from a nearby homeless camp. @kvue https://t.co/fsBganRCPm pic.twitter.com/nTkiAOhyCI

Austin City Councilmember Mackenzie Kelly said she was "astonished" by makeshift campsites next to the tower. She urged Austinites to vote in favor of Proposition B in the upcoming May 1 election, calling it "a public safety issue."

The proposition asks voters whether to reinstate the City's ban on homeless camping and was added to the May ballot after a successful petition.

Both fires last night were horrible, including the fire at your sanctioned campground, Camp Esperanza.

Local Democrats have launched a campaign against the measure, saying it would be a step in the wrong direction for people experiencing homelessness in Austin. Mayor Adler has said he believes the vote will be "close."