Mike O'Connell said that while they believe LMPD has probably cause, the charges will be dismissed. 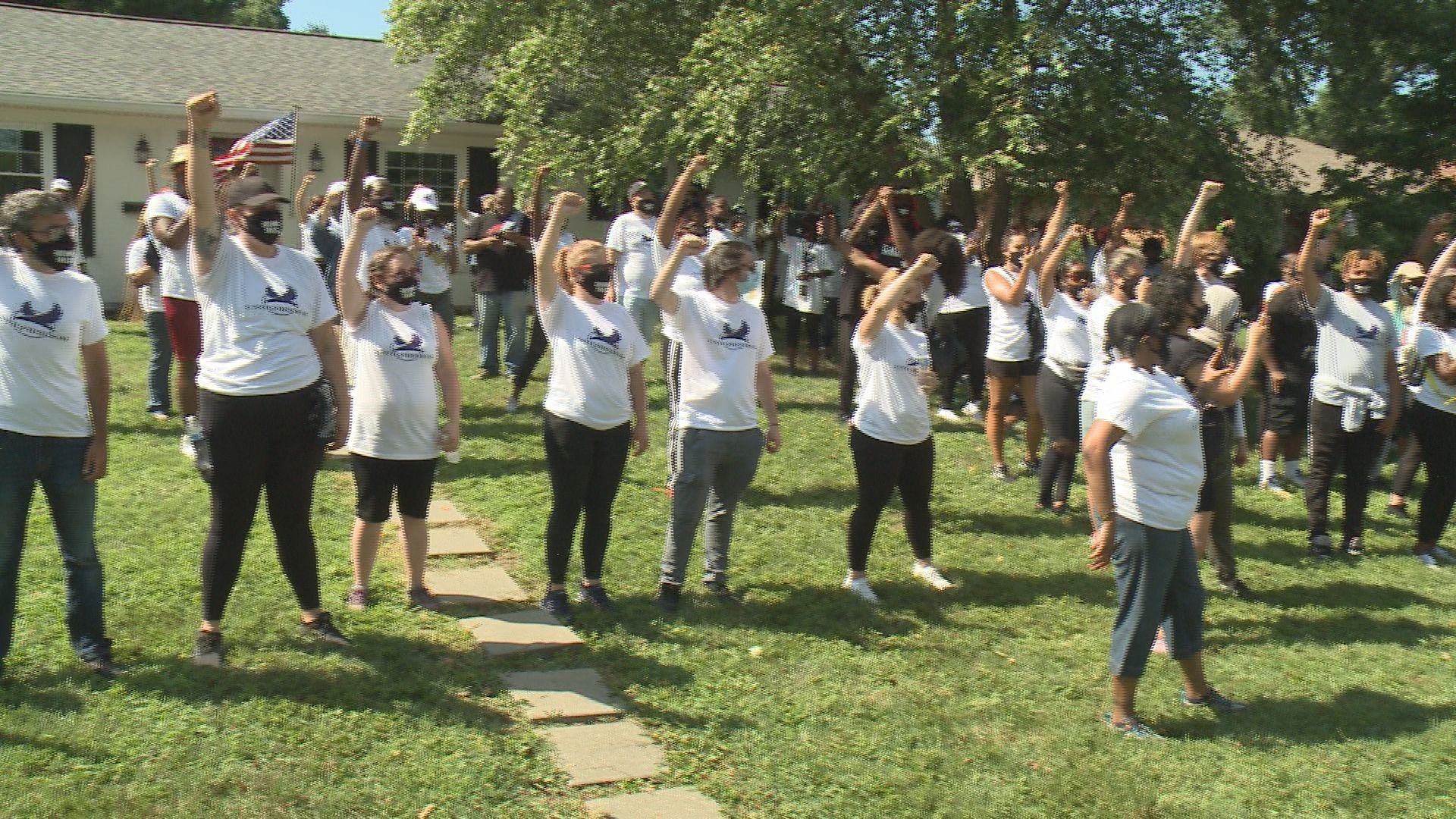 "While we do believe the LMPD had probable cause for the charge, in the interest of justice and the promotion of the free exchange of ideas, we will dismiss that charge for each protestor arrested this past Tuesday," O'Connell said.

Louisville police originally defended their decision to charge the 87 protesters with felonies, releasing video of chants that made police believe the protesters were threatening Cameron's safety.

According to police, in the video protesters are heard chanting "If we don't get it, burn it down."

"Prior to arriving at the home, it was stated the intent of the protest was to 'escalate' their actions, which in the past has indicated violent or destructive behavior," LMPD Special Adviser Jessie Halladay said.

Protesters and legal experts questioned the charges, saying their words were taken out of context.

Linda Sarsour, co-founder of Until Freedom, said the goal was to escalate organizing, and organizers encouraged protesters not to resist arrest and continue nonviolent demonstrations.

"This chant of 'If we don't get it, shut it down. If we don't get it, burn it down,' is one that is used across the country and it refers specifically to oppressive systems that continue to keep Black people and people of color down," Sarsour said. "So to try to imply that 'burn it down' meant some sort of threat to Daniel Cameron, although 87 people were trained in Kingian Nonviolence just a few hours before, is despicable."

Shortly after O'Connell's announcement, LMPD released a statement saying they appreciate his decision.

"Officers have to make the best decisions they can with the information they have at the time, and we appreciate that the County Attorney agreed that the officers in this case had probable cause to make the charges they did," Halladay said. "The County Attorney must weigh several factors when considering next steps, and we respect the decision he announced today."

In a statement sent to WHAS11 the co-founder of Until Freedom, Linda Sarsour said: "We are glad to see that officials came to their senses and dropped the bogus felony charge against the Louisville 87. We at Until Freedom have always been rooted in non-violence so we were not afraid or intimidated, yet LMPD attempted to create a distraction from our message: arrest the cops who murdered Breonna Taylor or we will be back."

University of Louisville Law Professor Sam Marcosson said before a state can punish speech on the ground that is threatening or intimidating, the speech must be clearly targeted at someone."

Since protests have erupted on May 28, Louisville Metro Police Department says it has made 435 arrests. Most of those charges were misdemeanors like unlawful assembly and disorderly conduct.

"It's time for a change and I'm one of those that's going to risk it all," Norman Parker said who was one of the participants who protested in front of Cameron's home.

"I've had zero violations while I've been on probation," he said.

WHAS11 spoke with Parker before the felony was dismissed. At that time he explained how the charge was going to potentially send him back to prison because he is on probation for a drug offense from 2018.

"When I heard that I was like 'wow' like really?' You can't be anymore peaceful than what we were," he said.

After the news from Jefferson County Attorney's Office WHAS11 called him back for his reaction.

O'Connell's office is still reviewing the other two misdemeanors that LMPD filed for the 87 protesters.

RELATED: LMPD explains why protesters outside AG Cameron's home were charged with felonies