The law signed in May by Republican Gov. Brian Kemp bans abortions once a fetal heartbeat is detected 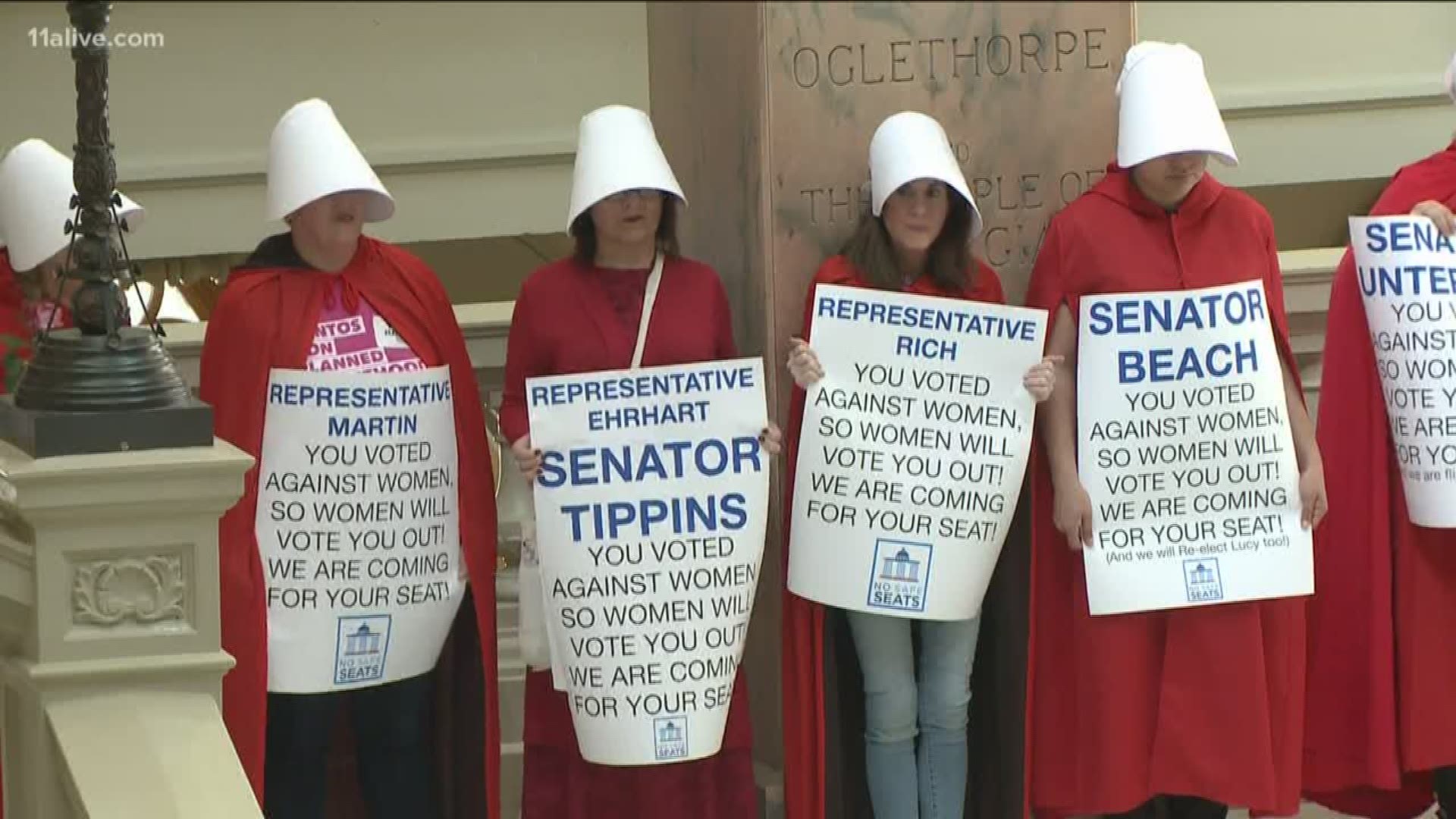 ATLANTA — A federal judge on Tuesday temporarily blocked Georgia's restrictive new abortion law from taking effect, following the lead of other judges who have blocked similar measures in other states.

The law signed in May by Republican Gov. Brian Kemp bans abortions once a fetal heartbeat is detected, which can happen as early as six weeks into a pregnancy, before many women realize they're expecting. It allows for limited exceptions.

It had been scheduled to become enforceable on Jan. 1.

Lawyers with the American Civil Liberties Union, Planned Parenthood and the Center for Reproductive Rights in June filed a constitutional challenge to the law on behalf of Georgia abortion providers and an advocacy group.

U.S. District Judge Steve Jones wrote in an order Tuesday that the current laws governing abortion in the state shall remain in effect for the time being.

The law makes exceptions in the case of rape and incest, as long as the woman files a police report first. It also allows for abortions when the life of the woman is at risk or when a fetus is determined not to be viable because of a serious medical condition.

Additionally, it declares an embryo or fetus a "natural person" once cardiac activity can be detected, saying that is the point where "the full value of a child begins." That would make the fetus a dependent minor for tax purposes and trigger child support obligations.

“This case has always been about one thing: letting her decide. Everyone is entitled to their own opinion, but every woman is entitled to her own decision,” said Sean J. Young, legal director of the ACLU of Georgia.

The so-called heartbeat law is one of a wave of laws passed recently by Republican-controlled legislatures in an attack on the U.S. Supreme Court's 1973 Roe v. Wade ruling that legalized abortion nationwide.

None of the bans has taken effect. Some have already been blocked, and elsewhere courts are considering requests to put them on hold while legal challenges play out.

"We are currently reviewing Judge Jones’ decision. Despite today’s outcome, we remain confident in our position," said Candace Broce, Gov. Brian Kemp's communications director. "We will continue to fight for the unborn and work to ensure that all Georgians have the opportunity to live, grow, and prosper."

Some anti-abortion activists are hoping the Supreme Court will eventually get involved.

"I'm not surprised. I'm not thrilled it's having to fight it's way through the courts. But maybe this is an opportunity for the courts to finally get this right after all this time," said Virginia Galloway with the Faith and Freedom Coalition.