Both entities are disputing pricing. If an agreement isn't reached by Jan. 1, patients may not be covered at about 40 facilities in the area. 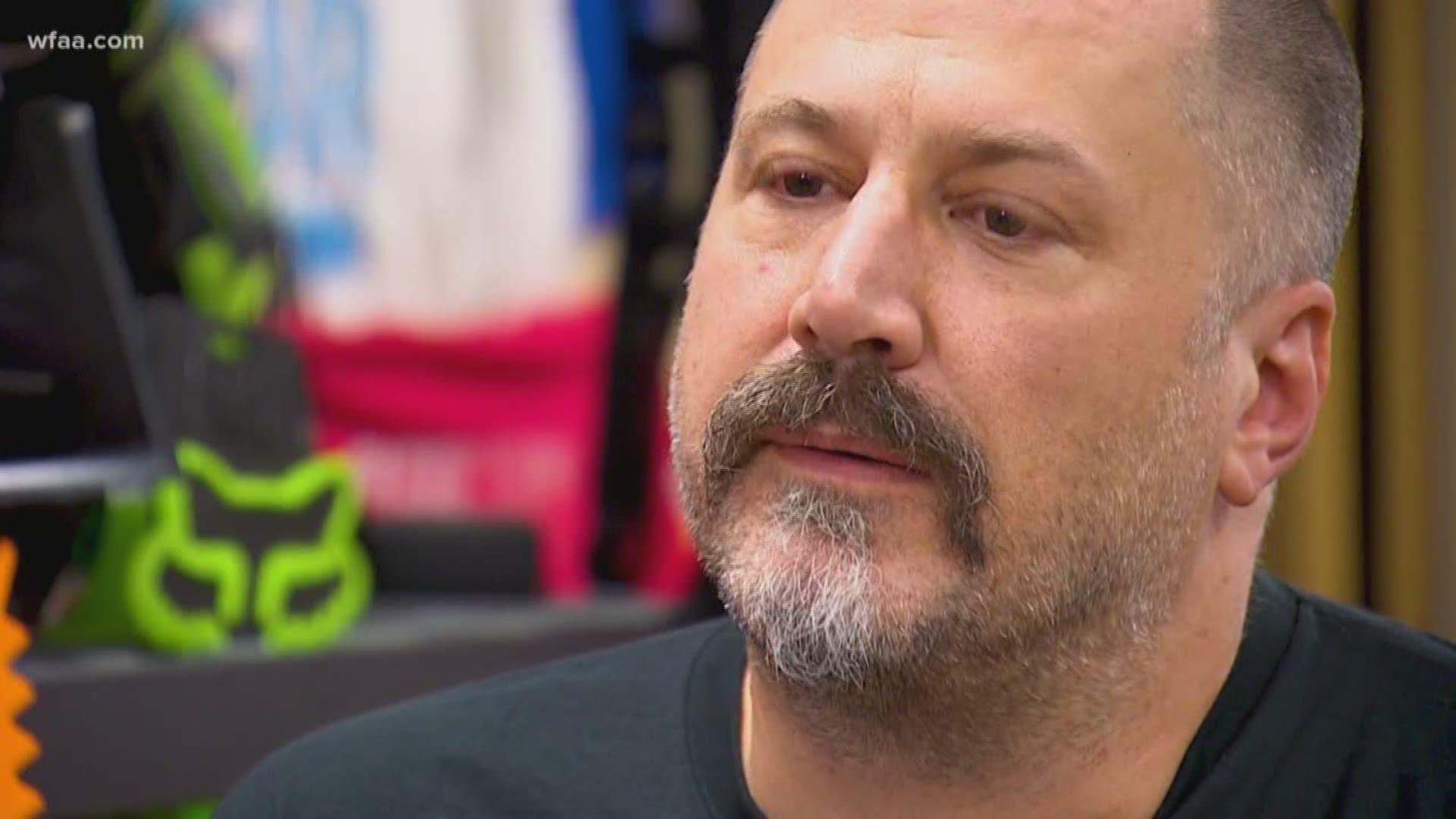 MCKINNEY, Texas — A McKinney father with a rare form of cancer is now caught in the middle of a fight over healthcare dollars that may force him to drive four hours to receive adequate treatment in Houston.

That all can be avoided if Cigna and Southwestern Health Resources come to an agreement over insurance rates before Jan. 1.

Both are at an impasse over negotiations that have been deteriorating since mid-November.

If nothing is done, Cigna told WFAA that more than 100,000 patients could lose coverage at about 40 medical facilities in the Dallas-Fort Worth area and would be forced to pay more out of pocket.

Cigna strictly clarified to WFAA Tuesday that it wanted to let patients know other healthcare alternatives are still available to them in the metro.

That includes a number of hospitals that are still in the Cigna network. A spokesperson also said that emergency care would not be impacted.

It also said patients should ask about the continuity of care in their plan. If a deal isn't reached, those patients may still be covered for a short period of time after Jan 1.

Michael Orpen learned about it all when he got a letter from Cigna saying that he may not be covered when he goes in for a cancer scan at UT Southwestern Medical Center next month.

Orpen was diagnosed with dedifferentiated liposarcoma in July of 2018.

It's a rare soft tissue cancer that is found in approximately 1 out of 330,000 persons every year.

"I was just in shock. I never thought it would happen to me, it's always someone else," Orpen said.

A large tumor was found in Orpen's abdomen and had to be removed along with his kidney.

Doctors discovered the tumor after Orpen went to the hospital for a hernia.

"When they removed the tumor, it was the size of a small football," Orpen said.

Credit: Orpen Family
Post-surgery photo of Orpen after his tumor and kidney were removed.

Orpen's cancer can only be treated via surgery. Radiation and chemo are ineffective.

The 49-year-old stays on top of everything by getting scans done every 3 months. If doctors notice that a tumor is growing, even if it is small, it is removed.

Orpen recently had surgery to remove one that was smaller than 2 millimeters.

"This is our new normal now," wife Kelli Orpen said. "This is life or death for us."

The Orpens told WFAA that they choose to get their scans done at UT Southwestern because oncologists there are more familiar with dedifferentiated liposarcoma.

The scans, with coverage, cost about $5,000 for the Orpens. But if Southwestern Health Resources, which is over UT Southwestern, and Cigna don't reach an agreement those costs could skyrocket.

"We rely on those scans, and we rely on their technology," Kelli Orpen said with tears in her eyes.

Worst case scenario, Orpen would have to travel to MD Anderson Cancer Center in Houston for his scans. The drive is around 4 hours on a good day.

Orpen would still have access to other hospitals like Baylor University Medical Center or Medical City Dallas but he added that he's unsure if any facility could meet the needs of what he's dealing with like UT Southwestern.

"The more modern the facility, the better chance they have at catching everything early," Orpen said

Kelli Orpen added that "MD Anderson is a great facility and the only one that we would trust."

The primary issue that Cigna and Southwestern Health Resources can't come to an agreement on is pricing.

"The heart of this issue is the need to focus on quality and total cost of care.

Cigna insists on looking at expenses from an outdated unit cost approach.  Southwestern Health Resources has focused intensely on cost-of-care approaches that have proven to reduce total costs, save money and improve outcomes for Medicare patients and commercially insured North Texans.

In fact, based on information provided by Cigna, Southwestern Health Resources cares for more patients with complex medical conditions than other providers and does so effectively.  Despite this higher complexity of care, our patients have seen lower costs over the last four years than patients who use other networks. More complex health issues require more highly skilled resources and better coordination of care."

Orpen said that he just doesn't have time to hang in the balance of a dispute like this.

"We're not sure what to do next. We have to wait for them to tell us what to do," he said.

"We're just kind of in limbo and have to create a backup plan," Kelli Orpen said.

"For us, it's just a matter of inconvenience to get the care and the scans that my husband needs and to keep going without spending tens of thousands of dollars out of pocket."