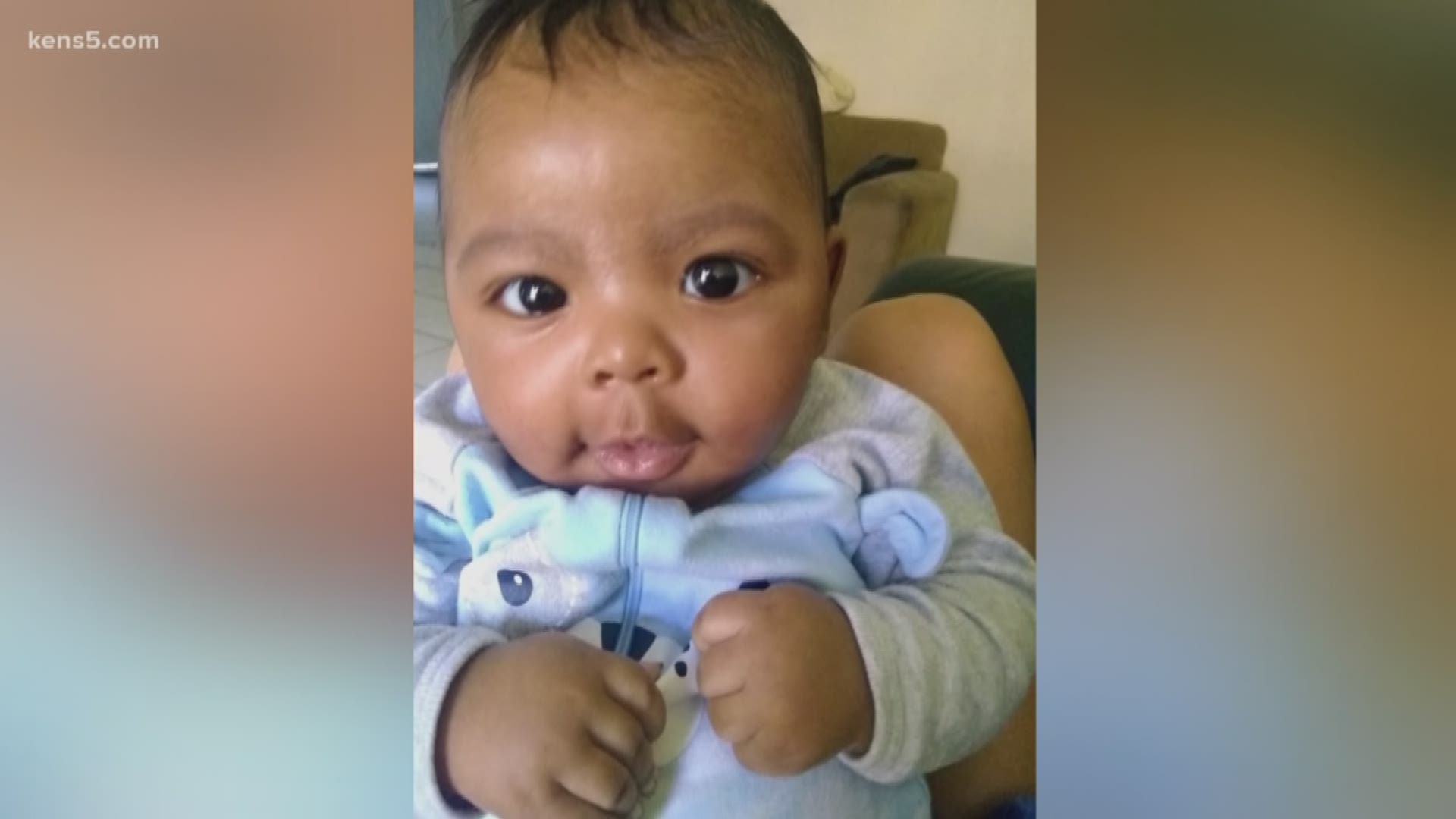 SAN ANTONIO — Police have arrested a man in connection to the death of a three-month-old boy.

Jose Rafael Amaya-Cantu, 32, was arrested Saturday. He faces one charge of "Injury to a Child - Serious Bodily Injury."

Police say officers were called to a scene where Cantu was with the unresponsive baby. The baby was taken to the hospital, where he later passed away, according to preliminary information from police.

The baby's parents, Jasmine Ybarra and James McKnight got a chance to say goodbye to their baby boy, J'Anthony, before doctors took him off life support.

"I am just glad I got to hold him when he took his last breath," she said.

J'Anthony ended up in the hospital severely injured. Ybarra said when she got there, she didn't recognize her son.

"He had broken ribs, a fractured skull," she said. "He had brain swelling."

Ybarra said on Friday she let her mom take the three-month-old shopping. She later got a call from police saying J'Anthony was in the hospital. Ybarra said her mother's boyfriend, Amaya-Cantu, told police he and the baby got into a wreck. The parent's don't believe that story. On Monday, police arrested the 32-year-old and charged him with causing serious bodily injury to a child.

"I feel like there is more to the story that needs to be told," she said.

Ybarra doesn't know what really happened to her baby and wants answers. She also wants her mother to be held accountable. "They say she is innocent because she wasn't there when the incident happened," she said. "But I feel like she should be behind bars as well, because I left my baby under her care."

CPS has assigned a special investigator to this case and they're looking into this matter. Police say the case remains under investigation.

The family has established a GoFundMe account to help with funeral expenses.