Shavon Randle disappeared from the home of another aunt and uncle, where she's living off Southridge Drive. 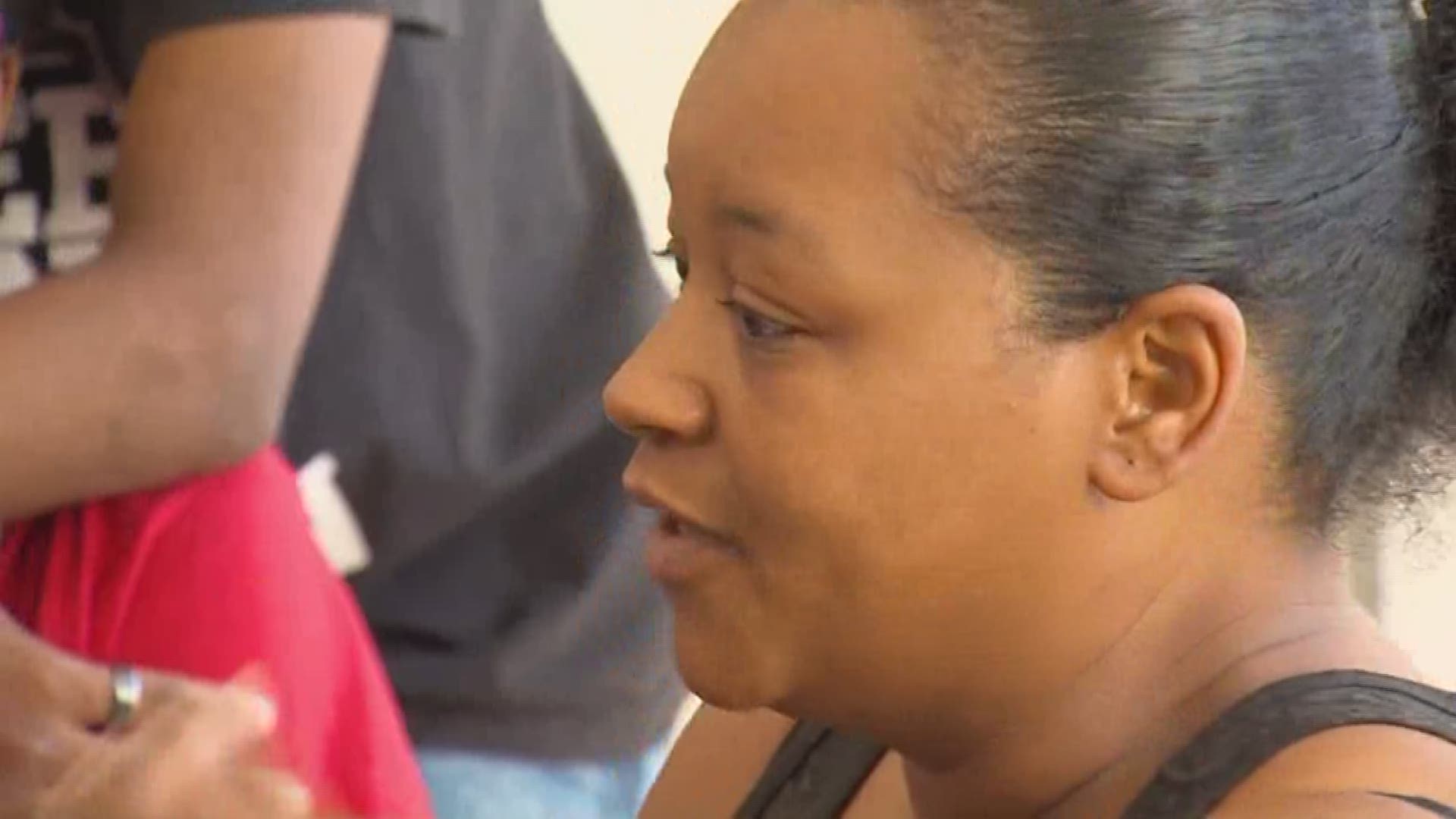 Shavon Randle has dozens of friends who gathered Wednesday evening to hold hands and pray for her safe return. Loved ones say the one thing the 13-year-old doesn’t have is enemies.

"I just know she’s missing, and we haven’t heard anything for hours," said her aunt, Latoya Randle.

Her aunt spoke with WFAA at Lancaster Police Headquarters while she waited for any news of her niece.

Meanwhile, tears fell back at the place the teen was last seen. Police say sometime Wednesday morning, Shavon disappeared from the home of another aunt and uncle, where she's living off Southridge Drive.

That’s when the phone started ringing.

"The suspects were calling family members and the family member in turn contacted us," said Det. Joseph Brickett with Lancaster Police.

He said the first call came around 10:30 Wednesday morning.

"'Do you know the victim?'" said Brickett, summarizing the call an unknown man made to the Randle family. "Yes. I do. 'Ok, well we have her' and a few minutes later they called back."

Detectives say the man on the other end then threatened Shavon’s life if her family called police. Detectives are focusing their time on tracing those calls.

"Somebody took a sweet innocent little girl that hasn’t done anything to anybody and is threatening her," said Latoya Randle.

There haven’t been any more phone calls, and each second that passes is a punch to the gut. To Shavon’s possible captor, her family say this.

"Whatever it is you want, she doesn’t have it. I mean, we’re a big family, but we don’t have much, but we want Shavon back," said Randle. "We have to have Shavon back."

Shavon Randle is 5'5", 120 pounds and was last seen wearing a white shirt and blue basketball shorts. Police are sharing a possible suspect vehicle, a 4-door white sedan with damage in black paint on the rear passenger side.

Police say if you know, see or suspect anything related to this case, call 911 immediately.

On Thursday Lancaster PD said it had been in contact with the FBI to help in the search.