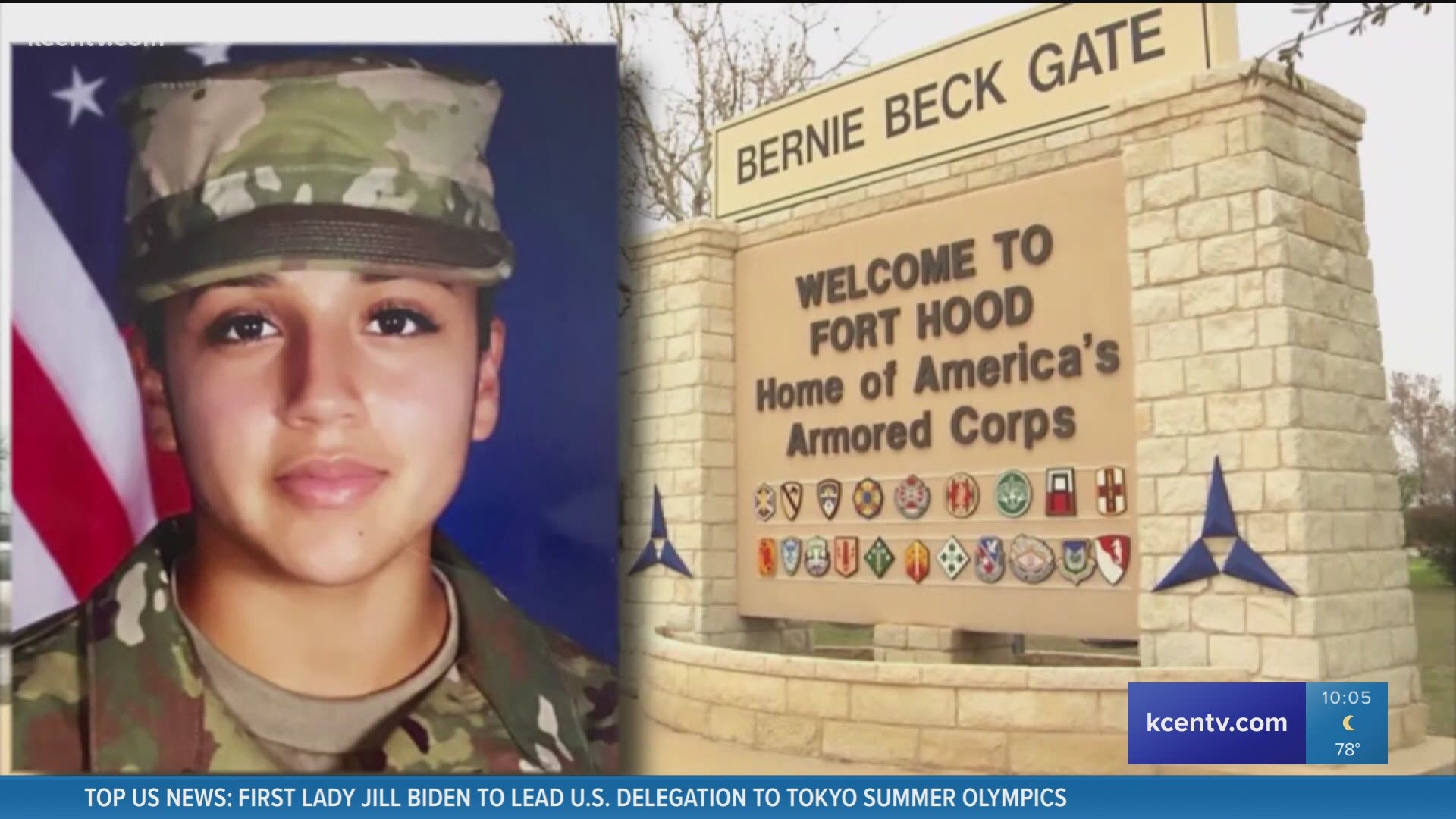 FORT HOOD, Texas — The family of the murdered Fort Hood soldier Spc. Vanessa Guillen said they learned in a meeting with U.S. Army officials Tuesday that at least three soldiers harassed Vanessa Guillen while she enlisted.

The family, attorney Natalie Khawam and Congresswoman Sylvia Garcia met with Gen. John M. Murry and other Army leaders earlier that day regarding an administrative investigation into Vanessa Guillen's case where they learned of the findings.

Gloria Guillen and Khawam called for more action in regard to punishing those involved, not just relieving them of duty or moving them to a different post, but removing them from the Army altogether.

"The NCOs that sexually harassed Vanessa are still on salary," Khawam said. "It's unfair to watch perpetrators and wrongdoers sit and exist in the Army system because all you are doing is moving them from one base to another and that's not fixing the problem. That's just allowing someone to get away in the loopholes of the system."

"There was no punishment," Gloria Guillen said in Spanish. "There is no justice for my daughter yet. I don't see justice happening anywhere."

Garcia said she was encouraged that steps were being taken to address the issues Guillen's case has brought to light on Fort Hood, but she said it wasn't enough. Garcia mentioned the 14 soldiers who were relieved or suspended over the handling of sexual violence on Fort Hood are still in the Army.

Garcia said they are still waiting to see if White will court martial another suspect in regard to the claim that they sexually harassed Vanessa Guillen.

They also continued to call for the passage of the #IAmVanessaGuillen Act, which would allow soldiers to report and handle sexual violence cases, with a third party outside of the chain of command.

"I pray to God that all of this can be over this year and that we can get justice so that my daughter can finally rest in peace," Gloria Guillen said.

Khawam also clarified that a criminal investigation into the case is still open.

Vanessa Guillen was reportedly murdered in a Fort Hood armory room by Spc. Aaron Robinson on April 22, 2020, according to a criminal complaint. Then, Robinson, with the help of his girlfriend Cecily Aguilar, dismembered and buried Guillen's body along the Leon River, per the complaint.

Vanessa Guillen's body was found on June 30, 2020. Robinson shot and killed himself the following day as police officers with the Killeen Police Department moved in to arrest him. Aguilar was charged in the case and is still awaiting trial.