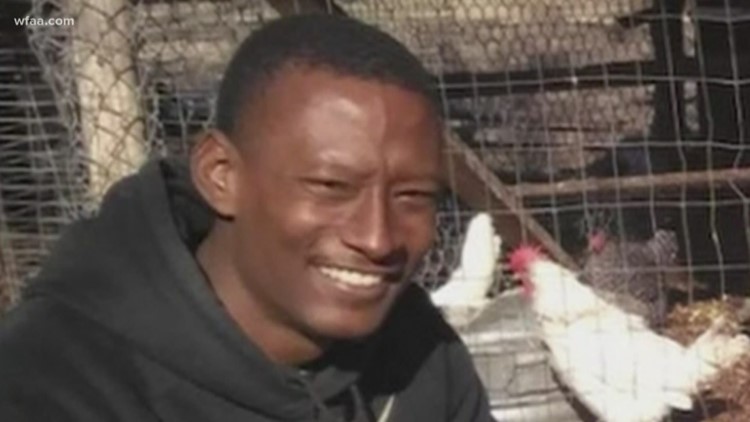 DALLAS — Members of a grieving family say they are stuck in limbo.

Dallas police arrested Rashad Madden in May 2019. During the arrest, officers used a Taser on the 29-year-old man several times. Madden died two months later, and his family says they are left with lots of questions.

“It's just been very hard," Shabreeka Kennedy said as she sat next to family attorneys during a press conference on Tuesday. Kennedy was Madden’s girlfriend and the mother of his 3-year-old daughter.

Madden’s family was finally given the autopsy report they’d been requesting for nearly six months. But the report isn’t bringing closure.

When Madden was tased in 2019, Dallas officers say they were called to a scene and saw the man with a gun. They say Madden crawled under a van and ignored verbal commands to surrender. In May, police say they shot at him, but missed. They Tasered him instead.

RELATED: Dallas family left searching for answers into loved one’s cause of death

Madden’s family released photos of him from his time in the hospital after his arrest. Madden was treated for a variety of serious injuries and infections up to his death on July 28, 2019.

In the autopsy, a doctor concluded Madden died from an accident resulting from the toxic effects of cocaine and amphetamines. The report determined those factors, along with psychiatric disease, exaggerated his behavior leading to a confrontation with police where he was tased.

"He suffered brutal, fatal, injuries that do not reflect an overdose," Madden's family's attorney Justin Moore said, contradicting the report.

The Dallas County Southwest Center for Forensic Sciences is being tight-lipped about details. Workers will only confirm an unidentified staffer is on administrative leave. They will not say what lead to the reprimand.

However, Moore said that the original medical examiner that conducted this investigation is on administrative leave.

The attorneys and Madden’s family believe there is something fishy with the Dallas County Medical Examiner Office's findings.

The Dallas County District Attorney’s Office will not confirm whether it is looking into the police tasing or the allegations into the medical examiner’s office staffer.

A spokesperson from the Dallas County District Attorney’s Office had no comment on the matter when asked.

Kennedy and her attorneys say they will be taking their concerns to the Dallas Police Oversight Board.

“I need proof of what they are saying that he did," Kennedy said.

Editor’s note: A quote from the family’s lawyer has been removed from this story.