So far, 800 plus cases and 25 deaths in China have been reported. 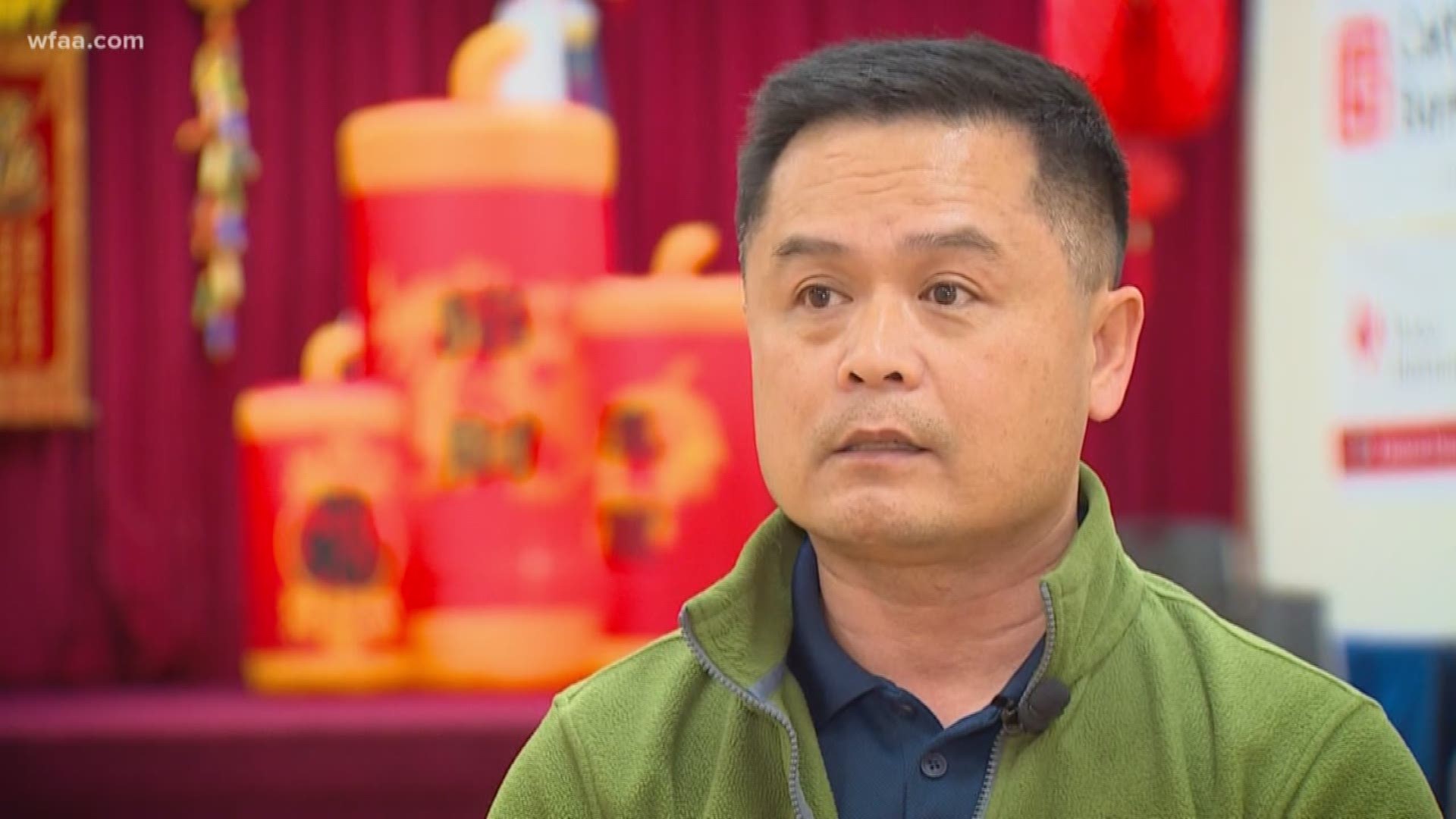 DALLAS, Texas — Chinese officials have locked down three cities in an attempt to prevent the spread of the deadly new coronavirus which as of Thursday night had claimed 25 lives.

The cities of Wuhan, Huanggang, and Ezhou all travel restrictions in place.

Over 830 cases had been reported by Thursday night and at least 177 are severe.

The headlines were front and center at DFW China Town, a shopping center off of Interstate 75 in Richardson that's home to multiple Asian restaurants, a grocery store, and the Dallas Chinese Community Center.

George Fang, a table tennis coach at the center, said the timing isn't great. A number of families and relatives are traveling ahead of the busy Lunar New Year holiday.

Fang, who is a native of Taiwan, told WFAA his wife is visiting family in the territory now.

Taiwan, an island state, sees 80,000 tourists per month from China and has one confirmed case of the new coronavirus.

"She went back for her family reunion," Fang said. "People are scared, but Taiwan handles this kind of thing very well."

Direct flights between Taiwan and Wuhan were canceled Thursday, with China Airlines and Mandarin Airlines announcing cancellations until Feb. 27.

Fang said that everything is similar to the early 2000s during the SARS (severe acute respiratory syndrome) outbreak.

Fang is referring to the neverending images of citizens wearing protective masks in public areas, and how it helped contain the spread of the virus.

Over a decade later, people will remember that.

"On the highspeed train or on airplanes--people will carry a mask so there's not a lot of panicking," Fang said. "Wear the mask, keep washing your hands, and you should be safe."

RELATED: 3 major US airports to screen passengers from China for new virus

A number of people in DFW China Town told WFAA that they had family near or around Wuhan.

One waitress said that she would be sending masks to her relatives because there's a need for more right now.

The thought of family traveling abroad for Lunar New Year during the outbreak has caught the attention of at least one group that canceled a popular Chinese storytelling event at the Allen Public Library.

Per the City of Allen, DFW Chinese Storytime Garden canceled its storytelling event on Feb. 1 out of an abundance of caution because those who attend may have traveled to visit family in China.

He added he's not too worried about his wife, as long as health officials keep the public in the know.

"If they get enough information, people should know how to protect themselves," Fang said.