Detective Jerry Walker, the first Little Elm police officer to be killed in the line of duty, was laid to rest Tuesday in Plano. 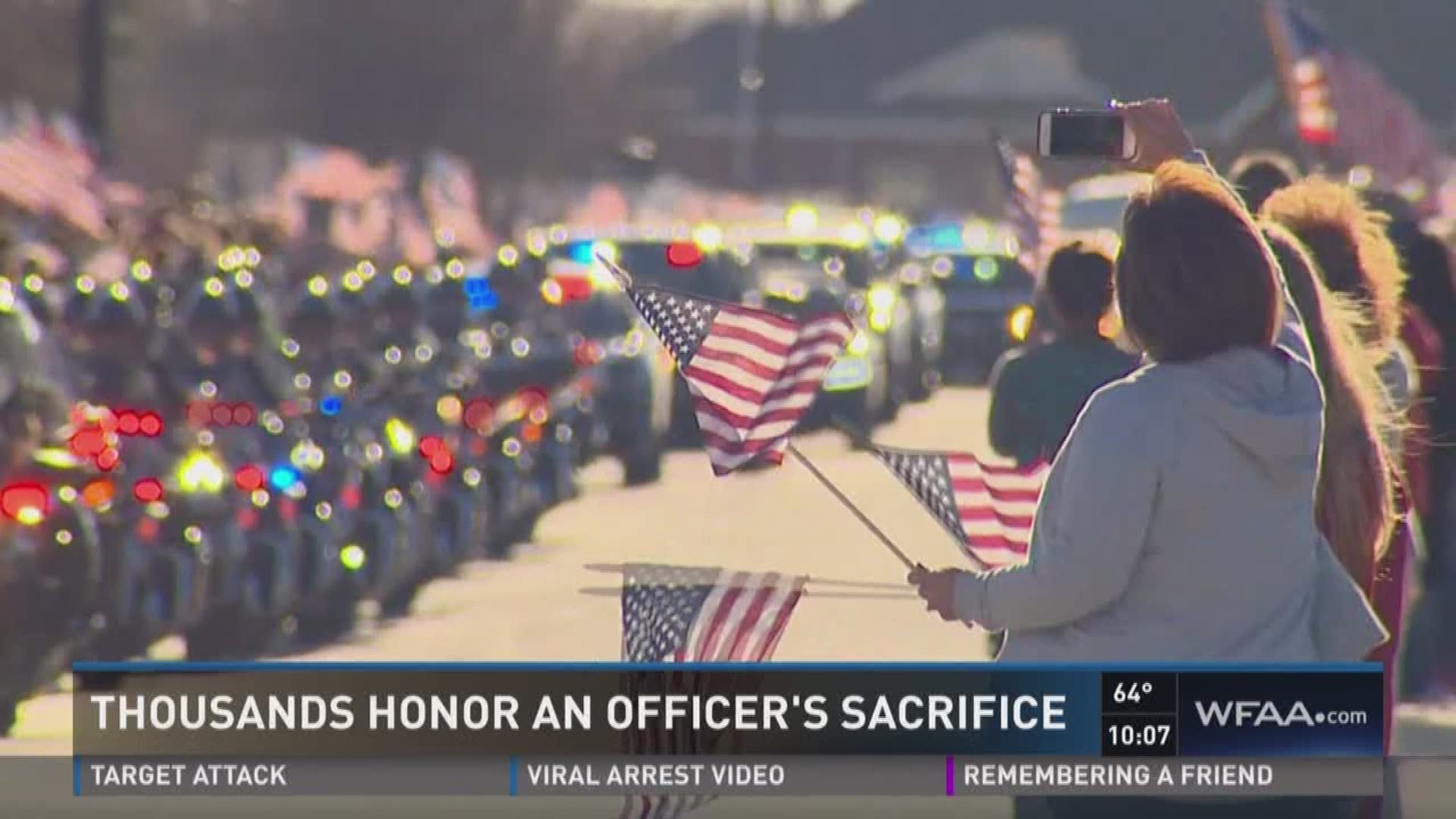 Detective Jerry Walker, the first Little Elm police officer to be killed in the line of duty, was laid to rest Tuesday in Plano.

Hundreds of officers from departments state- and nationwide joined family and friends in attendance the service at Plano’s Prestonwood Baptist Church.

“Jerry’s spirit and memory will live on as long as there is breath in the lungs of the brotherhood of law enforcement officers across this country,” Little Elm Police Chief Rodney Harrison said.

Walker, 47, was gunned down by a man barricaded inside a home last week. The suspect was also found dead.

Walker’s badge number, No. 633, was retired Tuesday. Harrison said it would never be worn again by a Little Elm officer.

"I want all of y’all to remember Detective Walker,” said fellow officer and friend Lt. Brad Wilcox. “But I'm asking you to never forget about my friend Jerry."

"Jerry never gave up on anything so y’all don't give up either,” Middleton told the assembled crowd of officers. "From what I know about Jerry he would want you to press on. Jerry would want you to keep fighting the good fight. Jerry did his job with excellence right up to the last call."

The outpouring of support at the church late Tuesday morning included a seven-year-old boy paying his respect to the fallen officer.

After the service, Walker’s body was taken to Restland Memorial Park in Dallas for burial.

On Monday, law enforcement officers and civilians alike lined the roadways for Walker’s procession between Aubrey, Texas and the funeral home in Plano. 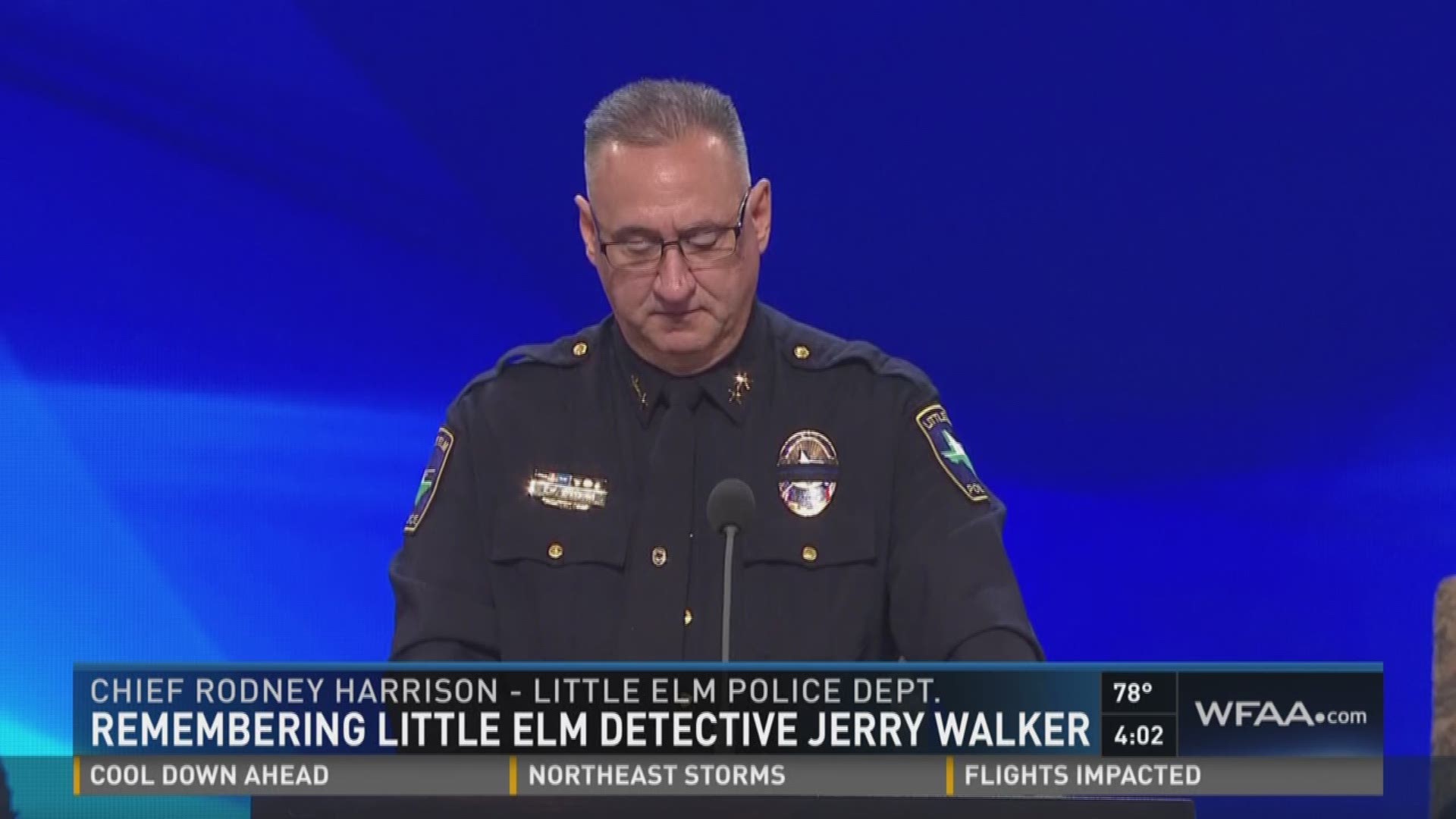