The two victims of the shooting included a man who senior minister Britt Farmer considered his best friend. 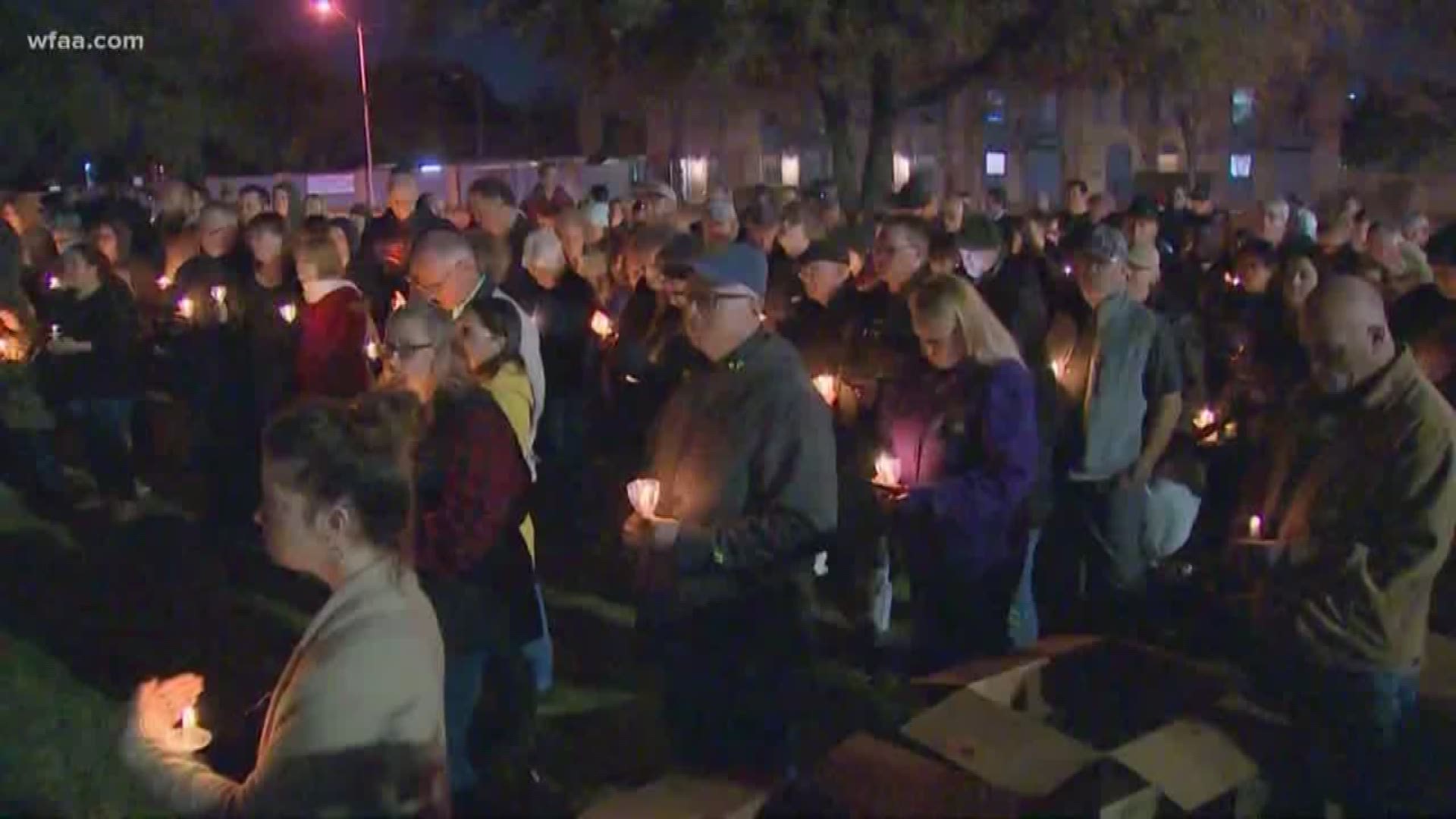 DALLAS — Two congregants were killed by a gunman during a Sunday morning service at West Freeway Church of Christ.

Senior Minister Britt Farmer says the deaths of Richard White and deacon Tony Wallace will not change his focus or the mission of his church.

“We have lost some great men. But so many other lives could have been lost,” Farmer said after a Monday night community vigil held on the lawn in front of the church. “I love this church. I love this state. And I love our country. And I love our freedoms. And I’m not going to let evil take that away.”

Farmer led a private Monday night service for the congregation and selected guests only in an older sanctuary inside the church building. The standing-room-only crowd, included Fort Worth Mayor Betsy Price. Several therapy dogs were in the lobby. State troopers provided security at every entrance.

Rick Eskew from Aledo, was among dozens, who traveled across the state to be there. He offered WFAA a candle and shared his pain.

“Heartbroken. In the world we live in I just hate the fact we’re having to go through this.”

Moments later he was among the dozens shedding tears, praying for souls they never even met. The two men shot and killed on Sunday.  And the gunman. They prayed for his soul too.

“This is to show love and support and healing for a community that has been hit hard,” said Blan Chrane, a friend of Farmer and the pastor of Franklin Church of Christ. “And to say to the world, no. No more.”

Among the people in the crowd, WFAA saw an unexpected face, Stephen Willeford. The man who stopped the church shooter in Sutherland Springs two years ago. He didn’t want to be interviewed. But told WFAA he just wanted to be there to show his support.

“Preachers don’t have many best friends. And if you’ve never been a preacher you don’t understand that. But he was my best friend. And he died saving lives. I love Richard White. Pray for me. And for all of our family here that lost these two great men,” Farmer said.

The people there Monday night admitted that times like these can do one of two things, make them question God or do the exact opposite.

“In spite of things that just don’t seem right, there still is a great deal of love and that’s the focus that we want to keep,” said Steve Grosshuesch of Red Oak.

“It just strengthens your faith because there is a God and he is in control,” added LiRue Bow of Fort Worth.

The gunman was someone the senior minister at West Freeway Church of Christ says he had met before, someone he had even helped in the past.

“I had seen him. I had visited with him. I had given him food. I had offered him food on other occasions he had been to our building.”

Yes, evil did visit the church Sunday. But Farmer wants people to know this: "Evil did not win," he said.