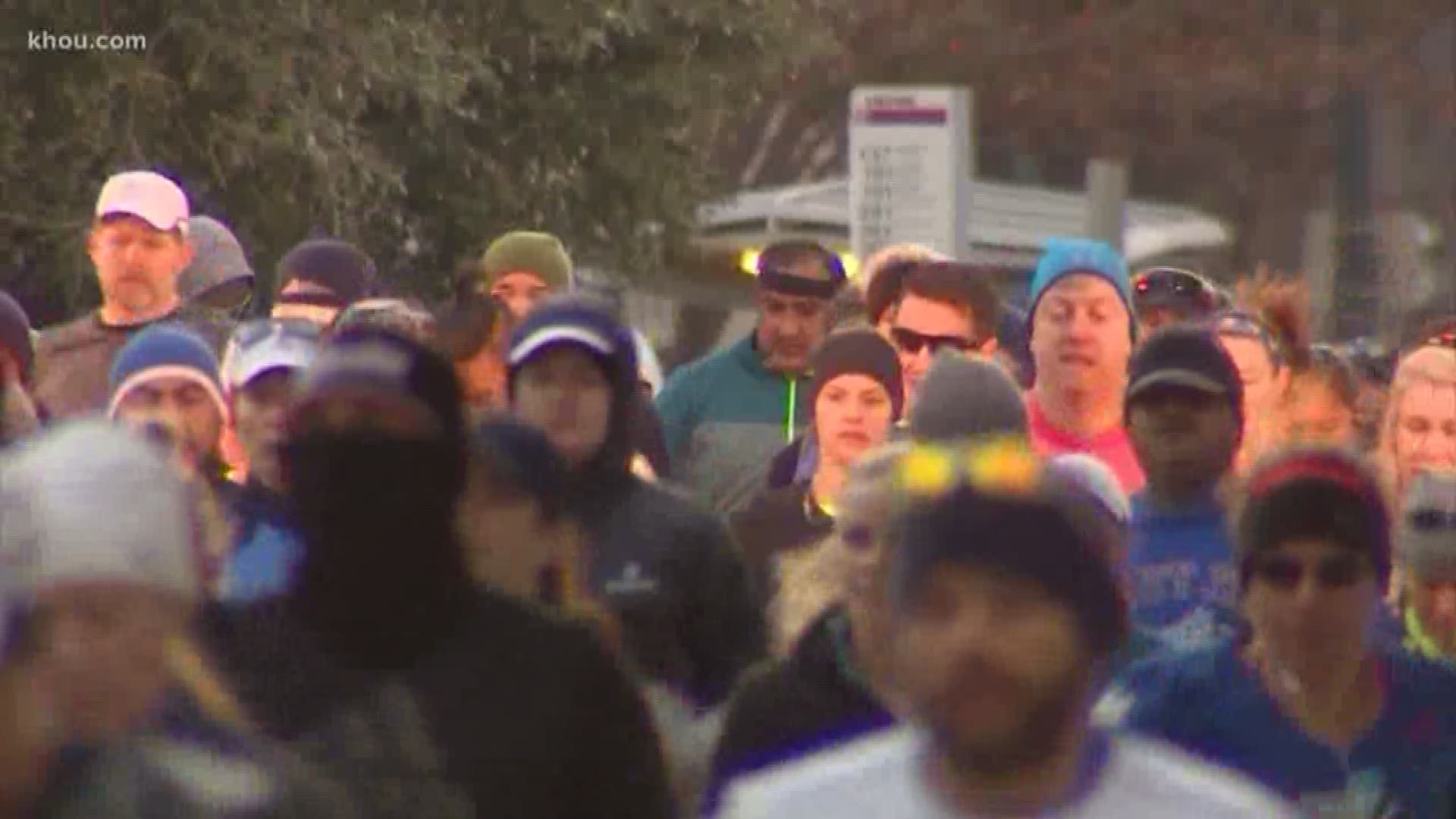 With that being said, be prepared for A LOT of street closures in and around central Houston -- starting as early as Thursday, Jan. 16.

Early athletes with disabilities will start their race at 6:50 a.m. The Marathon and Half Marathon begins at 7:01 a.m.

Street closures for these races begin as early as 5:45 a.m. Sunday. Once runners have completed their pass through each area, streets will reopen.

Motorists are encouraged to use alternate routes that avoid the course.

Race participants should arrive as early (before 5:30 a.m.) to allow for traffic and parking.

For more information on the Chevron Houston Marathon and Aramco Houston Half Marathon including driving directions from your neighborhood, click here.

Parking is available at privately owned surface lots and parking garages around the George R. Brown Convention Center and many areas in and around downtown Houston.

NOTE: The Chevron Houston Marathon does not control parking hours or prices. Be prepared to pay cash to the lot attendants.

BEST SPOTS TO WATCH THE RACES

Several mile markers on the race route offer an opportunity for spectators to pitch a chair, park their cooler and cheer on their favorite runner.

1. Mile 1: Marathon Elvis, Washington & Sabine
The King of Rock & Roll, or the King of Race Day entertainment? We’ll let you be the judge. Elvis has been a staple at mile one of the Chevron Houston Marathon for more than a decade, so be sure to take in the tunes as he serenades the runners through their ﬁrst steps of the race

2. Mile 2: Houston Fire Station 6, Washington & Larkin
Fueled by Fire, driven by Courage – Houston Fire Station 6, is home to the larger than life American Flag that runners pass in the early stages of their race. If you’re feeling patriotic or need a good photo op for Instagram, this is a spot you’ll want to capture! BONUS: you’ll see your runners pass by early enough to make a quick jump across the bayou to see them head toward the ﬁnish line too!

3. Mile 4: Katy High School Drumline, West Gray & McDuffie
Repeatedly voted into the top five of Houston Marathon HOOPLA Stations, you’ll hear the beats of the Katy High School Drumline, long before you see them! That Roarin’ Band from Tigerland is the oldest band in the Katy ISD and that experience definitely shows. We dare you to stage your support crew here and not break out a dance move or two.

City officials encourage all attendees to be vigilant about what is going on around you.