City leaders say they will make a formal announcement on Thursday. 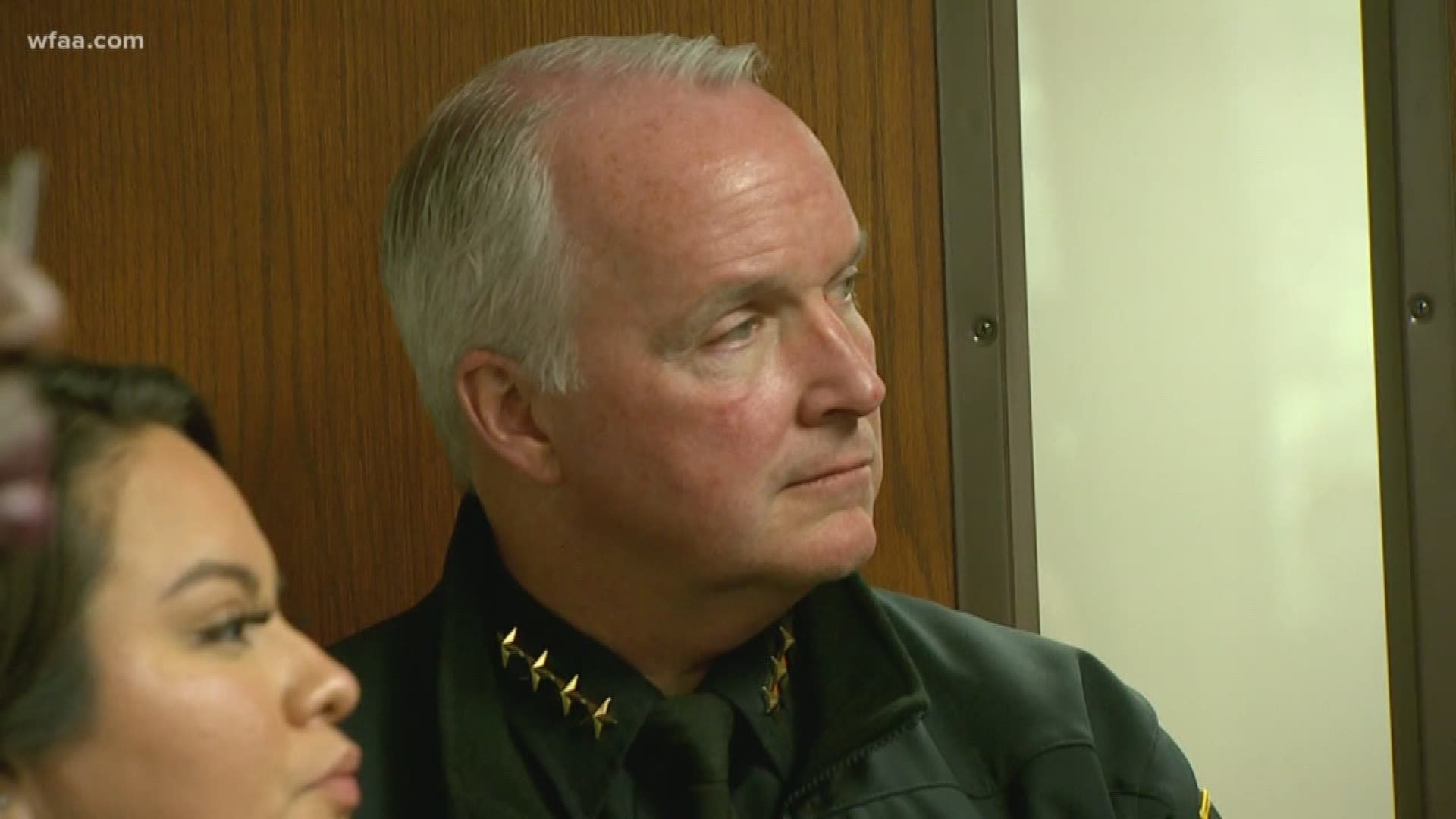 FORT WORTH, Texas — The Fort Worth Police Department has named its new chief.

Kraus has been serving as interim chief since May when former police chief Joel Fitzgerald was fired.

Last month, a Dallas County district court judge denied a motion by Fitzgerald to prevent the city from moving ahead in its pursuit of a permanent police chief.

In her ruling from the bench, Judge Gena Slaughter said she could not find irreparable harm to Fitzgerald by allowing Fort Worth to pursue a permanent police chief.

An attorney with the Fort Worth City Attorney's Office said immediately after the Nov. 21 hearing, the city was not pursuing a search for a permanent chief at the time.

"The decision to continue the leadership of the Fort Worth Police Department under Chief Kraus is the right choice. I have always been impressed with Kraus’ professionalism, leadership, and rapport with the community, rank and file officers, and city management. A homegrown officer who has served Fort Worth for more than 26 years, Kraus is a well-respected leader with a servant’s heart."

City leaders say they will make a formal announcement of Kraus' permanent position on Thursday.

Fitzgerald was fired from the department on May 20 after serving more than three years.

He maintained he was fired for being a whistleblower, exposing alleged wrongdoing related to city employee access to a sensitive criminal database.

He was fired moments before he was set to meet with FBI agents over supposed inappropriate access to the Criminal Justice Information Services database by City IT employees.

Assistant City Attorney Jay Chapa denied he had any knowledge of Fitzgerald's planned meeting with the FBI, testifying Wednesday that the decision to fire the police chief was made the week before and his termination memo was completed prior to May 20.

This is a developing story and will be updated. For more breaking news coverage, download the all-new WFAA app