‘Getting rid of the distance between us’: Duncanville flight attendant says conversation on racism with airline CEO was important reminder

Flight attendant JacqueRae Hill says forming a relationship with someone changes your view of them. She believes that’s how we get "rid of the distance between us." 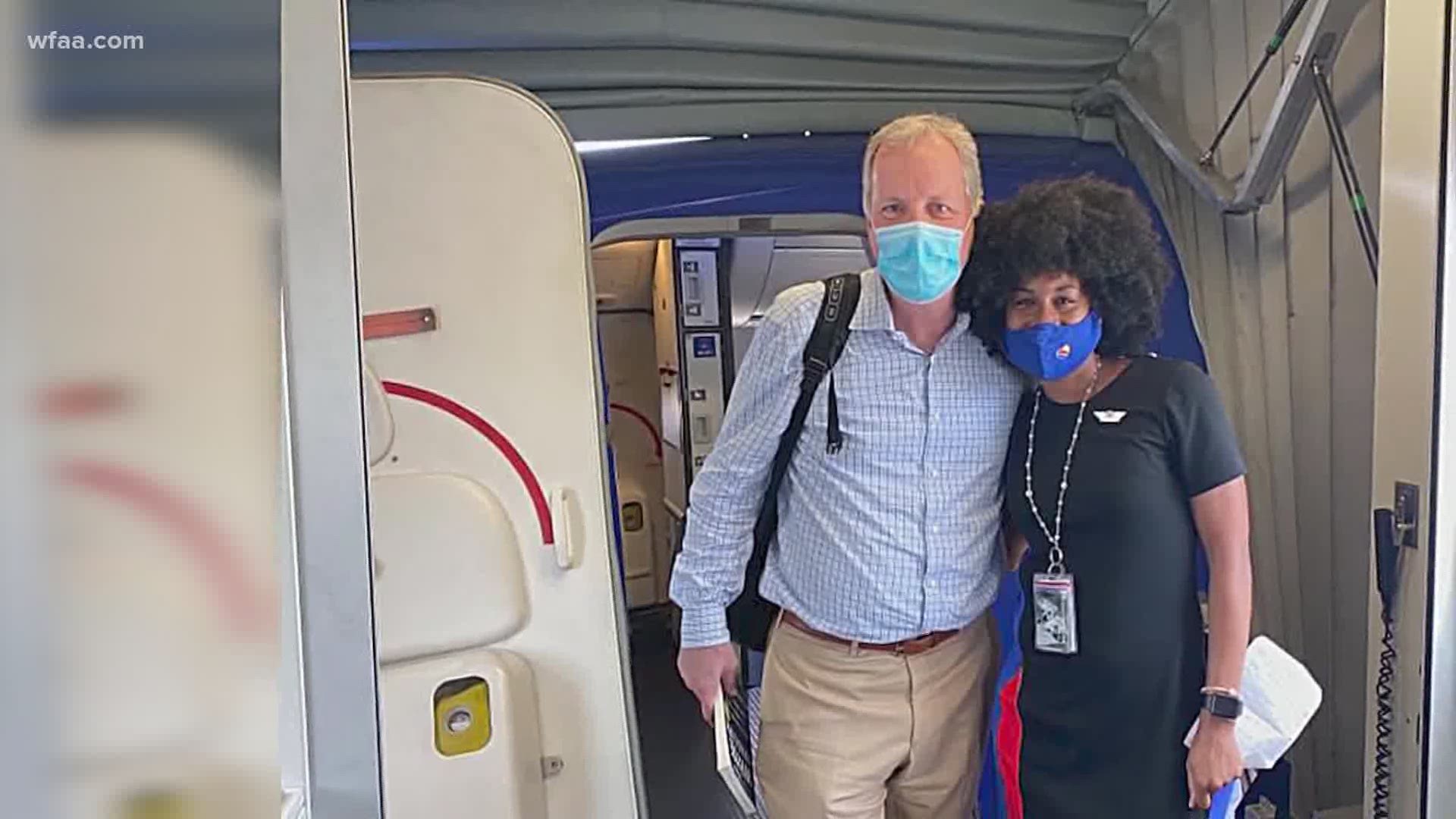 One encounter can change the course of a person's day or week. That's the lesson a Southwest flight attendant learned a week ago. And she believes her experience is a roadmap for how our community and society could start to come together.

JacqueRae Hill, who is from Duncanville, was working a flight almost a week ago, when American Airlines CEO Doug Parker boarded. She didn't know who he was, but their conversation -- sparked by the book he was reading -- changed her day.

Hill wears her smile proudly at work, but because of recent events, she's had a harding time finding that smile the last few weeks.

"I have to go and smile and comfort people and, you know, help people," said JacqueRae Hill, who is from Duncanville. "I'm in the service industry and that's what I have to do."

The images and videos of George Floyd taking his last breath have weighed heavily on her.

"I was watching TV and I would switch to each channel. So it was just a lot that I  was doing to myself, just inundating myself with all that negative energy,” Hill added.

If that wasn’t enough, she says some of the feedback she’s seen online has really caused some concerns.

"I'm honestly angry because it's hard telling people over and over again what's happening and that we need to change it. It's not a color thing, it's a right or wrong thing," Hill said, speaking on racism and trying to explain to friends how she's feeling.

A conversation about what’s right and wrong is exactly what she hoped for and, last Friday morning, she got it during a chance encounter with a stranger.

"Because he had that book, I felt like he wanted the conversation," she added.

The book she’s referring to is 'White fragility: Why it’s so hard for white people to talk about racism' by Robin Diangelo.

The man who boarded the Southwest Airlines flight: the CEO of American Airlines Doug Parker.

"He was like, 'oh yeah, I'm halfway through it. It just talks about you know, how we need to talk about these things and it's up to us. It's our fault,'" she said, recalling their conversation.

She described that encounter in a Facebook post that has been shared thousands of times. Hill says that conversation has reminded her of something she hopes others will remember as well.

"I cannot stress enough, if you form a relationship with somebody, how that changes your view on them," Hill said. "Just getting rid of the distance between us as a society, stop making us so self-centered and open our eyes to the things that are going on with other people."

In her situation, all it took was a book in hand and a genuine smile from a stranger to connect to someone new, someone who didn't look like her. A possibility she hopes we'll all consider.