Was a UFO spotted in Denton? Officials clarify what was in the sky Wednesday night

Unfortunately for some and relieving for others, this was not the case. 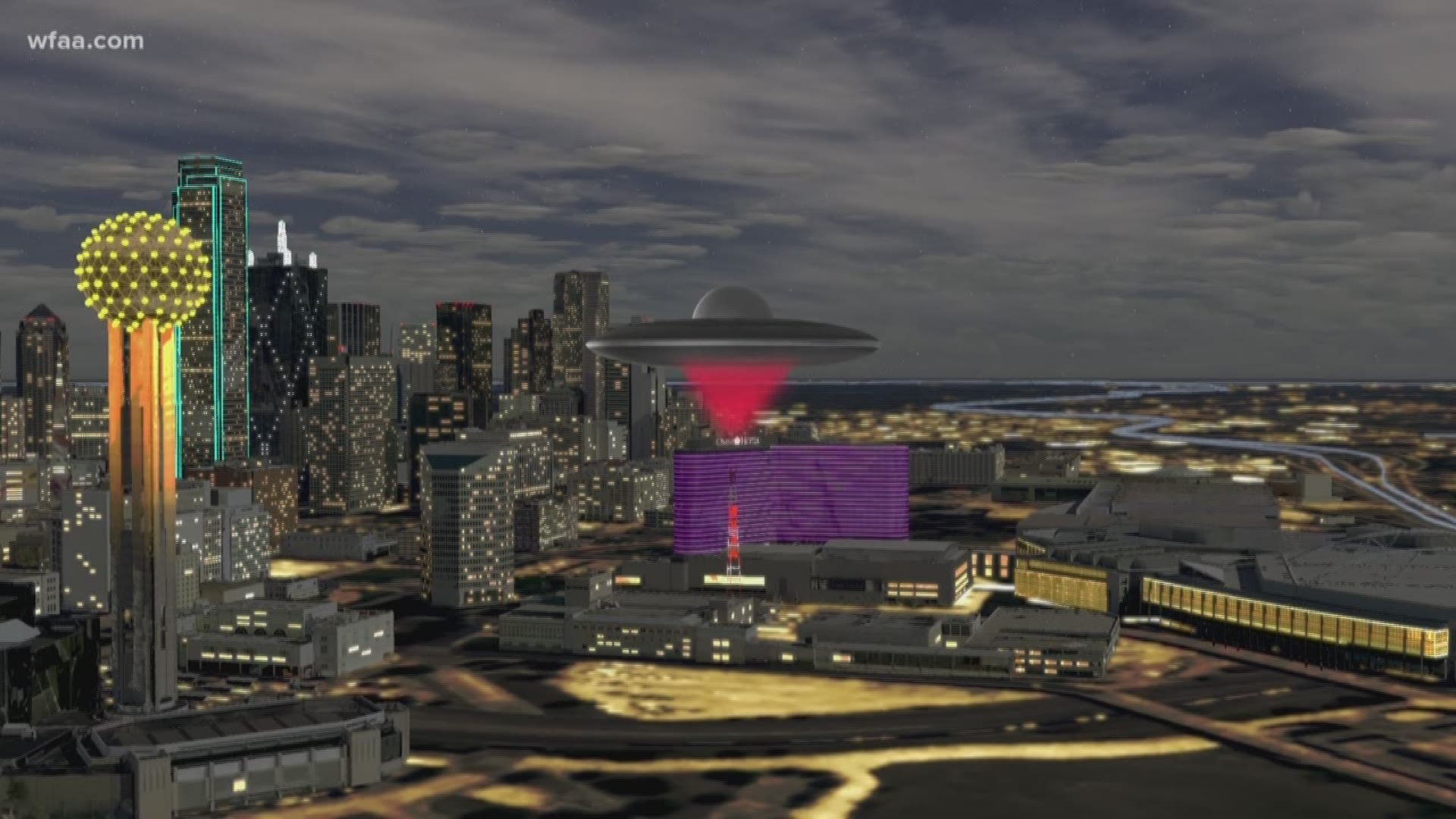 DENTON, Texas — Editor's Note: Video above is from an earlier story.

Last night, Denton County residents might have noticed something unusual in the sky.

A ray of light was spotted in the middle of the night above Greenbelt in Denton on Wednesday. But unfortunately for UFO believers and relieving for others, this was not the case.

Denton Fire Department posted a tweet with the images of this light and explained they were in the middle of a water rescue.

The light came out of a Texas Department of Public Safety helicopter. They were searching for boats that got stuck from a swift water on Greenbelt between FM 428 and U.S. Highway 380.

Nope, not a UFO, but it is DPS helping us on the Greenbelt for a water rescue. @cityofdentontx @DENTONPD Thanks to @TxDPS @LittleElmTX @CityofRoanokeTX for assisting with drones and helo tonight. pic.twitter.com/Ecty9MObyL

The DPS helicopter used the searchlight to help guide Denton Fire Department's rescue swimmers to the stranded boaters. The aircrew also used a thermal imager to locate the boats.

Denton's rescue swimmers team had other cities helping in the rescue. Drones from Little Elm and the city of Roanoke were also used.

The successful operation rescued two victims from their non-motorized boat that was surrounded by debris and was unable to get cleared.

Both boaters are safe now and were checked out by crews from Denton firefighters.

The DPS Helicopter assisted @DentonFireDept with the recovery of stranded boaters due to swift water. The aircrew utilized the onboard thermal imager and search light to help guide @DentonFireDept Rescue Swimmers to the boaters. The boaters were recovered safely. #teamwork. pic.twitter.com/EaUgEyD8Gg